Read The Curse of Babylon Online

The Curse of Babylon 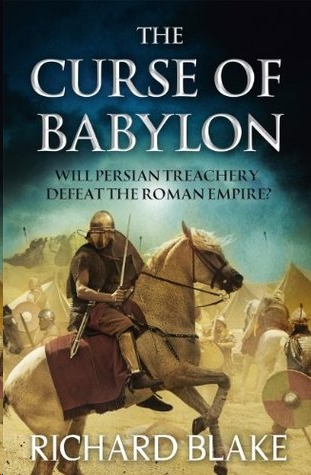 The Terror of Constantinople

The Blood of Alexandria

The Sword of Damascus

The Ghosts of Athens

The Curse of Babylon

Work has been asserted by him in accordance with

the Copyright, Designs and Patents Act 1988.

To my dear wife Andrea

And to my little daughter Philippa

And to my mummy

The verse in Chapter 27 is from the
Epic of Gilgamesh
(c.1500 BC), translated in 1920 by Albert T. Clay, and published on the Project Gutenberg archive of public domain e-texts. Translation:

May he make thine eyes see the prophecy of thy mouth!

May he track out (for thee) the closed path!

May he level the road for thy treading!

May he level the mountain for thy foot!

I have a counsel from the wise,

From the advice of the ancients.

I will pass it upon you.

By truth in the world,

If you accept this counsel,

It will be your benefit for this life and the next.

What do you say to a boy of fifteen when you’re sending him to his death? The easy answer is you say nothing. After so many repetitions of the dream, there was nothing more to be said. I was staring into the face of someone who’d been dead over seventy years. He’d volunteered to serve. He’d then volunteered for nearly certain death. If that weren’t enough, I had been only nominally in charge at the Battle of Larydia. I’d been a mile away when he went into battle. At the head of a frontal assault, I was hardly out of danger myself.

The easy answer never mattered. I looked into his eyes and saw him try for a nervous smile, then reach up to touch crisp and very dark hair. Another moment and I’d hear a voice behind me explain the plan of attack. It had all the boldness of desperation. We were three hundred men against forty or fifty thousand. Once the Persians were out of the mountain passes, nothing at all might stop them till they reached the walls of Constantinople. Hit them in the passes, though – and hit them in a manner suggesting we were the first wave of a bigger force – and they
might
crumple and make a run for it. But this part of the attack was the ultimate in desperation. Of the hundred men about to run down into the battle not one would return. A boy who was now shivering in the cold of a mountain dawn wouldn’t live to feel the noonday heat.

I’ve said I wasn’t there. I’d been watching events at the front of that gigantic invasion force. No place in this dream, though, for spying on Shahin as he put on his reluctant show. I knew that he was down in the pass, his back to me, ready to present a
certain object
to his master. I could almost see the cold glitter of the thing in its box, and the dark luxuriance of the box on a table spread with yellow silk. But almost seeing isn’t actual seeing. I was dreaming of events above the pass. I focused once more on the boy.

Fifteen is no age for dying. I’ve had six times that and more, and I could live a little yet. Familiarity aside, what makes the dream bearable on every repetition is that the boy never sees me. Behind me, the voice was now going over the plan. It made no mention of wider issues. It was the sort of talk you’d want if you were ever about to attack a force inconceivably larger than your own – cover those beside you; keep in their cover; don’t drop your weapon; don’t stop for booty; listen for the signal to pull back;
and go to the toilet now
! That always got a big laugh. The boy was looking through me, at the owner of the voice. Also behind me, the little priest was holding up an icon of Saint Michael. He would soon claim that no earthly hand had painted it, and that all who fell this day would be received straight into Heaven, washed clean of their sins. That would be followed by a loud cheer. Then as the sun rose higher in a sky turning a painful blue, they’d get into position for their downward rush into the butcher’s market.

And, all the while, I looked into the eyes of a boy whose mangled body I’d see later that day . . .

It was dawn already. My jailor was in the room. ‘Get up, you lazy old bastard!’ he shouted in English, pulling the blanket off me. ‘Who should listen to you, blubbering away in your sleep, when every better man’s already finished saying his prayers? Get up, and give thanks to God that you aren’t yet in Hell!’

Unpredictable stuff, opium. You can hope it’ll blot out all the discomforts of age and give you a good night’s sleep. Mostly, it does. Then, every so often, it’ll give you the sort of spiritual burp that leaves you wondering if you’re not better off without it. I opened my eyes and waited for Brother Ambrose to come into what passes nowadays for focus. I found the gloom and the loud twittering of birds outside most provoking. But he’d not be nagging me this morning into my fine outgoing clothes, or stuffing me into that wheelbarrow again. That could warm my heart, if not my hands or feet.