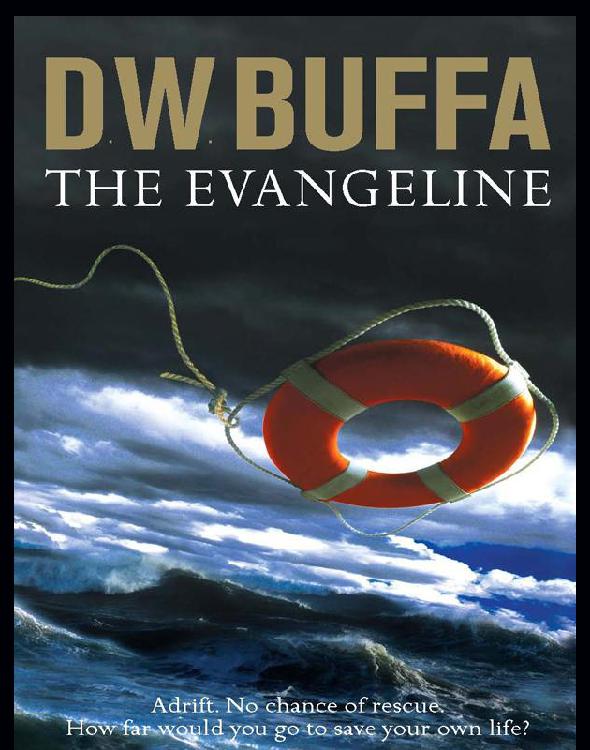 The Evangeline, the finest ship of her kind, built to sail anywhere in the world, sinks in a ferocious storm off the coast of Africa. A single lifeboat with fourteen people crowded into it gets away. Forty days later, a thousand miles from South America, six survivors are rescued from the sea. One of them, the captain Vincent Marlowe, is charged with murder. His only defence is that it was necessary to kill some to save the others. Using his intricate legal experience, D.W. Buffa explores whether there are some ethical questions that cannot be decided with manmade laws. The Evangeline is a gripping courtroom thriller that destroys our trusted notions of good and evil. From the author of the acclaimed Joseph Antonelli novels, The Evangeline is D.W. Buffa's eighth book. Buffa served as a defence attorney for ten years. 'Buffa, himself a lawyer, creates suspense in the courtroom that is remarkable. Through the individual accounts of the witnesses, a picture of the drama at high sea is vividly described.' - German Press Agency 'Ever since Moby Dick we fear that the ocean treats human beings by its own rules. Marlowe, a worthy successor of Captain Ahab, was the only one who knew these rules.' - Lufthansa Exclusive magazine

OTHER BOOKS BY D. W. BUFFA

First published in Australia in 2006

All rights reserved. No part of this book may be reproduced or transmitted in any form or by any means, electronic or mechanical, including photocopying, recording or by any information storage and retrieval system, without prior permission in writing from the publisher.
The Australian Copyright Act 1968
(the Act) allows a maximum of one chapter or 10 per cent of this book, whichever is the greater, to be photocopied by any educational institution for its educational purposes provided that the educational institution (or body that administers it) has given a remuneration notice to Copyright Agency Limited (CAL) under the Act.

To Michael Naumann
who gave me my start as a writer

N
O ONE SPOKE, NO ONE MOVED, THE ONLY sound a muffled cough that made the silence more profound. In the crowded solitude of the courtroom everyone waited, as much worried about what this trial might tell about themselves as about the man who was charged with the crime. Their solemn, troubled looks told you that, deep down, they wondered whether they might not have done the same thing—and whether it was really a crime at all.

At the far left, opposite the jury box, a wooden door flew open. Grey eyes blazing, the Honourable Homer Maitland moved quickly to the bench. He cast a long, thoughtful glance at the crowd and then, with a slight nod towards the clerk waiting obediently below, instructed her to bring in the jury.

Judge Maitland greeted the six men and six women with a stern formality. It seemed to serve notice, as if any notice were needed, that this was not an ordinary trial, not the kind heard dozens of times each month. This was something different, something that none of those involved in were ever likely to forget. He turned away from the jury. The narrow creases at the edge of his mouth spread along his jaw as he studied the two lawyers at the tables set side by side at right angles to the jury box.

‘Mr Roberts,’ he said in a voice as rough and weathered as his hands.

‘Your Honour?’ replied Michael Roberts for the prosecution.

It was there for just a second, a brief confession of reluctance, and something more than that: a doubt whether any of this was wise. But Roberts was not there to show doubt or hesitation; he was there to construct a case which, when he was finished, would leave no room for doubt that a crime had been committed and that the defendant—and no one else—was guilty of it.

Everyone turned to look. They had never met him, but they all knew who he was. Even before what had happened, everyone had known his name.

Whitfield took the oath in a voice that, though steady, seemed to lack conviction.

‘Would you please state your name for the record,’ Roberts began as he took a position at the side of the counsel table, only a few feet from the jury box.

Roberts struck a languid pose, his arms crossed in front of him, one foot crossed over the other.

‘You are the registered owner of a sailing vessel, the
Evangeline
?’

‘Of course. Would you describe that vessel for us, Mr Whitfield?’

‘She was a double-masted sailing ship, the finest of her kind.’

‘And it was registered in the United States?’

‘Did you purchase it new?’

‘I had her built. She was finished a year ago. She was in trial runs for several months. This was to have been her first real voyage.’

Roberts moved across the front of the courtroom to the clerk’s desk. ‘Would you be kind enough to identify these photographs?’

He handed the witness a large folder.Whitfield removed half a dozen photographs, examined each in turn and passed them back.

‘They’re photographs of the
Evangeline
. Two of them were taken the day she was christened; three of them while she was undergoing her first sea trials.’

Stepping away so everyone could see, Roberts held up the sixth and final photograph.

‘And this photograph, Mr Whitfield? When was this one taken?’

With a grim expression, Whitfield stared down at his hands. ‘The day she left.’

Roberts stood next to the railing in front of the jury box, waiting until Whitfield looked back.

‘The day she left Nice,’ Whitfield explained in a distant, hollow voice. ‘The day she started her last voyage.’

‘The day the
Evangeline
left the south of France to sail out of the Mediterranean, past Gibraltar, down along the west coast of Africa, around the Cape, back up the eastern coast and through the Suez?’

‘Yes, that was the voyage she was on, to sail around Africa. It was meant to be a vacation, a way to get away from everything and just spend time with friends.’

‘And how many of your friends were on board the day the
Evangeline
left the harbour in Nice?’

‘Was it your plan to sail the boat yourself?’

Whitfield shook his head emphatically.‘No. I could have done it; not by myself, you understand, but with a crew. But I wanted this to be a time when I didn’t have to do anything, when I had no responsibilities at all. That’s why I hired Vincent Marlowe; so that everything would be taken care of, so that the boat and everyone on her would be in good hands.’ Whitfield bent forward and stared at Roberts. ‘I still believe that.’

‘That Vincent Marlowe was the best choice I could have made. I would trust him with …’ Whitfield suddenly stiffened; a shudder passed through him.

No Use For A Name by Penelope Wright
Driven to the Limit by Alice Gaines
Basal Ganglia by Revert, Matthew
Dizzy by Jolene Perry
Questing (Cosmis Connections, Book One) by Huffert, Barbara
Judgment Night [BUREAU 13 Book One] by Nick Pollotta
Seaweed in the Soup by Stanley Evans
Running From Fate by Rose Connelly
Hole in One by Catherine Aird
Rise to Greatness by David Von Drehle