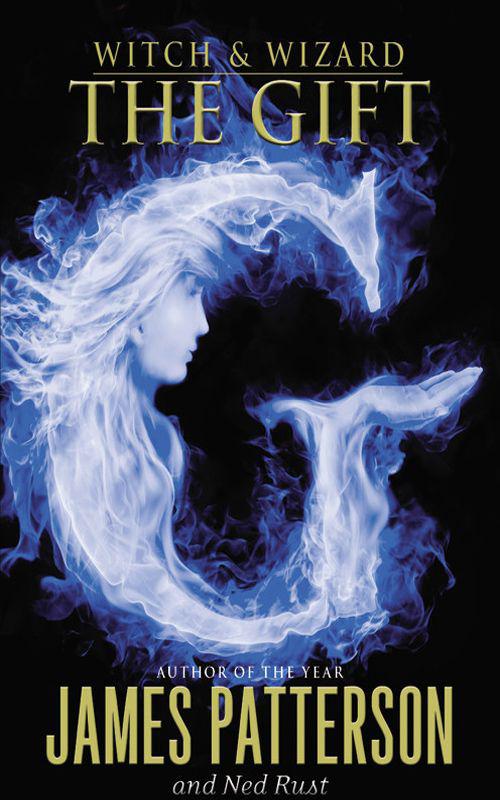 For Jack, who got me started, after I got him started.

For Ruth, for laughing at the right times.

WISTERIA ROSE ALLGOOD
, leader and last hope of the pernicious “Resistance” that has destroyed our peace of mind and diverted so much of our citizenry’s
efforts and resources, has been apprehended and will be
PUBLICLY EXECUTED
in the
COURTYARD OF JUSTICE
at
ONE O’CLOCK
this afternoon. Still wanted for collusion, conspiracy, and experimentation with the dark and foul arts is her brother,
WHITFORD P. ALLGOOD
.

So decreed by The One Who Is The One, this two hundred thirty-fifth day of the first year of the New Order’s Ascendancy.

BOOK ONE
THE GIRL WITH
THE GIFT

LISTEN TO ME. We don’t have much time.

My name is Whit Allgood. I guess you’ve heard of me and my sister, Wisty, and of the crazy stuff that’s happened, but here’s
the thing:
it’s so much worse than you think it is.

Trust me when I tell you that these are
the worst of times
and that the best of times are little more than a distant memory. And no one seems to be paying attention to what’s going
on. Are
you?

Imagine that all the things you love most in the world—and probably take for granted—are now
banned.
Your books, music, movies, art… all snatched away. Burned. That’s life under the New Order, the so-called government—or brutal
totalitarian regime—that’s taken over this world. Now, with every waking breath, we have to fight for every freedom we have
left. Even our
imagination
is at risk. Can you picture your government trying to destroy
that?
It’s
inhuman.

And yet… they’re calling
us
criminals.

That’s right. Wisty and I are the offenders in that unhappy propaganda piece brought to you by the New Order. Our crime? Engaging
in free thought and creativity.… Oh, and practicing the “dark and foul arts”—i.e., magic.

Did I lose you? Let me back up a bit.

One night not so long ago, my family was awakened by soldiers storming through our home. Wisty and I were cruelly torn from
our parents and slammed into a prison—a death camp for kids. And for what?

They accused us of being a witch and a wizard.

But, the thing is, it turns out the N.O. was actually right about that: we didn’t know it at the time, but Wisty and I
do
have powers.
Magic
powers. And now we’re scheduled to be publicly executed, along with our parents.

That particular ghoulish event hasn’t taken place yet—though it will
.
I promise those of you who crave suspense, adventure, and bloodshed that you can look forward to it. And you
will,
if you’re anything like the rest of the brainwashed “citizenry” of our land.

But if you’re one of the few who’ve escaped the N.O.’s clutches, you
need
to hear my story. And Wisty’s story. And the story of the Resistance. So when we’re gone, there’s someone left to spread
the word.

Someone to fight the good fight.

And so we begin with the story of
another
public execution: a sad and unfortunate event, an accident, as luck or fate would have it. In a phrase that I hate to use
under any circumstances:
a tragedy.

HERE’S WHAT HAPPENED, to the best of my shattered ability to recall it.

I do remember that I couldn’t have been more lost and alone as I wandered the streets of this gray, crowded, and forsaken
city.
Where is my sister? Where are the others from the Resistance?
I kept thinking, or maybe muttering the words like some homeless madman.

The New Order has already disfigured this once beautiful city beyond recognition. It seems like a decaying corpse swelling
with mindless maggots. The suffocatingly low sky, the featureless buildings—even the faces of the nervously rushing people
flooding around me—are as colorless and lifeless as the concrete under my feet.

I know the general populace has been efficiently brainwashed by the New Order, but these citizens seem a little
too
hushed, a little
too
urgent, a little
too
riveted to the
scraps of propaganda clutched in their hands like prayer books.

Suddenly, my eyes spot a word in bold letters on the paper:
EXECUTION.

And then the huge video displays hanging above the boulevard light up, and everything becomes clear to me. Every pedestrian
stops and stands stock-still, and every head turns upward as if there has suddenly been an eclipse.

On the video screens, a hooded prisoner—small-framed, frail-looking—is kneeling on a starkly lit stage.

“Wisteria Allgood,” blares a bone-chilling voice, “do you wish to confess to the use of the dark arts for the wicked purpose
of undermining all that is good and proper in our society?”

This can’t be happening. My heart is a big lump in my throat.
Wisty?
Did that voice really just say
Wisteria Allgood?
My sister’s on an executioner’s scaffold?

I grab a slack-jawed adult by his dismally gray overcoat lapels. “Where is this execution happening? Tell me right now!”

“The Courtyard of Justice.” He blinks at me irritably, as if I’ve woken him from a deep sleep. “Where else?”

“Courtyard of Justice? Where’s
that?
” I demand of the man, throwing my hands around his neck, nearly losing control of my own strength. I swear, I’m ready to
throw this adult against a wall if I have to.

“Under the victory arch—down there,” he gasps. He points at a boulevard that runs off to my left. “Let me go! I’ll call the
police!”

I shove him and take off running toward a massive ceremonial arch maybe a half mile away.

“You! Wait!” he yells after me.
“Don’t I know your face from somewhere?”

He does. Oh yes. And so would everyone else, if they took the time to notice that there was a wanted criminal running loose
in their midst.

But his fellow citizens’ eyes remain glued to the screen. They’ve got an insatiable appetite for malicious gossip of any kind
and, of course, an equal taste for senseless death and destruction.

Even when the falsely condemned are kids. Just kids.

I can hear a distant roar now. The sound of hunger—for “justice,” for blood.

I forge ahead into the pathetic herd of lemmings.
I’m not going to let them take my sister from me.
Not without a fight to the death anyway.

I round a corner, and then, across the top of the crowd, I see…
Is that my sister, Wisty, up on the stage?
She’s hooded, dressed all in black, but standing now. Proudly. Brave as ever.