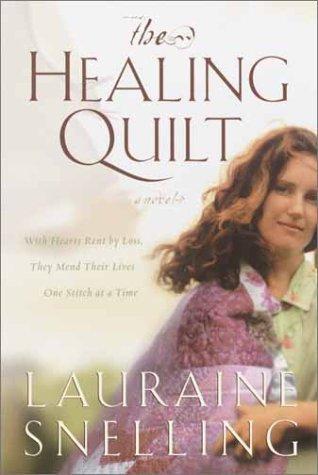 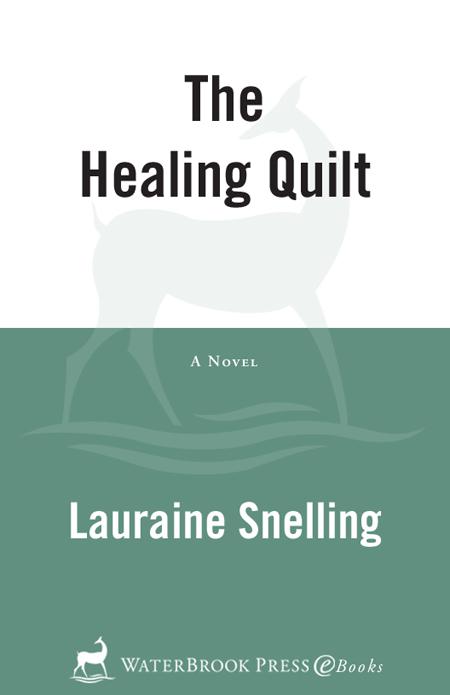 OTHER NOVELS BY LAURAINE SNELLING

RED RIVER OF THE NORTH

A Land to Call Home

Sisters of the Confederacy

Race for the Roses 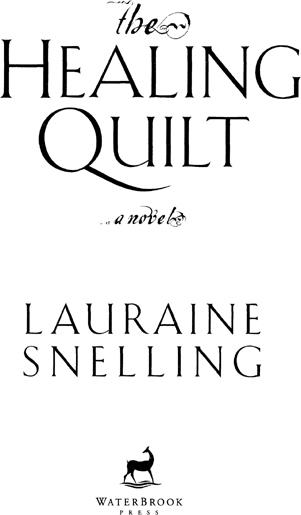 To my daughter Marie,
who is already experiencing the wonders of heaven
and is waiting for us to join her.

To God be the glory.

No book comes into being by itself, and this one more than most is the product of feedback from multiple sources. This odyssey of an idea started with Lisa Tawn Bergren asking me whether someday I would write my daughters story when I'd healed enough from the grief. Others had mentioned it earlier, but hey, she was an editor. I said I would when God made it clear the time was right.

Years passed, and she'd ask whenever she saw me. When God said “now,” we began the process, and what a lengthy one this turned out to be. Thanks to Lisa at WaterBrook Press, David Horton at Bethany, and other editorial readers, the ideas began to take shape. I have wonderful friends who brainstormed with me, including members of the Round Robins. A writing week with Chelley Kitzmiller and Woodeene Koenig-Bricker saw me through three revisions of the first chapter. Kathleen Wright read the manuscript and offered comments. My agent, Deidre Knight, went back and forth persistently with the two publishing companies.

After the contract was signed, there were more readers and more suggestions. Lisa left WaterBook, and Erin Healy took over. I threw my hands up and wrote an entirely new first chapter, my seventh version. I wrote the complete rough draft with more brainstorming from many of the friends I just mentioned, turned it in, and Erin, who had a far better overview of this book than I did, made ten pages of suggestions.

I make jokes about this being a patchwork book by a blind seamstress. Quilting books helped me. Sue and Claudia, who teach quilting, gave advice. I have no idea how many people prayed, but I know there were many and I thank every one of you.

This patchwork is stitched together with prayer and lots of love and tears. My assistant, Cecile, has cheered and encouraged and spent extra hours typing in changes and keeping my timeline straight, not easy with four strong characters, each wanting to take over the story. Husband Wayne has learned more about cooking and is always a patient sounding board, knowing that even vacation trips, like to Hawaii, are working time for his wife (who got behind again). While in Hawaii, I met Lailani and Charlotte, who introduced me to Bosom Buddies and Healing Touch, organizations that offer help to those with breast cancer. The Internet, too, has many resources for those seeking help.

So,
The Healing Quilt
, far different than its beginning, is finished. May it bring glory to God, hope and help to those who need it, and my prayer always that readers will laugh a little or a lot, cry some, and be sad when the book is finished.

Kit Cooper stared at the hummingbird forever sipping from a pink and purple fuchsia blossom that topped the black-bound, numbered squares on the calendar. As it always did, her gaze slipped to the middle week of June.

The worst week of her life, the worst day, the fifteenth.

Two years ago today Amber died. Kit sucked in a deep breath and turned back to the silent kitchen. Surely she'd grieved enough, cried enough. Some said today should be a day for rejoicing. After all, that's what Amber was doing. At least that's what the Bible said people did in heaven, spent their time praising God and singing heavenly songs.

Kit blinked hard and rolled her eyes to stare at the ceiling, a trick she'd learned that helped ward off the tears.
I will not cry again. In bad enough I woke up with a soaked pilhw, thought I was past that.
Her gaze caught an errant cobweb, so she went to the closet to fetch a broom. Opening the pantry door, she saw that the bag filled with plastic grocery sacks had fallen down, so she reached to hang that back up and discovered that the hook had fallen out of the wall. Bending over to search for the hook, she bumped the broom and clawed her way up the handle.

Heavy air smothered her, air that held tears, shed and unshed, air so thick and black it clogged her throat, burned her eyes, and set her ears to ringing. She raked long fingers through shoulder-length hair, now pepper sprinkled with salt, pulling it back away from her face and fumbling in her jeans pocket for a rubber band that wasn't there.

“Dear God, not again. I cannot do this anymore.” She leaned against the wall, between the mop and the vacuum, her tears gushing forth like a newly broken fire hydrant. “1… I thought I was beyond this.” She hiccuped and coughed. “God, I'm so alone.”

She stepped out of the closet, snagged a dishtowel off the oven handle to mop her face, then pulled a tissue out of the box and blew her nose. While she so often felt the tears would never stop, at least she'd learned one thing.

They did. But they left her feeling ravaged and raw, as if she'd been mauled by a pit bull or a cougar. While she lived, so did the pain.

Missy, Amber's basset hound, whined at Kit's feet, then lifted her muzzle in a tenor howl, her sad brown eyes a reflection of Kit's, sadder than any hound's eyes should ever be.

Kit crossed long legs and sank down beside the dog, wrapping her arms around the warm neck and resting her wet cheek on the boney head. “Ah, Missy, do you still miss her, or have you forgotten how much she loved you?” Kit stroked the dog's long, soft, black-and-tan ears.

Back when she was fighting the cancer and the pain was terrible enough to make her cry, Amber used to say that Missy's ears were the perfect tear mop. Amber had not only a high pain threshold but a will strong enough to conquer most of life's hard knocks. Except for cancer.

“She wouldn't want us sitting here, all maudlin and tear-soaked either, would she, girl?” Missy twisted and planted her two front paws in Kit's lap. She stared into Kit's eyes as if either seeking or giving reassurance, then whined, a tiny sound, more whimper, more comforting.

Kit pushed herself to her feet, returned to the pantry for a puppy treat, as Amber had called the dog biscuits, and arched one through the air toward Missy, whose tail now wagged, as she jumped and neatly caught it.

“Ah, dog, if only all of life could be cured by a rock-hard, bone-shaped cracker.”

The ringing of the doorbell made Kit wipe her eyes, give Missy one more pat, and, dog at her knee, make her sniffing way to the front door.

The boy looking up at her wore his Mariners baseball cap with the bill to one side, sported freckles across nose and cheeks, and a grin made all the more charming by one missing front tooth.

“You got any kids to play with?” He stuck his hands in the front pockets of hand-me-down jeans, the hems frayed to strings.

“Oh.” The sparkle in his blue eyes dimmed. He started to turn away, then stopped and looked over his shoulder.

“You got any grandkids?”

Do I look that old? Kit
shook her head, wishing she had something to offer him. “I have a dog that needs someone to throw the ball.” She motioned toward Missy, whose tail had upped the wagging speed to tattoo.

The Jesuits by S. W. J. O'Malley
Twice Drowned Dragon (The Gryphonpike Chronicles Book 2) by Annie Bellet
Her Reluctant Viscount (Rakes and Rogues) by Burke, Aliyah
Castle Of Bone by Farmer, Penelope
The Chickens of Atlantis and Other Foul and Filthy Fiends by Robert Rankin FVSS
The Eighth Dwarf by Ross Thomas
Other Lives by Moreno-Garcia, Silvia
SeducedByTheAntiHero by L.J. Fine
Brooklyn Girls by Gemma Burgess
Irresistible Passions by Diana DeRicci