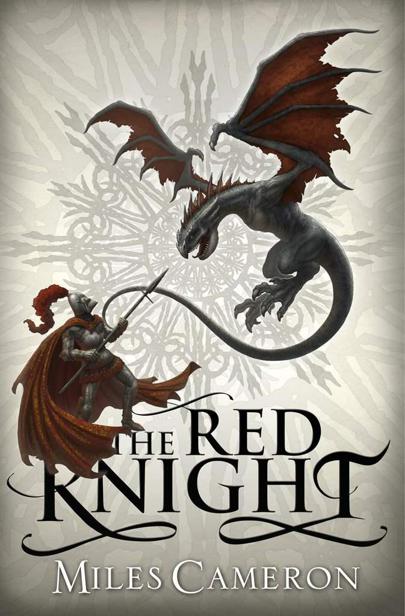 To my sister-in-law, Nancy Watt

T
he Captain of Albinkirk forced himself to stop staring out his narrow, glazed window and do some work.

He was jealous. Jealous of a boy a third of his age, commanding a pretty company of lances. Riding about. While he sat in a town so safe it was dull, growing old.

Don’t be a fool
, he told himself.
All those deeds of arms make wonderful stories, but the doing is cold, wet and terrifying. Remember?

He sighed. His hands remembered everything – the blows, the nights on the ground, the freezing cold, the gauntlets that didn’t quite fit. His hands pained him all the time, awake or
asleep.

The Captain of Albinkirk, Ser John Crayford, had not started his life as a gentleman. It was a rank he’d achieved through pure talent.

And as a reward, he sat in this rich town with a garrison a third the size that it was supposed to be on paper. A garrison of hirelings who bossed the weak, abused the women, and took money from
the tradesmen. A garrison that had too much cash, because the posting came with the right to invest in fur caravans from the north. Albinkirk furs were the marvel of ten countries. All you had to
do to get them was ride north or west into the Wild. And then come back alive.

The captain had a window that looked north-west.

He tore his eyes away from it. Again.

And put pen to paper. Carefully, laboriously, he wrote:

A Company of Adventure – well ordered, and bearing a pass signed by the constable – passed the bridge yesterday morning; near to forty lances, each lance
composed of a knight, a squire, a valet and an archer. They were very well armed and armoured in the latest Eastern manner – steel everywhere. Their captain was polite but reserved; very
young, refused to give his name; styled himself The Red Knight. His banner displayed three lacs d’amour in gold on a field sable. He declared that they were, for the most part, your
Grace’s subjects, lately come from the wars in Galle. As his pass was good, I saw no reason to keep him.

Ser John snorted, remembering the scene. No one had thought to warn him that a small army was coming his way from the east. He’d been summoned to the gate early in the
morning. Dressed in a stained cote of fustian and old hose, he’d tried to face down the cocky young pup in his glorious scarlet and gold, mounted on a war horse the size of a barn. He
hadn’t enough real soldiers to arrest any of them. The damned boy had
Great Noble
written all over him, and the Captain of Albinkirk thanked God that the whelp had paid the toll with
good grace and had good paper, as any incident between them would have gone badly. For him.

He realised he was looking at the mountains. He tore his eyes away. Again.

He also had a letter from the Abbess at Lissen Carak. She had sent to me last autumn for fifty good men, and I had to refuse her – your Grace knows I am short
enough of men as it is. I suppose she has offered her contract to sell-swords in the absence of local men.

I am, as your Grace is aware, almost one hundred men under strength; I have but four proper men-at-arms, and many of my archers are not all they should be. I respectfully request that
your Grace either replace me, or provide the necessary funds to increase the garrison to its proper place.

I am your Grace’s humblest and most respectful servant, John Crayford

The Master of the Guild of Furriers had invited him to dinner. Ser John leaned back and decided to call it a day, leaving the letter lying on his desk.

‘Sweet Jesu,’ Michael called from the other side of the wall. It was as high as a man’s shoulder, created by generations of peasants hauling stones out of
fields. Built against the wall was a two-storey stone house with outbuildings – a rich manor farm. Michael stood in the yard, peering through the house’s shattered main door.
‘Sweet Jesu,’ the squire said again. ‘They’re all dead, Captain.’

His war horse gave the captain the height to see over the wall to where his men were rolling the bodies over, stripping them of valuables as they sought for survivors. Their new employer would
not approve, but the captain thought the looting might help her understand what she was choosing to employ. In his experience, it was usually best that the prospective employer understand what he
– or she – was buying. From the first.

The captain’s squire vaulted over the stone wall that separated the walled garden from the road and took a rag from Toby, the captain’s page. Sticky mud, from the endless spring
rain, covered his thigh-high buckled boots. He produced a rag from his purse to cover his agistation and began to clean his boots. Michael was fussy and dressed for fashion. His scarlet company
surcoat was embroidered with gold stars; the heavy wool worth more than an archer’s armour. He was well born and could afford it, so it was his business.

It was the captain’s business that the lad’s hands were shaking.

‘When you feel ready to present yourself,’ the captain said lightly, but Michael froze at his words, then made himself finish his task with the rag before tossing it back to
Toby.

‘Apologies, m’lord,’ he said with a quick glance over his shoulder. ‘It was something out of the Wild, lord. Stake my soul on it.’

‘Not much of a stake,’ the captain said, holding Michael’s eye. He winked, as much to amuse the onlookers of his household as to steady his squire, who was pale enough to write
on. Then he looked around.

The rain was light – just enough to weigh down the captain’s heavy scarlet cloak without soaking it through. Beyond the walled steading stretched fields of dark, newly planted earth,
as shining and black in the rain as the captain’s horse. The upper fields toward the hills were rich with new greenery and dotted with sheep. Good earth and fertile soil promised rich crops,
as far as the eye could see on both sides of the river. This land was tamed, covered in a neat geometric pattern of hedgerows and high stone walls separating tilled plots, or neatly scattered sheep
and cattle, with the river to ship them down to the cities in the south. Crops and animals whose riches had paid for the fortress nunnery – Lissen Carak – that capped the high ridge to
the south, visible from here as a crenelated line of pale stone. Grey, grey, grey from the sky to the ground. Pale grey, dark grey, black.

Beyond the sheep, to the north, rose the Adnacrags – two hundred leagues of dense mountains that lowered over the fields, their tops lost in the clouds.

The captain laughed at his own thoughts.

The dozen soldiers nearest him looked; every head turned, each wearing matching expressions of fear.

The captain rubbed the pointed beard at his chin, shaking off the water. ‘Jacques?’ he asked his valet.

The older man sat quietly on a war horse. He was better armed than most of the valets; wearing his scarlet surcote with long, hanging sleeves over an Eastern breastplate, and with a fine sword
four feet long to the tip. He, too, combed the water out of his pointed beard while he thought.

‘How did the Wild make it here?’ The captain asked. Even with a gloved hand keeping the water from his eyes, he couldn’t
see
the edge of the Wild – there
wasn’t a stand of trees large enough to hide a deer within a mile. Two miles. Far off to the north, many leagues beyond the rainy horizon and the mountains, was the Wall. Past the Wall was
the Wild. True, the Wall was breached in many places and the Wild ran right down into the country. The Adnacrags had never been cleared. But here—

‘The usual way,’ Jacques said quietly. ‘Some fool must have invited them in.’

The captain chuckled. ‘Well,’ he said, giving his valet a crooked smile, ‘I don‘t suppose they’d call us if they didn’t have a problem. And we need the
work.’

‘It ripped them apart,’ Michael said.

He was new to the trade and well-born, but the captain appreciated how quickly he had recovered his poise. At the same time, Michael needed to learn.

‘Apart,’ Michael repeated, licking his lips. His eyes were elsewhere. ‘It
ate
her. Them.’

Mostly recovered,
the captain thought to himself. He nodded to his squire and gave his destrier, Grendel, a little rein so he backed a few steps and turned. The big horse could smell
blood and something else he didn’t like. He didn’t like most things, even at the best of times, but this was spooking him and the captain could feel his mount’s tension. Given
that Grendel wore a chamfron over his face with a spike a foot long, the horse’s annoyance could qucikly translate into mayhem.

He motioned to Toby, who was now sitting well to the side and away from the isolated steading-house and eating, which is what Toby tended to do whenever left to himself. The captain turned to
face his standard bearer and his two marshals where they sat their own fidgeting horses in the rain, waiting for his commands.