Behind the door, David Caruso positioned himself at the window. He watched as Gatz and Rizzo climbed into their car and sped away. Then he shook his head and calmly rubbed the little tufts of white hair on the back of his freckled hand, convinced that the open chain had been permanently closed and the truth buried.

He pulled the shade, stepped out of the wheelchair and walked away from the window.

The number 5 lit up on the board.

"Music is piped into the elevators. Unfortunately, the system is out right now, but it should be back in working order within two or three days."

The man smiled at the young couple. Newlyweds, fresh out of college. Ideal tenants.

"Yes. My company transferred me here from Chicago."

"Which one is that?"

"Not quite. I'm in the advertising and promotion department."

The man smiled. Good company. Good position. He liked them. "When is the little one due?"

"I have a long time to go. Five months." The girl patted her bulging abdomen and smiled.

The number 20 lit up on the board. The elevator stopped and the door slid open. The agent straightened his inexpensive brown suit and motioned them out.

The walls were papered richly. The floor was covered by a thick red carpet.

"There are fifteen apartments on each floor," he said as he turned the corner. "The incinerator is next to the elevators." He removed a key from his pocket. "Here it is, apartment twenty L." He inserted the key and opened the gray-painted door.

They stepped into a small foyer, turned to the right and walked into a very large living room. There was no furniture but the entire apartment had been recently painted. The room was rectangular with an L-shaped dining area which opened into the kitchen.

"It's a very large living room."

"Almost too large," replied the young woman. She walked across the floor to the window and turned back. "We might not have enough furniture to fill it."

"We'll buy more if we have to," answered her husband. He glanced at the renting agent. "I'm primarily concerned about the closet space and that there's enough room for us and the baby."

"Understandable. Here, look at this." The agent opened a closet in the foyer area. "It's a step-in." He flicked on the light. "There's enough room in here for many things. You could even keep the baby carriage inside."

The young woman nodded approvingly, then ducked into the kitchen, which was equipped with the most modern of appliances, including a dishwasher and a garbage disposal unit. The agent and her husband followed.

"Do we pay gas and electric?"

She nodded and walked to the refrigerator. She opened it, peered inside briefly and closed the door. "It's fine, plenty of room. Can I see the bedroom?"

The agent led them through the other door, down a short hallway into the bedroom.

"I like it," said the girl. "I had my heart set on a brown-stone, but I guess this will be better for us. It's safer and more convenient."

"There's no doubt about that. Far safer. Though I must agree with you, some brownstones are quite attractive. There used to be some beautiful ones on this block. But they were ripped down about five years ago when this building went up. I'm sure that within a few years there won't be any brownstones-except for those that are used as townhouses -in the entire city."

"If we decide to take the apartment, when can we move in?" asked the husband.

He turned to his wife. "What do you think?"

"I think we should take it."

"Good. Let's go downstairs and fill out the necessary forms. The application must be approved by the building management, but I'm sure there'll be no problems. I'll make sure it's put through today."

At the elevator the agent pressed the button; they waited.

"Yes, it is. We insist on it. If you tolerate too much noise, no one can live in peace. This floor is especially quiet."

He shrugged his shoulders. "The luck of the draw."

The elevator arrived. The young woman stepped in first, then her husband.

"What about our neighbors?" she asked.

The agent thought for a moment. "Your neighbors? Yes, let me see. There's a Mr. Jenkins in apartment M. A nice man. He plays the violin in the New York Symphony Orchestra."

"Does he practice in the apartment?"

"No, you won't hear a thing." The elevator started down. There was silence.

"And the K apartment? Is it empty?"

"No." He stopped and thought. "I suppose I should tell you, since you'll be living here. The woman who lives in twenty K is a recluse. She's a nun and I've been told she's blind. You can see her sitting in the window if you look carefully from the outside. She's been here since the building was put up. But she's no trouble at all. She never makes any noise and she never leaves the apartment."

The husband smiled. "I guess it will be good for our souls to be living next to a nun."

It was late afternoon when the couple walked out of the building, having completed the necessary forms. They crossed the street and began to walk toward Central Park West in order to catch the bus.

Her husband turned, followed the direction of her finger and stared at the top floor of the ultramodern building.

"The window. Next to the end. Can you see anything?"

He stared intently. "Yes, I think I can."

"I can't be sure. But according to the agent it is."

"What do you think?"

He looked her in the eyes and smiled. "Something to write home about." He kissed her on the cheek and they both walked down the block, satisfied with their new-found home.

The apartment was dark. There was no furniture except for a high-backed wooden chair that stood before a closed window, in front of which hung a semi-transparent drapery. In the seat was a form-human-aged beyond recognition. The eyes, bulging and swollen, were covered with hideous white cataracts. The skin was wrinkled and cracked like dried clay. The lips were thin and blue. The hair along the eyebrows and on the head was dead, stringy and broken; the complexion was waxen.

The breathing was protracted. There was no movement other than the minute lifting of the chest.

In its lap, the hands were folded, still and lifeless.

They held a gold crucifix. 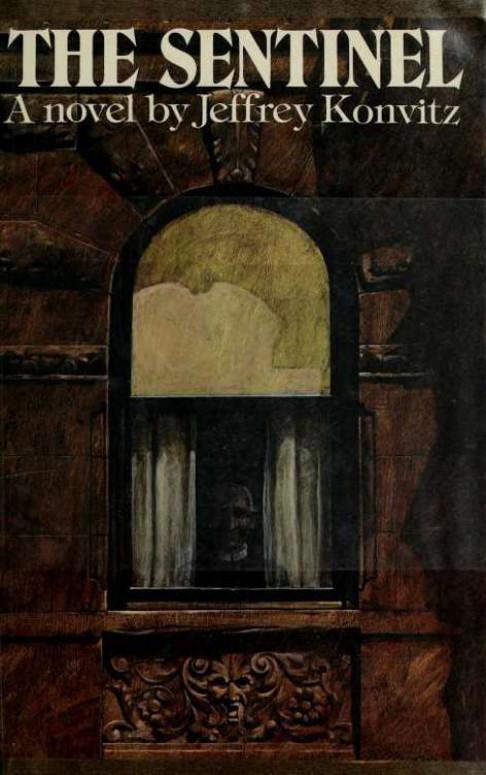 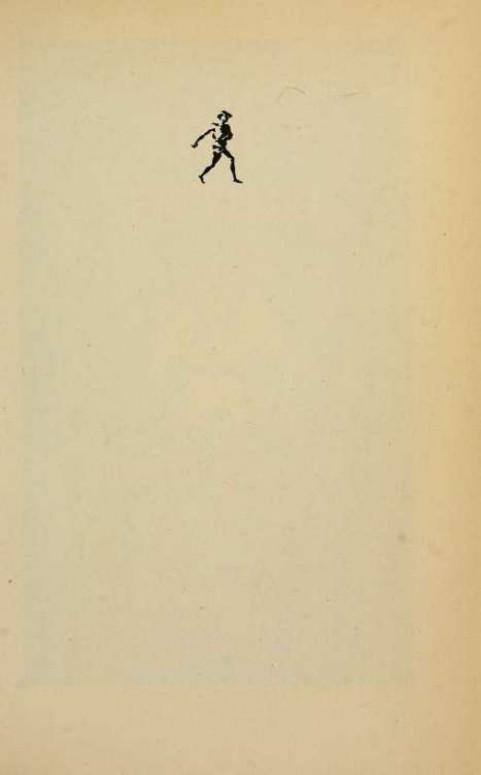 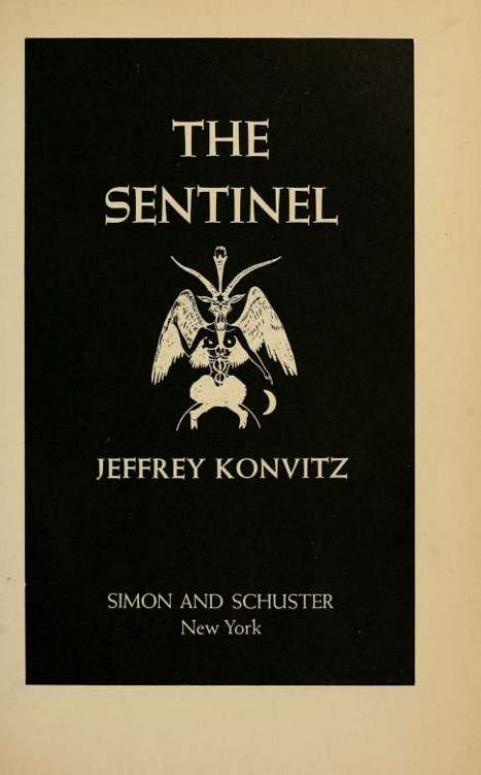 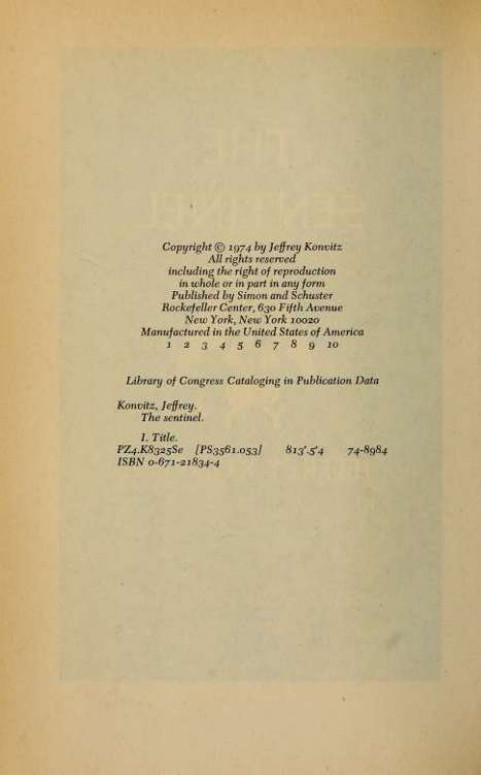 To Peter Lampack for his encouragement.

To my family for their love. 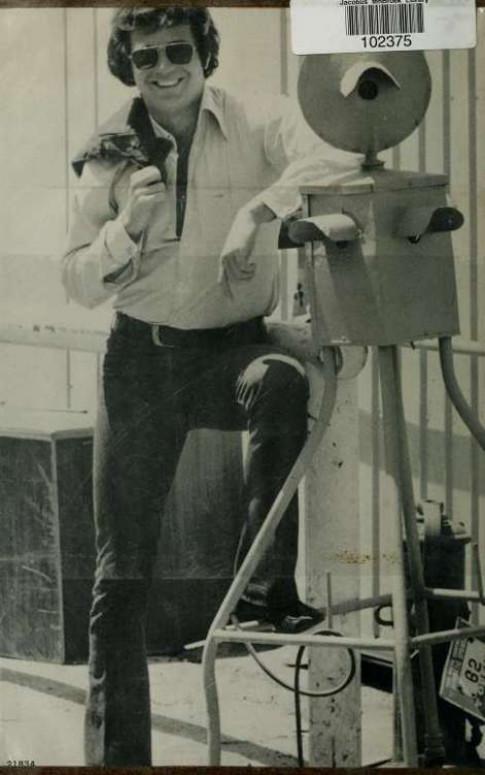