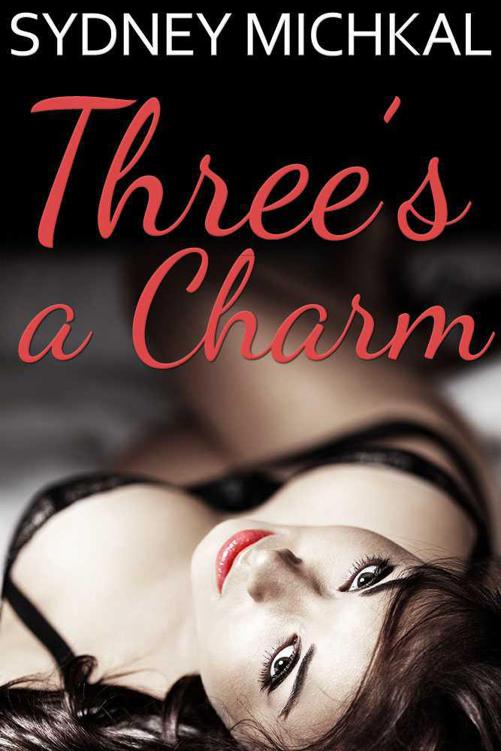 Cover art by Michaela at Sexybookcovers.com

Katie went to Los Angeles for three years, where she lost twenty pounds and
most of her self-esteem.
She also had two close calls with record deals and more first dates than she cared to remember, and at the end she slunk back to Georgia with her tail between her legs
and a tattoo that she had to get removed.
It took a long time, but
eventually she could go through an entire day without thinking about notes or chords
.
Now, she thinks about the latest in her run of asshole boyfriends
.
Katie thinks about opening up a tattoo parlor where people could get better ink than the train wrecks that marked her ass and thigh for two years.
She thinks about work and bills and her stupid car that's been clattering around on the same bum alternator for months
.
Katie
doesn’t think about promises made when she was too young to know that Hollywood lied.
Katie
doesn’t think that she ought to be a superstar by now.
She has a whole list of things that she's very good at not thinking about.  Once, she got drunk and color-coded it.

Katie
doesn’t think about the tall and devastatingly hot wannabe rock star on the stage right now, for instance, or the way that he keeps looking her way and winking like tha
t’s supposed to mean something.  (It's not his first time playing the stage.  He might be filed under "indigo" on the list.
Katie used to hate Open Mic nights for an entirely different reason.
)
Billy McGee's isn't a big or prestigious bar, and pretty female bartenders are rare enough that she's used
to
performers and patrons alike staring at her.  Besides, Billy's always nearby if she needs him
.
She hasn't needed his help in the whole eight months she's been bartending here, but it doesn't hurt to be careful
. And anyway, the fact that
Ryan--she thinks his name is Ryan--
is really goddamned hot
doesn't make it a good idea to encourage him. She still has a sort-of boyfriend (she honestly hopes that she doesn't, though), and Ryan
could be a complete freak. You never knew
with musicians

Katie is definitely not thinking about taking him on the offer if he ever makes it with more than his eyes
.  Damn, she hopes she and Paul are over.  He hasn't been to the house in a week, that means something, right?  She's so pathetic that she can't even break up with a guy, or tell when he's broken up with her
.

Katie focuses so hard on not thinking that she screws up three drinks in a row and gets a set of raised eyebrows from Billy.  Flushing,
she grabs another set of glasses, tries again, and manages a margarita that probably won't peel her customer's gums
off.  The next order is a draft beer
.
Katie concentrates on getting the foam just right rather than the sexy, bluesy rumble coming from the stage, with little success.  Ryan has a voice that curls against the back of her neck and down into her belly, lower; Katie shivers and licks a stray trace of beer from the back of her hand.  S
he hardly even notices when a whole group of guys who are maybe,
maybe
eighteen come stumbling through the door.
She does look up, finally,
when one of them collides with first a
chair, then a table when he tries to right himself from that mistake,
and goes all the way down to the floor by way of one of the waitresses
.
She squawks and catches herself just in time.  D
rinks go everywhere.

Katie
sighs
and makes eyes with Billy over
the mess
. She
feels
her eyebrows going up:
you actually let them in?
He shrugs back at her. So either
all of those guys
just look so painfully young that they’re going to be carded at thirty-five, or th
eir
fake IDs are damned good and Billy decided to just ro
ll with it and see what happens next
.
Katie
herself is barely old enough to be working in here.
That doesn't leave her much room to talk, even though most days she feels older
.

One of the guys,
not
the one
who just ruined his waitress's night
,
laughs as he grabs his buddy's arm and bodily drags him towards the nearest empty table
.
Katie
takes a closer look at
the laughing one
under the better light and
decides that, okay, fine, maybe one of them is old enough to actually be in here
. That doesn’t say anything about the rest of them, but he can stay off of her shit list for the time being.
He has dark hair and surprisingly fair, almost pearlescent skin, with blue eyes that stand out even from this distance.  Katie watches as he sets an overturned
chair upright ag
ain and puts his buddy into before whispering against his ear.  She can't be sure, but it looks like a plea not
to
cause any more chaos.
Then the laughing one heads over to her.
Katie
does the bartender smile automatically, because it’s not crowded tonight,
Ryan
on the stage or not, and she has no excuse not to. Being in a
bad mood doesn't count as an excuse
.

“Um, sorry,” the guy says as he leans his elbows up on the bar. He’s only slightly less drunk than the rest of his friends,
Katie
can tell at a glance, but he seems aware of that fact and is choosing every one of his gestures with the exaggerated care
of the deeply intoxicated.
“He doesn’t make a habit of knocking girls over
.”

“Floor’s seen worse,”
Katie
answers with a shrug.  Those eyes.  So very blue.  She feels color rising in her cheeks in spite of herself, and focuses on drawing beer.
“What can I get you?”
Ryan
on the stage stutters on one of the only bad notes that she’s ever heard him produce;
Katie
looks up and her customer turns to see as one movement.
Ryan
’s shoulders are shaking, though he keeps on singing like nothing had happened at all. Oh, fucking hell, he saw exactly what happened out on the floor, too, and he’s doing his best not to crack up right there on stage over it. The members of his band that
Katie
kinda-sorta knows have told her that that’s just one of his things, that his humor has one of the most inappropriate senses of timing of anyone that
she’ll ever meet.

Her customer looks
back at Ryan
for just a little bit too long
.  Katie starts to get a tingling sense about him, until he turns back and flips it all on its head with the way that he looks at her, too
. His eyes are dilated, just slightl
y.
It makes them even bluer.  Katie shifts her weight from one foot to the other, unsure of what she's seeing
.

“Pitcher of beer and four glasses,” the guy says, finally managing to pull his eyes away from
Ryan
. He flashes her a grin, a little sh
eepish and very self-aware.
Katie
decides to give him this: he’s not immediately devastating in the way that
Ryan
is, but the whole package has something to be said for it. “We’re winding down.”

“
That's probably wise
,”
Katie
says solemnly. Her mouth
twitches.  She turns back to her job before Blue Eyes sees.

Here’s the thing: somehow, people think that
Katie
i
s pretty.
She's not entirely sure how.
Her upper arms do this wiggly thing and her hips took about three years to get used to once she hit puberty
.
But she has long dark hair to the middle of her back and large hazel eyes, and it's a rare night when half-a-dozen customers don’t try to buy her drinks.
Katie
can’t always find a way to creatively spit them out without losing her tip.
Between Ryan and Blue Eyes, it has to be said, she feels off-center all night, eager to steady the ground under her feet again through flirting and smiling
. So when the bar finally closes down and she gets her shit together, towards dawn,
Katie
doesn’t think that it’s a good idea to drive. Or walk, maybe. Those fucking hips she has, she swears that the next person who cheerfully tells her that childbirth will be a breeze
will get
a bar glass to the face.  She closed down her register before she got really messed up, and it's not as though Billy doesn't know enough about the Paul thing, but she can still count on him getting fatherly the next time she shows her face.

Speaking of the Paul thing.
Katie
toys with calling him
and then puts her phone back into her pocket with her dignity more or less intact
.
Even if he did pick her up, they would only fight all the way to her house and then probably inside, too
.
Better to sit on the sidewalk until the sun comes up and she can walk a straight line again
.
Odds are good she wouldn't throw Paul out again after he made it into the house, anyway; she's never been good at staying mad. Her anger
always manages to short-circuit back around to worry before she h
as time to really settle in
and
seethe
.

“
Katie
?” She jerks, looks up.
Ryan stands
there with
Blue Eyes,
his guitar slung over his shoulder. The rest of
Ryan
’s band is nowhere in sight. N
either are
Blue Eye's
friends.
Blue has
his hand
resting
lightly against
Ryan
’s guitar, though, in a way that makes
Katie
think that he would rather be touching something else
.  She feels like an intruder, a little bit, but hey.  This is her piece of sidewalk.  She claimed it by successfully sitting down before she could fall.

Drinking always makes
Katie
randy.
Paul used to tease her about it, but Paul is part of the reason that Katie got hammered in the first place.  She pushes the thought away
.

Leaving the other half of her reason continuing to stand in front of her.
“I didn’t t
hink that you knew my name,” Katie
says stupidly.

Ryan
blinks, maybe a little more slowly than usual
. He’s not as steady on his feet as he ought to be, either; his s
et ended hours before, and
he had entertained himself on free drinks until the bar closed down.  Free drinks, and Blue Eyes
.
Katie
had been kept busy all night, b
ut she’s not blind, either, so.

“I’ve been playing here for nine months,”
Ryan
says. His tongue s
ounds thick. “How could I not know your name?”

That’s...really good logic, actually.
Katie
thinks that she might have hurt
Ryan
’s feelings.  If she were steadier on her feet, she would give him a hug to apologize
.

“Are you sure that you’re all right t
o be out here?”
Blue Eyes
asks her. He doesn’t look nearly as drunk as
Ryan
himself; when
Katie
casts her mind back, she doesn’t remember him having more than a beer or two the entire time that he was in the bar
.  An easy fact to overlook, given how hard his friends had been hitting their pitchers.

Imagined Empires by Zeinab Abul-Magd
The Betrayed Series: Ultimate Omnibus Collection With EXCLUSIVE Post-Shiva Short Story by Carolyn McCray
Fleeced by Julia Wills
Apart at the Seams by Marie Bostwick
The Beasts of Upton Puddle by Simon West-Bulford
Big Leagues by Jen Estes
Vegas Heat by Fern Michaels
News of the World: A Novel by Paulette Jiles
The Small Backs of Children by Lidia Yuknavitch
You Belong With Me by Joseph, M. R.