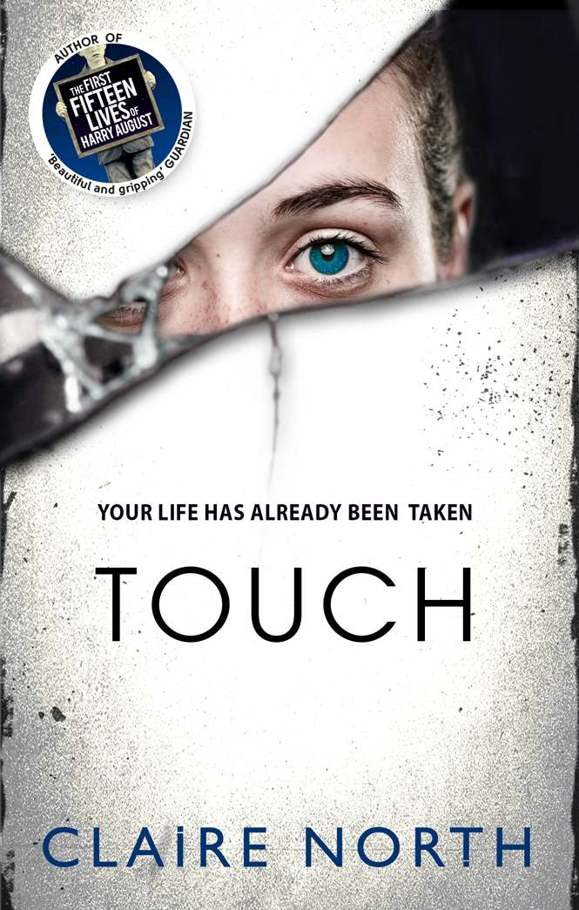 Claire North
is the pen name of Catherine Webb. She currently works as a theatre lighting designer and is a fan of big cities, urban magic, Thai food and graffiti-spotting. She lives in London.

Find out about Claire North and other Orbit authors by registering for the free monthly newsletter at
www.orbitbooks.net
.

Josephine Cebula was dying, and it should have been me.

She had two bullets in the chest, one in the leg, and that should have been the end of it, should have been enough, but the gunman had stepped over her expiring form and was looking for me.

I cowered in the body of a woman with swollen ankles and soft flabby wrists, and watched Josephine die. Her lips were blue, her skin was white, the blood came out of the lower gunshot to her stomach with the inevitability of an oil spill. As she exhaled, pink foam bubbled across her teeth, blood filling her lungs. He – her killer – was already moving on, head turning, gun raised, looking for the switch, the jump, the connection, the skin, but the station was a shoal of sardines breaking before a shark. I scattered with the crowd, stumbling in my impractical shoes, and tripped, and fell. My hand connected with the leg of a bearded man, brown-trousered and grey-haired, who perhaps, in another place, bounced spoilt grandchildren happily upon his knee. His face was distended with panic, and now he ran, knocking strangers aside with his elbows and fists, though he was doubtless a good man.

In such times you work with what you have, and he would do.

My fingers closed round his ankle, and I

slipping into his skin without a sound.

A moment of uncertainty. I had been woman; now I was man, old and frightened. But my legs were strong, and my lungs were deep, and if I had doubted either I wouldn’t have made the move. Behind me, the woman with swollen ankles cried out. The gunman turned, weapon raised.

What does he see?

A woman fallen on the stairs, a kindly old man helping her up. I wear the white cap of the hajj, I think I must love my family, and there is a kindness in the corner of my eye that terror cannot erase. I pulled the woman to her feet, dragged her towards the exit, and the killer saw only my body, not me, and turned away.

The woman, who a second ago I had been, shook away enough of her confusion to look up into my stranger’s face. Who was I? How did I come to be helping her? She had no answer, and finding only fear, gave a howl of she-wolf terror and pulled away, scratching at my chin. Breaking free, she ran.

Above, in the square portal of light at the top of the stairs: police, daylight, salvation.

Behind: a man with a gun, dark brown hair and synthetic black jacket, who wasn’t running, wasn’t firing, but was looking, looking for the skin.

On the stairs, Josephine’s spreading blood.

The blood in her throat sounded like popping candy when she breathed, barely audible over the racket of the station.

My body wanted to run, thin walls of an ageing heart pumping fast against a bony chest. Josephine’s eyes met mine, but she didn’t see me there.

I turned. Went back to her. Knelt at her side, pressed her hand over the wound nearest her heart, and whispered, “You’ll be OK. You’ll be all right.”

A train was approaching through the tunnel; I marvelled that no one had stopped the line. Then again the first shot had been fired not thirty seconds ago, and it would take almost as long to explain it as to live it.

“You’ll be OK,” I lied to Josephine, whispering soft German in her ear. “I love you.”

Perhaps the driver of the oncoming train didn’t see the blood on the stairs, the mothers holding their children close as they cowered behind grey pillars and fluorescent vending machines. Perhaps he did see it, but like a hedgehog before a cement lorry was so bewildered by the events, he couldn’t manage an independent original thought and so, training overriding initiative, he slowed down.

Faced with sirens above and a train below, the man with the gun looked around the station once more, did not see what he wanted, turned and ran.

The train doors opened, and he climbed on board.

I followed her killer on to the train.

Three and a half months before she died, a stranger’s hand pressing on hers, Josephine Cebula said, “It’s fifty euros for the hour.”

I was sitting on the end of the hotel bed, remembering why I didn’t like Frankfurt. A few beautiful streets had been restored after the war by a mayor with a sense of undefeated civic pride, but time had moved too fast, the needs of the city too great, and so a bare quarter-mile of Germanic kitsch had been rebuilt, celebrating a lost culture, a fairy-tale history. The rest was pure 1950s tedium, built in straight lines by men too busy to think of anything better.

Now grey concrete executives sat within grey concrete walls, quite possibly discussing concrete, there not being much else in Frankfurt to get enthused about. They drank some of the least good beer Germany had to offer, in some of the dullest bars in Western Europe, rode buses that came on time, paid three times the going rate for a cab out to the airport, were weary when they came, and glad when they departed.

And within all this was Josephine Cebula, who said, “Fifty euros. Not negotiable.”

“How old are you really, Josephine?”

I added up her dress, which was in its own way expensive, in that so little fabric worn on purpose could only be the consequence of high fashion. A zip ran down one side, tight against her ribs and the curve of her belly. Her boots were tight around her calves, forcing them to bulge uncomfortably just below the knee. The heel was too high for good balance, which showed in her uneasy posture. I mentally stripped her of these poor choices, pulled her chin up high, washed the cheap dye from her hair and concluded that she was beautiful.

“Why so many questions?”

“Answer them and three hundred euros are yours, right now.”

I laid out the money, a note at a time, in clean fifty bills on the floor between us.

She wanted to look at the money, wondered how much more I held, but managed to keep her eyes on me. “Then what?”

I considered. “A traveller,” I said at last. “Looking for a change of scenery. Your arms – needle marks?”

A lie, one I didn’t need to call her on, it was so weak in both conception and delivery. “May I see?”

Her eyes flickered to the money on the floor. She held out her arms. I examined the bruise in the nook of her elbow, felt the skin, so thin I was amazed my touch didn’t dent it, saw no sign of more extensive needle use. “I’m clean,” she murmured, her eyes now fixed on mine. “I’m clean.”

I let her hands go; she hugged her arms around her chest. “I don’t do any stupid stuff.”

“What kind of stupid stuff?”

“All right. I want your body.”

A shrug; this was nothing new. “For three hundred I can stay the night but I need to tell my guys.”

A snort of a laugh; she’d forgotten what humour sounded like. “You’re crazy.”

“Three months,” I repeated. “Ten thousand euros upon completion of contract, a new passport, new identity, and a fresh start in any city you name.”

“And what would you want for this?”

She turned her face away so that I might not spot the fear that ran down her throat. For a moment she considered, money at her feet, stranger sitting on the end of her bed. Then, “More. Tell me more, and I’ll think about it.”

The Serpent's Shadow by Mercedes Lackey
Home Team by Eric Walters
Jewels of the Sun by Nora Roberts
The Hangings by Bill Pronzini
Muller, Marcia - [McCone 03] Cheshire Cat's Eye, The_(v.1,shtml)
Tales of the Old World by Marc Gascoigne, Christian Dunn (ed) - (ebook by Undead)
Cities in Flight by James Blish
Astounding! by Kim Fielding
I Will Find You by Joanna Connors
The Call-Girls by Arthur Koestler