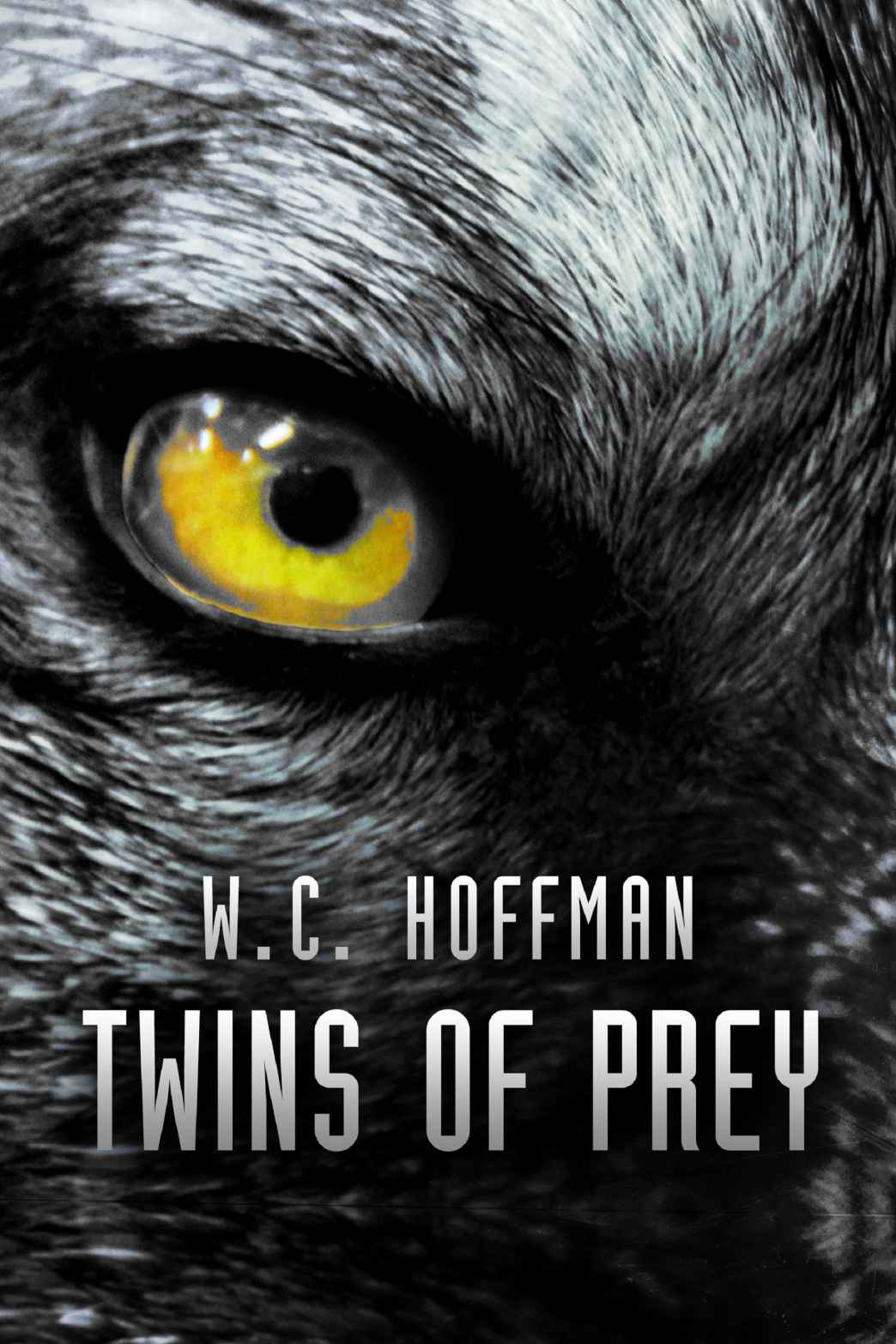 To Summer and Hunter, Daddy Loves you very much.

You mean everything to me!

For my wife Alicia, Thank you for all the years of love and support.

I want to grow old with you.

T
his work would not have been possible without the lifelong hunting, fishing and overall life guidance I have received from my Uncle Tom. For an amount of time in my life I had no father figure and Tom was there for me. Tom is my biological father’s cousin with two sons of his own who never left me behind. To my cousins, Cory and Cody, thank you for sharing your dad with me when I needed him the most.

Throughout these stories you will read Uncle’s voice. When I wrote them I could hear Tom’s voice. Tom was a wonderful storyteller, musician, teacher and prankster. Uncle teaches the boys many things that Tom also taught me. Rest assured not all of Uncle’s teachings were derived from my own lessons, but many were.

My “Uncle” left us unexpectedly, on his own accord, in early December 2012. I hope he knows that I have come to understand and forgive him. It is not what he took away from us, it is what he left behind that means the most.

Rest well beside the birch trees, Uncle Tom. We miss you every day
.

T
hey knew this day would come. It had to. After all, they knew all too well that all things live and all things die. It was one of the many life lessons Uncle had taught them and Uncle himself was no different. They knew one day Uncle would be dead and they would be alone. Uncle had decided that today, December 4
th
, was that day.

Thirteen years ago, on a remote northern Michigan two-lane stretch of dirt road that passed through miles of national forest, the man the twins would come to know as Uncle found an overturned truck while hunting in a hard, pouring rain. Stalking slowly up to the red, rusted mid-1970s 4x4, he recognized the unforgettable smell. Death was in the area. Slumped over the torn leather seats with yellow cushioning escaping from the missing seams was a woman driver. Bleeding heavily, hardly breathing and barely alive, she could not easily speak, but what she did say was clear.

Uncle had a hard time hearing her over the static coming from the AM radio, coupled with the unforgiving rain pounding on the roof and windshield. However, he could see that her eyes were full of passion and fear as she peered at Uncle through the broken glass passenger window. Uncle felt her eyes on his soul and he could not look away.

“Take... the...,”
she gasped while bleeding from a large gash that ran along her neck to the middle of her armpit.

The three year old boys looked at Uncle, not crying, not screaming just looking. Their dark black faces gave way to the brightness of the whiteness in their eyes. They seemed to have the same grasping eye quality that belonged to their dying mother.

Uncle reached in, wiped the blood from her eyes and assured her, “They will be safe.”

This is not the version of the story that the twins know. Uncle told and taught them everything they do know, but the truth about their mother was never explained to them.

Tomek and Drake do know that they were found in a truck, alone. However, Uncle took the truth about their mother to his grave. He figured there would come a time when they were ready to know the truth, yet he was never able to bring himself to talk about it. It was not that he felt guilty. Uncle knew that he did what he had to do. He just did not think the truth would help the boys survive, which was his ultimate goal.

The twins and Uncle had talked about his death quite regularly in the past few years. Uncle was a large man with failing knees who suffered from a string of constant migraine headaches. Uncle had made many more trips to town than normal in the last few years to obtain medication for his unforgiving migraines.

The boys secretly blamed each trip for his worsening conditions, further instilling their desire to never leave their home in the woods. It was planned that his body was to be burned alongside the river and his ashes spread in the wood line to the east of their cabin. There was a clump of birch trees that Uncle had grown fond of as a hunting spot. Both boys had killed their first deer in that stretch of birch. This would be Uncle’s final resting place.

And so it was done on that cold, wet, raining day in December. Uncle walked out to the river and took his own life. Uncle was gone.

Luckily enough, the winter gave way quickly to a beautiful spring. Not every spring is like this in northern Michigan. The woods they called home had everything they needed to survive. Being more than 30 miles deep from any road or sign of civilization, it was an oasis where hunting and fishing opportunities were endless. The twins knew of the outside world from the crossing air traffic, but only Drake had been there.

Uncle took him into the smallest town near them one winter at age 7 for a bad case of pneumonia. Drake was hospitalized as an orphan and recovered quickly. He soon realized he was a source of activity in the hospital. Cars and vans with towers on the top began to arrive on the second day of his stay. On the third night, a nurse snuck into his room and woke him up. It was the first time he had seen another person with dark skin besides himself and his brother. She asked him many questions regarding who he was and where he lived. Drake had been trained for this by Uncle and only answered with the information that Uncle had presented to him.

“Who is your mother?” she asked.

“Do you have a twin brother?” she quickly asked next.

Drake knew then that somehow the nurse was aware of Tomek. He looked into her eyes and replied with the words Uncle told him to use in situations like this.

The nurse reverted to her caregiver nature and eased him back into a sleeping position where he remained awake the rest of the night, pondering his next move.

Hours after sundown, it grew quiet as it did the previous night. This gave Drake a sense of security he knew he could exploit. He looked around the room, waiting on the sick boy placed next to him to fall asleep.

Drake exhaled a sigh of relief as he removed the wires and electrodes hooked to his arm and chest. Drake felt like one of the many rabbits he had caught in his own snare traps. Being free and untangled never felt so good.

The monitoring machine sounded, which caused the dark-skinned nurse to quickly return and reattach him. Drake rethought his plan after carefully watching the nurse remove the plugs from the machine's main head piece and push a yellow button on the screen. This seemed to stop the alarm from going off.

As she replaced the wires on him she scolded, “Everything that is on that machine comes right to our desk so we can watch you and make sure you are doing okay from there, Honey.”

“
Honey
?” He thought to himself and rolled his eyes. “
Honey is what we trap bears and bugs with
.”

Drake just wondered which one the nurse was, a bear or a bug.

An hour or two had gone by and Drake again waited, awake and knowing that the shift change for the nursing staff came at about 5 a.m., as far as he could tell from the sunlight creeping through the window. At 5 a.m. on the dot, Drake got out of bed and wheeled his monitor over to the bedside of his roommate. Quickly removing the plugs from the head of the machine, he pressed the yellow button. He then removed the patches on his body and began to replace them on the unsuspecting boy.

This caused the boy to roll over and wake up. Looking at Drake in his sleepy daze wondering what he was doing, the boy attempted to yell, “
Nur...”

Drake silenced him with an elbow strike straight to the temple, rendering the child immediately unconscious.

“Head, throat, gut,” he could hear Uncle’s voice preaching to him of the three places that cause a victim to go silent. Drake quickly rigged the boy with the leads and plugged them back into the monitor.

As far as the nurses were concerned, Drake was fast asleep and wouldn’t need to be checked on until breakfast rounds in a few hours. Drake removed all the sheets from both beds and the curtains. Tying them together, he draped them out the window anchored to the bed leg inside the room. The window faced east. Drake knew from watching the sun rise. Drake knew he would be headed west. He figured the distraction would buy him some time if he needed it. Then, shortly later at first light, seven-year-old Drake exited his hospital room, calmly walked out the front doors, past the unmanned news and police vehicles and entered the wood line just west of the parking lot.

The plan was for Drake to meet with Uncle at the big pine, a staggering pine tree that was the only landmark visible from both the town and their woodland home. It was their meeting place in the event of an emergency. Uncle taught them to go to the pine if they were lost and that is exactly what Drake did.

This scare led Uncle to be more cautious with the twins. It also meant that he had to explain more of the world outside of the woods to them. They were soon educated in the basics of reading, writing, arithmetic and, of course, government. The basics were taught the same as any other child would have learned them. However, their education of government, especially the United States government, was shaded by Uncle’s dark past as a high-ranking and ultimately disgraced military instructor. Uncle made sure they knew about the dangers of men and war.

Uncle explained to them that before his life in the woods he taught thousands of young government men how to kill. As a Gunnery Sergeant in the Marine Corp’s survival school, Uncle lived by the teachings of the SERE. Survival, Evasion, Resistance and Escape were the backbone of each of his graduates. Much like the Marines that Uncle trained, the twins also were taught how to fight, hide, escape, be silent and how to kill tactically if needed. By age 9, Uncle felt they were better trained in the way of the woods and of war than any previous man he had sent to die.

“You must operate and move in the shadows of the woods. If seen, you will evaporate into the thick,” Uncle warned them. “You must kill to survive, or you will not.”