Warehouse 13: A Touch of Fever 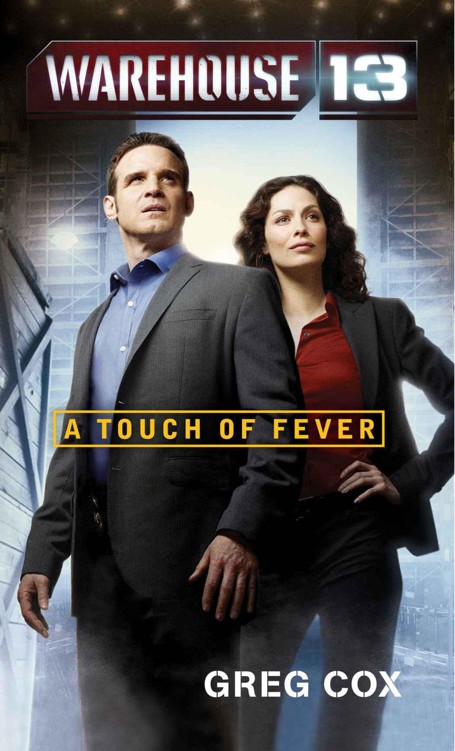 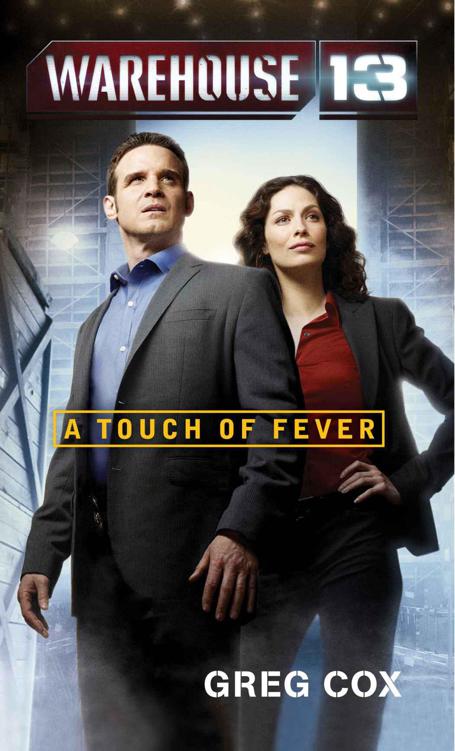 Pete and Myka watched as, one by one, members of the audience came forward to experience Princess Nefertiti’s healing touch.

The football player, suffering from a potentially career-ending knee injury, tossed away his crutches. Disfiguring scars and burns faded away. Wheelchairs and walkers were abandoned. Pained expressions gave way to tears of joy.

The old lady with Parkinson’s was finally getting her turn on the stage. “Let this gentle woman be healed,” Nefertiti proclaimed as she laid her hands on the shaking senior citizen. Pete couldn’t be sure, but he thought the healer’s voice sounded slightly weaker than before. Dmitri, doing double duty as Nefertiti’s assistant, stood close by. “Take away her trembling.”

Cobalt sparks flashed, jolting the elderly woman. Dmitri caught her before she crumpled onto the stage.

Nefertiti seemed to need an assist as well. She tottered unsteadily on her feet. She was breathing hard. Sweat beaded her brow. She coughed and clutched her chest.

“Looks like all this healing is taking its toll,” Myka observed. “A side effect of the artifact?”

“Probably,” Pete guessed. There was almost always a cost to using an artifact. That was a big reason they needed to be taken out of circulation. He’d seen too many people get into serious trouble because they thought they could control an artifact’s powers. 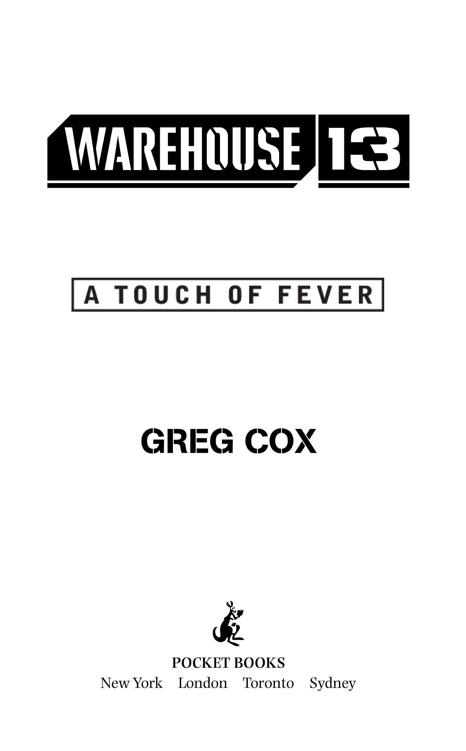 This book is a work of fiction. Names, characters, places, and incidents
either are products of the author’s imagination or are used fictitiously.
Any resemblance to actual events or locales or persons, living or dead, is entirely coincidental.

All rights reserved, including the right to reproduce this book
or portions thereof in any form whatsoever. For information,
address Pocket Books Subsidiary Rights Department,
1230 Avenue of the Americas, New York, NY 10020.

POCKET and colophon are registered trademarks
of Simon & Schuster, Inc. 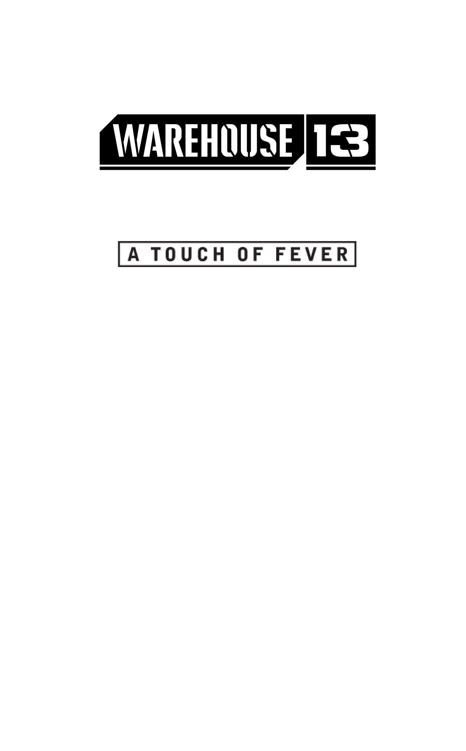 The Museum of Piracy was a cheesy waterfront tourist attraction designed to separate visitors from their hard-earned vacation dollars. It was well past closing time, however, and Pete Lattimer appeared to have the place to himself. A rugged, brown-haired ex-Marine in his midthirties, dressed casually in a dark sports jacket and slacks, he muttered to himself as he navigated quietly down a darkened corridor. The beam of his flashlight swept over the museum’s various displays and decorations. A wooden steering wheel, salvaged from an old shipwreck, was mounted on one wall, next to a tattered black flag bearing the Jolly Roger. Pieces of eight were locked away under glass. A diorama depicted swarms of miniature buccaneers boarding a scale-model replica of a Spanish galleon. Informational plaques accompanied each exhibit. The nautical clutter made the place seem like a cross between a seafood restaurant and, well, a certain overstuffed Warehouse many hundreds of miles from here. . . .

His gaze darted from display to display, his alert brown eyes searching. None of these artifacts was the one he was looking for.

So why were the hairs on the back of his neck standing up?

Pete kept his guard up. He had a sixth sense when it came to trouble, and painful experience had taught him never to ignore his instincts. Paying attention to his “vibes” had served him well as a Secret Service agent, protecting the president. It was even more important now.

He hoped Myka was being careful too. What was keeping her anyway? In theory, his partner was checking out the upper levels of the museum while he explored the ground floor, but she should have caught up with him by now. They had split up to cover more ground quickly, but maybe that had been a mistake? He was used to Myka watching his back.

He listened for any sounds or disturbances coming from upstairs, but heard only the low hum of the air-conditioning. For a second he considered checking on Myka by phone, but decided it was probably too soon to worry about her absence. Myka was a pro; she could take care of herself. Chances were, she was just being thorough. Her keen attention to detail was what had made her such a great Secret Service agent—before they were both reassigned to other duties.

One of the “perks” of those duties? Having to prowl an empty museum in the middle of the night, in search of something that might or might not be here. And that could just get them killed.

What the heck,
he thought.
It beats a desk job.

An old woodcut illustration, enlarged and mounted on the wall, depicted a public execution. Pete winced at the sight of captured pirates dangling from the gallows before a jeering crowd. A caption informed him that the mass hanging had taken place right here in Charleston, back around 1718. Just looking at the illustration made Pete’s neck hurt. His free hand went instinctively to his throat. He gulped.

Did they
have
to keep this place so dark after closing?

The grisly atmosphere was giving him the creeps. He quickened his pace, anxious to find the elusive artifact. Enough with the sightseeing. All he wanted to do now was snag it, bag it, tag it, and get out of here.

“Yeah, we should be so lucky,” he muttered.

A black velvet curtain closed off the entrance to an adjacent wing. Ornate gold-painted letters above the threshold guided visitors toward the Hall of Infamy, while a smaller sign, dangling from a chain across the doorway, apologized that the exhibit was currently closed for renovations. He approached the curtain anyway. That tingly feeling was getting stronger.