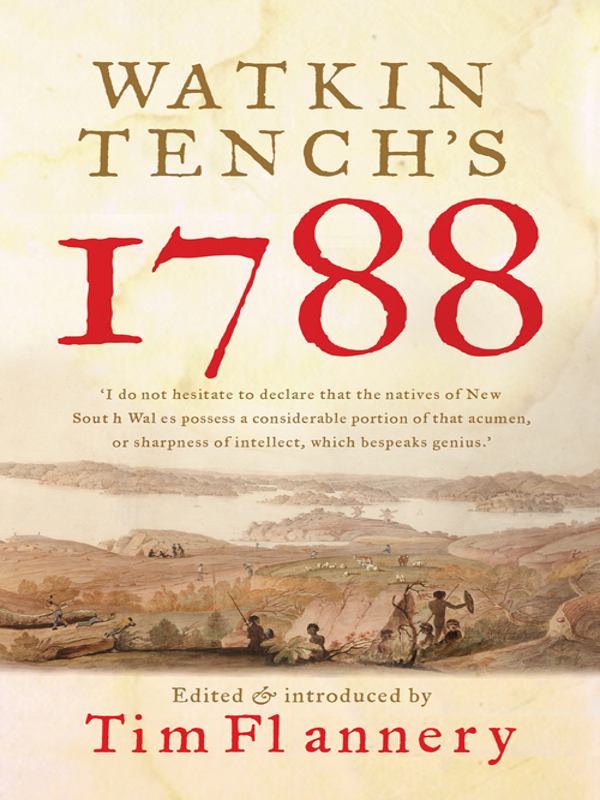 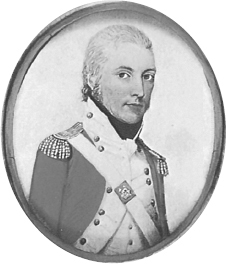 Watkin Tench was born in 1758 in Chester, England. He joined the marine corps in 1776 and served in the American War of Independence before sailing to Botany Bay on the First Fleet. He returned to England in 1792, and stayed with the marine corps before retiring as a lieutenant-general in 1821. Tench died in 1833.

Tim Flannery was born in 1956 in Melbourne. He is a writer, a scientist and an explorer. He has published over a dozen books including the award-winning titles
The Future Eaters, The Eternal Frontier, Country
and
The Weather Makers
. Tim is based at Macquarie University. He chairs the Copenhagen Climate Council, is a member of the Wentworth Group of Concerned Scientists and is the National Geographic Society's Australasian representative. Tim Flannery was the 2007 Australian of the Year. He lives on the Hawkesbury River in New South Wales.

A Narrative of the Expedition
to Botany Bay

A Complete Account of
the Settlement at Tort Jackson

The paper in this book is manufactured only from wood grown in sustainable regrowth forests.

Copyright in the introduction and this edition Â© Tim Flannery 2009

Book One:
A Narrative of the Expedition to Botany Bay

Book Two:
A Complete Account of the Settlement at Port Jackson 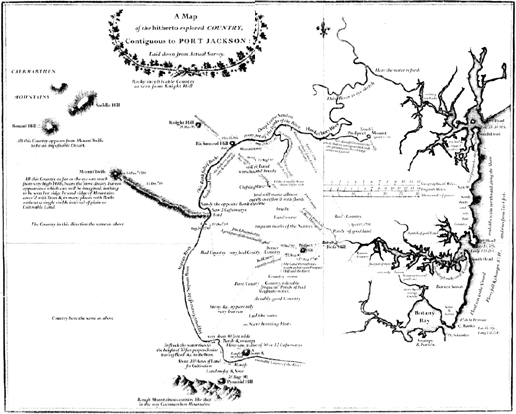 From Watkin Tench,
A Complete Account of The Settlement at Port Jackson
, 1793

T
he European settlement of Australia occurred so swiftly, and altered the land and indigenous cultures so profoundly, that it can be difficult to imagine what the country was like before the first white settler walked ashore. If we wanted to picture that different land, and think about how it has been transformed, there's no better guide than Watkin Tench's extraordinary accounts of Australia's first European settlement. Bestsellers in their day, they vividly describe the land and the Aboriginal people as they were at first encounter, and comprehensively report how they were affected by the new settlers. Despite their early popularity, Tench's books have remained virtually unknown to Australian readers for most of the past 200 years and are only now claiming their rightful place in our national literary canon, and inspiring new works of national importance, such as Inga Clendinnen's
Dancing with Strangers
and Kate Grenville's
The Lieutenant
.

Watkin Tench was a lieutenant in the marine corps on board Australia's First Fleet. Around 1000 people, 700 of whom were convicts, sailed on the eleven ships. Britain's jails were overflowing at the time, and with the American colonies gaining independence and thus no longer willing to accept convict labourers, a new solution had to be found. West Africa was briefly considered as the site for a penal colony. Joseph Banks, who accompanied James Cook when he mapped Australia's east coast, vigorously championed Botany Bay as a site. An influential voice in Britain, his arguments carried the day. Unfortunately, Botany Bay did not live up to expectations as a site, and upon arriving Governor Phillip quickly made the decision to relocate the settlement to Port Jackson.

Watkin Tench was born in Chester on 6 November 1758. Very little is known of his childhood. His father, Fisher Tench, was a dancing master who ran a dance academy and boarding school in Chester with his wife Margaritta.
1
The building that housed this establishment, probably the birthplace of Watkin Tench, still stands. Today a pizza shop occupies the street frontage and there's no sign that one of Australia's finest chroniclers was born there. It was presumably a happy home, one in which the young Watkin was well educated, as his fondness for quoting from Milton and Shakespeare attests. Indeed such were his educational achievements that he would be widely considered the most cultured mind in the colony at Port Jackson.

Tench entered the marine corps at the age of sixteen. At the time the marines were considered to be a distinctly junior (and therefore inferior) service, deficient both in pay and prestige relative to the army and the navy. Perhaps Tench joined the marine corps because in those days you had to buy your position in the military, and the cost of a commission with the marines was within his family's reach. Whatever the case, Tench saw active service almost immediately, for by 1776 the American War of Independence was in full swing. Just two years later, in 1778, Tench was captured by American forces; he spent three months as a prisoner of war before rejoining the fray. The end of the war, in 1783, must have brought bittersweet feelings to the young marine. The adventure and the chance to distinguish himself had passed, and he faced the boredom of non-active service. He was placed on half pay in 1786âit must have been all but intolerable for a talented and ambitious young man to linger idly on a substantially reduced income.

We can only imagine Tench's feelings when, just a few months later, the opportunity arose to volunteer for a three-year tour of service (which ended up being nearly five) with the First Fleet. The unusual nature of the commissionâit involved having some of the responsibilities of a jailerâmust have deterred many officers who perhaps saw such service as beneath their dignity. But in it Tench may have seen the chance to develop a second careerâthat of a writer.

In early 1787, when the publishing house John Debrett of Picadilly commissioned him to write an account of the voyage to New Holland and the settlement of the new land, Tench had no literary credentials. But such was public interest in the venture that would dispatch around 1000 Britons into the unknown that all the leading figures of the expedition had been signed up to write accounts. They included the governor and lieutenant governor, the judge advocate and the surgeon. Debrett commissioned surgeon John White, perhaps hoping that his medical training might incline him to document the natural history of the new land, and White did not disappoint, producing a fine account of the flora and fauna of what is now the Sydney region.

It is not known what Debrett expected of Tench, but perhaps the laying out of a few pounds to secure a work from the young lieutenantâwho was by far the most junior person commissioned to writeâseemed like a reasonable risk. Whatever Debrett's thinking his investment was amply repaid when a ship returning from New South Wales carried Tench's manuscript detailing the voyage out and the first months of settlement. Tench's
A Narrative of the Expedition to Botany Bay
was rushed to press, appearing on 24 April 1789 as the very first genuine account of the settlement. Published as a pocket-sized pamphlet,
Expedition to Botany Bay
is by far the most modest of the five âfoundation books' of Australia's colonial history, but it is also the most elegant, perceptive and engaging
2
. Even from a distance of more than 200 years Tench's personality draws us in as he tells us about the very first days of our national story. Tench spent just four years at Port Jackson, and upon his return in 1793 his second book,
A Complete Account of the Settlement at Port Jackson
, was published by J. Nichol of Pall Mall. Altogether a more handsome publication it is testimony to both the success of Tench's first work and the enduring public fascination with the colony at Port Jackson.