Where Seas and Fables Meet 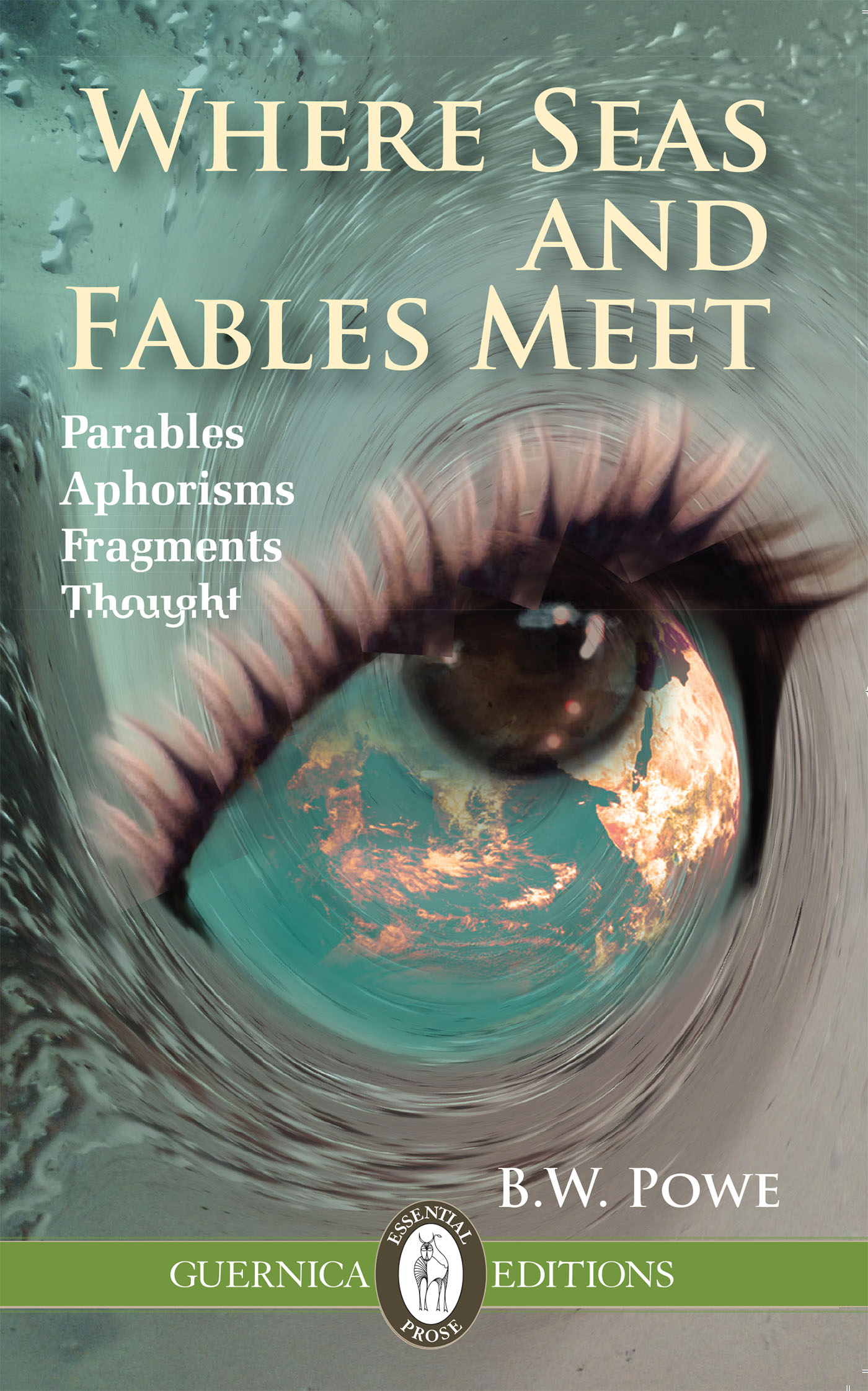 Where Seas
and
Fables Meet

The Library of Mysteries

The Wages of Fear

The Weight of the Structure

Stanley Kubrick and the Power

March of the Penguins

The Tree of Paradise

The Sound, the Word

The Legends of the Opening

Here, parables and stories emerging from dreams... Aphorisms against numbing and fear...

Reflections and sampling in ecstatic moments, witticisms to give solace and smiles...

This, a book that gives permission to wandering...

The noise and joys of life burst through.

Living in beginnings, crossing over the energy threshold...

There's this for me now â these pieces and half-glimpsed tales have to come in their way. I won't impose a unity on them. They must be like a live streaming so you and I can move freely together.

The difference between the free and the powerful: the former rebels against orders, the latter gives them. The former follows inner directives, the latter wants others to subordinate themselves to directives. I'm striving to be like the former. It isn't easy. But I think I'm getting there.

The conflict: I try to fight the good fight, but I'm just not that good at it. Thought: maybe I'm not supposed to be good at it. It's the intention that counts.

“I may be on the side of the angels, but don't think for one second that I am one of them.” â Sherlock Holmes to Moriarty in “The Reichenbach Fall” (BBC TV, 2012)

I'm branching off already to begin somewhere else...

(Openings are subject to influence.)

I have no conclusions, only beginnings...

You and I: working on liberations and the many dimensions of our realities. Hence lots of gaps, sudden evolutions. Take my hand. Here we go.

There'd been good weather for the war. It had gone on for longer than most people knew. After a battle that took place on a beautiful bright day, two friends found themselves in a tent. They'd taken opposing sides in the conflict. Now, one was a prisoner, one was the victor. The winner had become the interrogator.

“What am I going to do with you?” the victor asked. He smiled at his friend. They'd known each other since they were children. But his smile was tight and regretful.

“You can say hello to me in the way you once did,” his friend said.

They shook hands, and they embraced.

Then they returned to the business at hand.

“If I release you, will you promise never to fight for your side again?” the victor asked.

“I can't make that promise. I've already made a promise to myself. It's to always fight your side I promised to carry this fight forward.”

“You made a promise to something higher than yourself,” the victor said.

The prisoner nodded sadly. He said: “I have to honour my promise. I have to fight you.”

“If you honour the fight, I'll have to execute you.”

“I know,” his prisoner said.

The victor thought for a time. Then he said: “What if I ask you to turn a weapon on yourself and die of your own hand?”

“Suicide goes against my beliefs,” he said.

“It isn't against mine,” the victor said. “But I understand.” After he thought for a time, he said: “I want to set you free, but I can't.”

A third man entered. He was one of the army's most ruthless and courageous warriors. He'd been called a hero many times by his admiring troops.

“We have an impasse here,” the victor said. He was the warrior's superior, but often feared his power. “This is my old friend. I've offered to let him go if he agrees to never fight us again. He's refused. I can't execute him. And he won't die of his own hand. What should we do?”

The hero said: “He isn't my friend. He's my enemy. And I have no vows to keep except to win the war.”

After he spoke, the hero drew out his pistol and stepped towards the prisoner. He levelled the barrel at the man's head. And he pulled the trigger.

The victor and the hero left the tent. They were splattered with the blood of their enemy. One left the tent with his implacability intact, the other left carrying the stains of blood and sorrow.

The next battle took place on a beautiful bright day, too. The war continued for many years, always with good weather, on a plane of light.

It takes a lot of clear thinking to come up with something truly obscure.

Find out what remains unrevealed in the silence.

A key has to prove its worth by how many doors it unlocks.

at the crest of the road...

when the bell tolls...

in the confusions and rumours of distant forms and shapes...

You meet the Sphinx. The great beast rears in confrontation.

But the sphinx doesn't know what it is.

It's a riddle, even to itself. It can't speak. The Sphinx waits for your questions.

To keep going along the razor's edge, without letting it cut you.

Clinging to strands which keep fraying.

Dangling over the open which can look like a gulf.

The edges where you walk, with the oceanic rushing and wooing from every side...

If you're in the open, then you can't predict the next move.

Why pieces, cataracts, interruptions, shards of crystal? So that you may find the forms of the open.

Pieces are like seeds. They allow a flowering in you, and in others. The humility of flowering: it may, and can, happen anywhere.

If you have good will, and trust yourself, you will learn to see through walls.

In the end, will it have been better to have been made of sound and words, of water and light, than of stone or steel?

If you go into the open, take nothing with you other than your voice, and your ability to listen and see, touch, taste, and smell.

Your tears are there to melt society's stones.

When tackling demons â negative energies â make your weapons out of light. This is the bearable lightness of being. If all else fails, then just shout: “Get out!”

“The dreamer of the flame knows that the flame is alive.” â Gaston Bachelard

After his mother died, Sam took to gazing for hours at her picture. It was a small photograph that he'd pinned on the wall in his bedroom to remember her by.

He stared and stared at it.

One night he went up to the photograph and touched it delicately. He turned the picture over. And he spent a long time gazing behind it.

His father, Fredric, watched his son do this, and he wondered what he was doing. Then Fredric watched over many nights, how his only child â his beloved young son â would go up to his mother's picture and turn it over. The boy gazed and gazed. Sam didn't seem sad or lonely at all. It was his father who felt in his mourning a terrible sadness and loneliness.

Finally, one night, he asked his son: “What are you doing?” “It's where mommy has gone,” Sam said. “When she went away for good, that's where she went. It's where we all go, I think. Behind the picture.”

That night, while Sam slept peacefully, he sat in the bedroom's chair and stared at the photograph. Teresa smiled radiantly in it. She was there in all her beauty, in the promise of her youth. He stared at it until his eyes ached.

He murmured her name.

Sleepless, around midnight â it was the time, according to Sam's small bedside clock, he rose from his chair and edged towards the picture.

He reached out to it and turned it over.

He looked at the blank space of the wall. He saw nothing but emptiness.

“This is where you've gone,” he whispered.