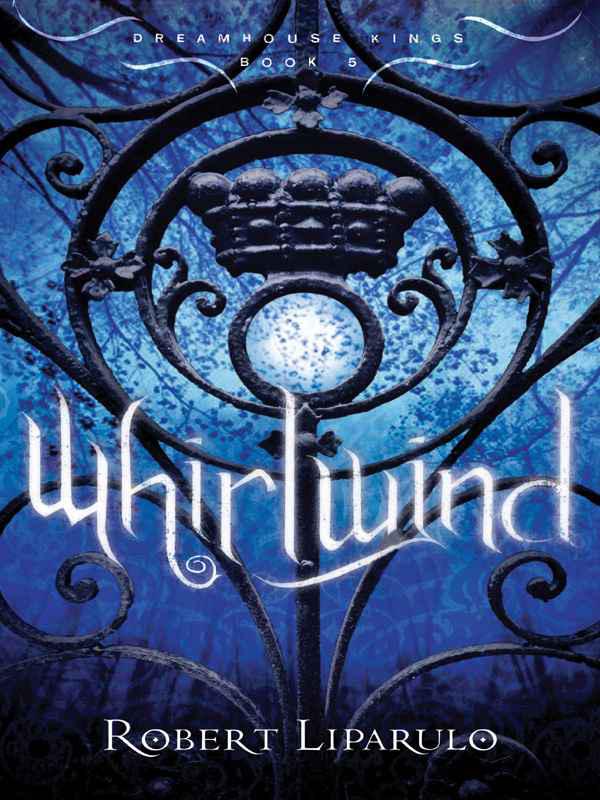 All rights reserved. No portion of this book may be reproduced, stored in a retrieval system, or transmitted in any form or by any means—electronic, mechanical, photocopy, recording, scanning, or other—except for brief quotations in critical reviews or articles, without the prior written permission of the publisher.

Thomas Nelson, Inc., books may be purchased in bulk for educational, business, fund-raising, or sales promotional use. For information, please e-mail [email protected]

Publisher’s Note: This novel is a work of fiction. Names, characters, places, and incidents are either products of the author’s imagination or used fictitiously. All characters are fictional, and any similarity to people living or dead is purely coincidental.

THIS ONE IS FOR MY PARENTS,
MAE GANNON AND
TONY LIPARULO

Thank you for instilling in me the belief that my imagination
could take me anywhere: Turns out, it has taken me everywhere.

READ
HOUSE OF DARK SHADOWS,
WATCHER IN THE WOODS,
GATEKEEPERS
, AND
TIMESCAPE
BEFORE CONTINUING! 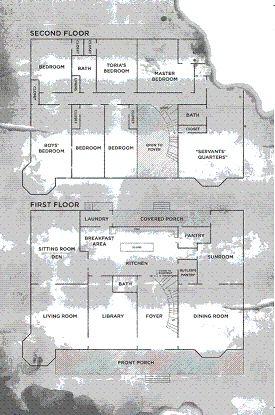 “All that is necessary for evil to succeed
is that good men do nothing.”

“The Universe is stranger than we can imagine.”

Loud in his ears, but not loud enough. He could tell by the way it bounced back at him that his voice did not penetrate the thick stones. He leaned back against a cold wall.

Lifting his head, he screamed again anyway: “Heeeeeeeelp! Can anyone hear me? Anyone . . . ?”

The last word started strong, but faded, like the shriek of a man falling into a bottomless pit.

Darkness—blacker than ink—engulfed him, but it didn’t matter: he kept his eyes squeezed shut, as though doing so would make the last thing he’d seen not be real, would make it go away. He was stuck in a room only slightly larger than an upended coffin, portaled there from a pantry off Taksidian’s kitchen. He had found a box of matches on a protruding stone and lit one. He had seen that the floor was covered in bones. Most of them—rib cages, spines, skulls—had been pulverized into gravel-like pellets and dust. Only near the walls were the remains intact enough to recognize, as though feet had stomped around on a roomful of skeletons . . . before whoever had been trapped before him died and decayed, adding their own bones to the floor.

Starvation. Lack of air. Heart attack from fright. He could think of a dozen ways to die in a place like this.

The walls all around were made of gray stone, cut into eight-inch cubes and fitted together so perfectly he couldn’t wedge a fingernail between them. Moisture had formed or was running down over them, making David think of underground crypts.

Dracula’s castle
, he thought, and before he could stop it, the image of a white-faced vampire drifted out of the darkness of his imagination. His breath caught in his throat. Had something shifted in the small space? Something that wasn’t him? There
was
enough room for another person, another
thing
.

Stop!
he told himself.
Where would someone else come from? Get real.

But his mind answered:
The floor, rising up from the bones of its victims.

Or from the same place he had come, Taksidian’s house!

Taksidian was the man who wanted his family’s home. He wanted them out or wanted them dead. David was pretty sure Taksidian didn’t care which, as long as he had the place for himself. Soon after moving into it—
just over a week ago!
David realized, though it seemed like years—they had found a secret third floor and a hallway lined with doors. Behind each door was a small room, an antechamber, with items that, when picked up or put on, opened another door. This other door, one for each room, was really a portal to another time and place.

His brother, Xander, had been the first to “go over,” as they called stepping through the portals. He’d wound up in the Roman Colosseum, fighting a gladiator. Then they discovered that not only could they go from the house to other “worlds,” but people from those other places could come into their house. And one did: a hulking brute who kidnapped Mom and took her
somewhere
. . . somewhere in time. They’d been trying to find her ever since.

“Hello?” David said into the darkness, listening to his voice bounce off the walls. If someone had answered, he would have dropped dead on the spot. But no one did. No vampire, no Taksidian.

Taksidian. He had first offered to buy the house, then got the cops to arrest Dad and persuaded the town officials that the house was unsafe. David couldn’t argue with that one.

When those tricks hadn’t worked, the man had somehow sent people from the past to get them—that big brute, the one Xander had dubbed Phemus, and two of his buddies.

David stared into the darkness and groaned. It had been a
long
week, with enough adventure and brushes with death to fill a lifetime. The latest one had begun just a few hours ago.

He, Xander, and Dad had followed Taksidian to his house way back in the woods. When Taksidian took off, Dad went after him and the boys broke into the house. They discovered a room full of maps, photos, and articles—all of them about war throughout history. Except one wall. It was covered with photos of the King family going about their daily lives, and maps of their house, and notes written in a foreign language.

That’s when Taksidian had returned, and the brothers had scrambled to hide: Xander had gone into a bedroom, David into a pantry—which had immediately shot him into this dark chamber . . .

Before The Mask by Williams, Michael
A Greater Evil by Natasha Cooper
[Last Of The Jedi] - 07 by Secret Weapon (Jude Watson)
My Fake Wedding (Red Dress Ink (Numbered Paperback)) by Ford, Mina
The Loving Husband by Christobel Kent
Letters to Leonardo by Dee White
Roses For Sophie by Alyssa J. Montgomery
The Darkness Comes (The Second Book of the Small Gods Series) by Bruce Blake
Found Things by Marilyn Hilton
Nemesis: Book Four by David Beers