Aunt Dimity and the Village Witch 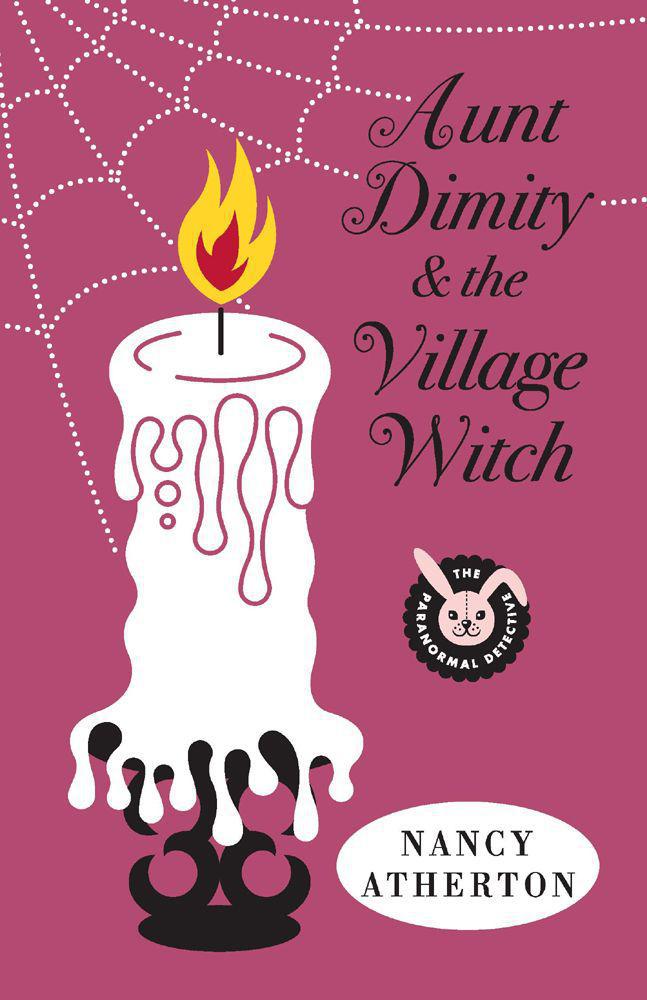 Aunt Dimity and the
Village Witch

Aunt Dimity and the Duke

Aunt Dimity and the Next of Kin

Aunt Dimity Down Under

Aunt Dimity and the Family Tree

Aunt Dimity and the
Village Witch

First published in 2012 by Viking Penguin,
a member of Penguin Group (USA) Inc.

No part of this book may be reproduced, scanned, or distributed in any printed or electronic form without permission. Please do not participate in or encourage piracy of copyrighted materials in violation of the author’s rights. Purchase only authorized editions.

T
he small village of Finch nestled sleepily in a bend of the Little Deeping River, a minor tributary that wound its way through the patchwork fields and rolling hills of the Cotswolds, a rural region in England’s West Midlands.

Finch was in no way remarkable. Nothing of historical importance had happened there and no one born there had achieved the slightest degree of fame. Tour buses bypassed it, day-trippers ignored it, and scholars never mentioned it. The only people who cared about Finch were the people who lived there, and they thought it the most splendid place on earth.

A humpbacked stone bridge of medieval origin crossed the river at one end of the village and St. George’s Church stood at the other, planted piously in the center of a walled churchyard filled with modest tombs, sorrowing angels, and carved headstones that had settled comfortably over the centuries into a variety of picturesque postures.

A village green stretched between the bridge and the church. The irregular oval of tufted grass was encircled by a cobbled lane lined with golden-hued stone cottages and small business establishments, all of which overlooked the green. The pub, the general store, and the greengrocer’s shop sat with their backs to a rising landscape of dark woods and sheep-dotted pastures, while the tearoom, the vicarage, and the old village school, which had for many years served as the village hall, backed upon the willow-draped reaches of the Little Deeping. Similarly, each private home faced inward, toward the green.

Some might consider such an arrangement a shameful waste of
good scenery, but the villagers would beg to disagree. They were perfectly content with the views from their front windows because, while they enjoyed watching lambs gambol as much as the next man, they preferred to watch each other. Every glance through a lace-curtained pane afforded them an opportunity to observe the ever-changing, utterly absorbing drama of village life—and to report on the details later. The river’s murmur was indisputably melodious, but as far as Finch’s residents were concerned, it couldn’t hold a candle to the deeply satisfying hum of gossip.

When Sally Pyne opened the tearoom’s front door first thing in the morning to admit her fiancé and assistant manager, Henry Cook, she could be sure that many, if not all, of her neighbors would be peering breathlessly through their curtains, awaiting a public display of affection that would be described and discussed relentlessly for the rest of the day. If the local vicar paid a call on Opal Taylor, he would inadvertently but unavoidably trigger speculations about Opal’s fragile health, her troubled soul, and/or the type of cake she would donate to the next church-sponsored bake sale. Chocolate gateau? Deathbed confession? It was all grist for Finch’s rumor mill.

Finch’s merry band of busybodies could also be relied upon to serve a useful purpose from time to time. If a child fell and scraped his knees, he would be nursed back to health by a flock of sympathetic grown-ups who would shower him with disinfectant, bandages, and as many cookies as he could hold in both hands. If a careless teenager sullied the village green with a discarded gum wrapper or a crushed soda can, eyewitness accounts of his misdeed would be telephoned directly to his parents, who would order him to retrieve the litter or risk forfeiting his car keys, his cell phone, and his dinner.

Perhaps the most useful task performed by Finch’s keen-eyed residents was to render locked doors unnecessary. The villagers
knew who belonged where and were only too happy to report suspicious activities to each other, to the police, and to anyone else who would listen. Privacy might be a rare commodity in Finch, but so, too, was crime.

For better and for worse, I avoided round-the-clock surveillance by living two miles south of Finch with my husband, Bill, and our sons, Will and Rob, a lively pair of identical twins who closely resembled their dark-eyed, dark-haired, and fractionally less lively father. Will and Rob were seven years old, unnervingly observant, and hopelessly horse crazy. They would gladly have slept in the stables with their gray ponies, Thunder and Storm, if their flint-hearted parents hadn’t insisted on tucking them up in their own beds at night.

The other member of our family was Stanley, a sleek black cat with a long, curling tail and dandelion-yellow eyes. Stanley adored Bill and regarded the rest of us as second-best sources of food and affection. Bill, for his part, professed complete indifference to Stanley, without seeming to notice that his laptop computer invariably gave way to his laptop cat.

Although we all were American citizens—except for Stanley, who was English by birth and breeding—my husband and I had lived in England for nearly a decade and our sons had never lived anywhere else. Bill ran the international branch of his family’s venerable Boston law firm from a high-tech office on Finch’s village green, Will and Rob attended primary school in the nearby market town of Upper Deeping, and I scrambled to keep up with the demanding roles of wife, mother, neighbor, friend, community volunteer, gossipmonger-in-training, and head of the Westwood Trust, a philanthropic organization that funded worthy causes.

We lived in a honey-colored stone cottage with roses round the front door, a lichen-dappled slate roof, and a full complement of modern amenities. Our back garden opened onto a wildflower
meadow that sloped down to a sparkling brook and we were sheltered from winter gales by a phalanx of tall hawthorne hedges and an oak forest carpeted with bluebells. Bill and I could think of no finer place to raise our children, and when Bill’s widowed father, William Arthur Willis, Sr., retired from the family firm and made a home for himself in nearby Fairworth House, our happiness was complete.

Oddly enough, my well-dressed, well-spoken, and extremely well-heeled father-in-law drew the attention and, in many cases, the adulation of Finch’s coterie of ever-hopeful widows and spinsters. Bill had dubbed the most determined of these “Father’s Handmaidens” because of their efforts to win Willis, Sr.’s, heart by catering to his every whim.

It was generally acknowledged that the Handmaidens would do anything, up to and including committing ruthless acts of social sabotage, to get ahead in the race to become the next Mrs. Willis. Had my father-in-law lived in the village, he would have been besieged by genteel ladies offering to mend his clothes, polish his silver, sweep his floors, clean his windows, cook his meals, and reveal to him the awful truth about their rivals.

Fortunately, Willis, Sr., did not live in Finch. The entrance to his property could be seen from the humpbacked bridge, but his house sat at the end of a private drive, hidden from prying eyes by a dense shelterbelt of trees. A pair of tall, wrought-iron gates helped to keep the Handmaidens at bay, but Fairworth’s main line of defense was human. Declan Donovan patrolled the grounds while carrying out his dual role of gardener-cum-handyman, and nothing short of an armed attack force could get past his wife, Deirdre, a tactful but resolute young woman who served as Willis, Sr.’s, housekeeper. My father-in-law was an affable gentleman who enjoyed his neighbors’ company, but he recognized the value of good fences.

Mrs. Amelia Thistle, by contrast, had nowhere to hide. Finch’s
newest resident had elected to live in Pussywillows, the cottage next door to the tearoom, in full view of the entire village. Early reports—gleaned from her delightfully indiscreet real estate agent—pegged her as a mild-mannered, middle-aged widow of independent means who intended to make Pussywillows her principal residence. The previous owner, a Londoner who’d used the cottage for weekend getaways, hadn’t made the slightest effort to blend into the community, but it was hoped that Mrs. Thistle, as a year-round resident, would.

Common courtesy obliged the villagers to allow their new neighbor a decent interval of peace and quiet after she took possession of her property, but eventually they would descend on her with sign-up sheets for whist drives, flower shows, bring-and-buy sales, and a host of other village activities that were the breath of life to Finch. Would Mrs. Thistle join in the fun or would she live as a stranger among us? Only time would tell.