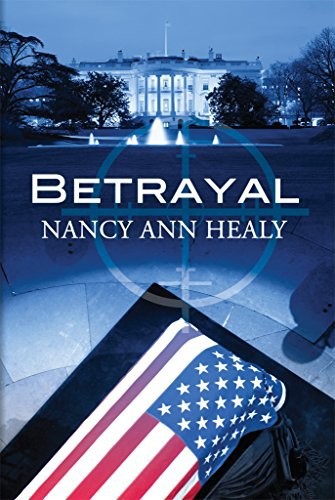 For my Mom and my Nana

The two most influential women in my life

he Alex and Cassidy series is more than simply a set of books filled with colorful characters and chaotic events. Traveling with these characters is part of a journey that continues to amaze me. It would not be possible without the love and support of my wife, Melissa, my friends, and the many readers who continue to support not only Alex and Cassidy’s adventure, but mine. A special of note of thanks to my friends Natalya and Marie who so graciously and enthusiastically offered to assist with the French and Russian verbiage in Betrayal.

Throughout the Alex and Cassidy series references are occasionally made to books, films, television shows, music and actual historic events. There is so much to explore and experience in life. I am grateful to the many authors, filmmakers, playwrights, performers, musicians, leaders, journalists, teachers and friends that have sparked my curiosity and touched my heart. The influence of these wonderful people, whether from a distance or in my daily life, is something I regard as a gift. It enriches not only what I create, but the experience of creating itself. Life is a journey, not a destination. We create it every day.

he popping sounded almost like firecrackers. The president turned slightly and smiled at the Secret Service agent beside him. “Get down!” the agent screamed. He shoved the president to his left and felt the man’s body collapse into his arms. “No! Phoenix is down! Repeat, Phoenix is down! Can you hear me? Mr. President?”

“Where is that IV? Now! Hurry it up! Mr. President!” President John Merrow’s eyes rolled back as a searing pain that ripped through his chest overtook his strength. He could taste the blood in his throat and his gut burned as if flames were raging within it. The voice called again, “Mr. President, open your eyes, stay with me. GET THAT DAMN LINE IN!”

“Okay, don’t try to talk. Just look at me. Look right here.” The paramedic pointed two fingers toward his own eyes.

President John Merrow shook his head and let out an unearthly groan. “Tell her…..Care…Take care of…” He struggled to speak but gave over to the pain before he could finish his thought.

“
Que voulez-vous dire, il est vivant
(what do you mean he is alive)?” Edmond Callier screamed through the phone.

CIA agent Jonathan Krause answered deliberately as a wide sense of satisfaction gripped him. “John Merrow is a hard man to kill, Edmond.”

“Relax,” Krause responded. “He is out of commission for the foreseeable future.”

“They expect him to be dead,” the voice answered.

“Well, Strickland has control just as you wished. Admiral Brackett is with him now. And who knows?” he continued with contempt, “
Vous pouvez toujours obtenir votre souhait, l ami
(you may still get your wish, friend).” Krause looked at a photo of John Merrow, his best friend, the only man he had ever truly considered a brother, laughing beside him.

“I understand, Jonathan. These are the risks we all accept,” Callier said.

“You will keep me apprised?”

Jonathan Krause dropped the call and looked at the phone. The disgust on his face was unmistakable. He threw the phone at the wall with such brutal force that it shattered. “
Il n’y a pasd’amitié
(there is no friendship)!” he lamented. “
Pas de loyauté
(no loyalty).”

assidy O’Brien stood looking quietly out of her kitchen window. She smiled as she watched the woman she had unexpectedly fallen in love with chase her six year old son, Dylan, across the yard. Just a few weeks ago her morning was spent preparing for the arrival of an FBI agent after her ex-husband began receiving threats. The agent, she was told, would
protect
her and ascertain who might want to do her family harm. After years of being married to a politician she was relishing a degree of privacy in her life and the idea had both frustrated and unsettled her. When Alex Toles walked through her door that day everything changed. The FBI agent challenged all of Cassidy’s preconceptions about people, love, relationships and life. In what seemed like an instant, Alex had transformed the school teacher’s understanding of what truly mattered. Since that day, Cassidy had watched her ex-husband fight for his life, been held hostage by a sadistic stalker, left her job, moved her home, and all of that paled in comparison to the greatest change of all; she fell in love.

The Jade Peony by Wayson Choy
Catch Me If You Can by Juliette Cosway
Ultimate Security: Finding a Refuge in Difficult Times by Derek Prince
Wrestling Desire 2 (A Contemporary Romance) by Cary, Michelle
Code Name: Baby by Christina Skye
Alice Isn't Well (Death Herself Book 1) by Amy Cross
The Darkest Surrender by Gena Showalter
Johnny's Girl by Toon, Paige
His Counterfeit Condesa (Historical Romance) by Joanna Fulford
3. A Second Chance by Jodi Taylor