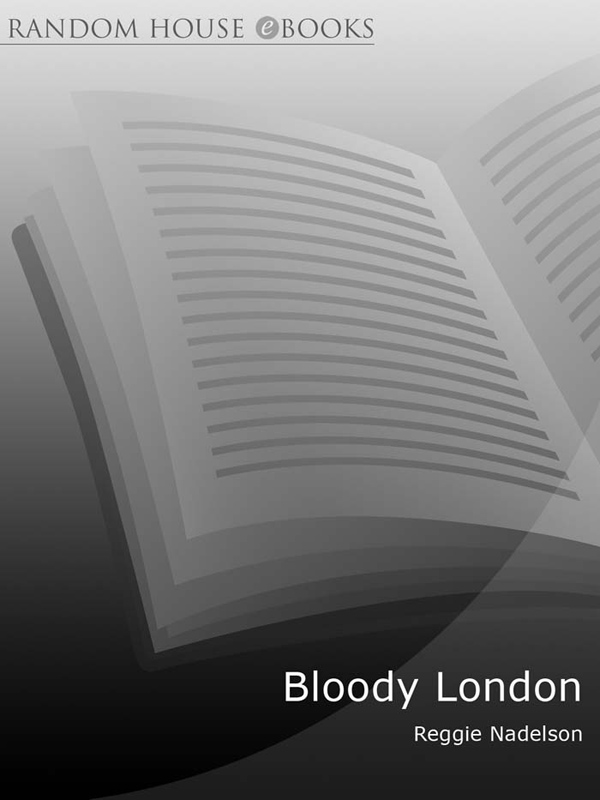 This eBook is copyright material and must not be copied, reproduced, transferred, distributed, leased, licensed or publicly performed or used in any way except as specifically permitted in writing by the publishers, as allowed under the terms and conditions under which it was purchased or as strictly permitted by applicable copyright law. Any unauthorised distribution or use of this text may be a direct infringement of the author's and publisher's rights and those responsible may be liable in law accordingly.

Published in the United Kingdom by Arrow Books, 2006

Reggie Nadelson has asserted her right under the Copyright, Designs and Patents Act, 1988 to be identified as the author of this work.

This novel is a work of fiction. Names and characters are the product of the author's imagination and any resemblance to actual persons, living or dead, is entirely coincidental.

This book is sold subject to the condition that it shall not, by way of trade or otherwise, be lent, resold, hired out, or otherwise circulated without the publisher's prior consent in any form of binding or cover other than that in which it is published and without a similar condition including this condition being imposed on the subsequent purchaser.

First published under the title
Sex Dolls
in the United Kingdom in 2002 by Faber and Faber, London

Papers used by Random House are natural, recyclable products made from wood grown in sustainable forests. The manufacturing processes conform to the environmental regulations of the country of origin

For
Alice, Fred and Justine,
with love

A journalist and documentary film maker, Reggie Nadelson is a New Yorker who also makes her home in London. She is the author of seven novels featuring the detective Artie Cohen (âthe detective every woman would like to find in her bed',
Guardian
), most recently
Red Hook
. Her non-fiction book
Comrade Rockstar
, the story of the American who became the biggest rock star in the history of the Soviet Union, is to be made into a film starring Tom Hanks.

London! The exhilaration, the anticipation washes over me and a light layer of gooseflesh ripples up my arms. I can't shake it, in spite of everything, this thrill of travelling, that I'm allowed to go wherever the hell I want. Just going makes me happy. All it takes is the dough. If, like I did, you grow up in a lousy landlocked city with walls the height of the world â it's how Moscow felt when I was a kid â you never lose it, the sheer physical pleasure of going.

Suddenly, the plane coming in now, there's a hole in the clouds. I cram my face against the window. England looks like it's on fire. I'm looking down and I see it, the landscape dotted with remote fires, like war breaking out in the suburbs. It seems prehistoric and post-nuclear at the same time. But then the clouds come up again in fast black-gray rolls, the fires disappear, the PA system crackles with pilot babble, Enjoy your Stay. No one mentions the fires. Then the cabin lights go out.

I've never been to London, or Europe either, not really, not unless you count East Berlin when I was a kid or a couple of days' vacation in Poland once. (Some vacation!) I'm here to finish something that started at home in New York when Thomas Pascoe was murdered in a swimming pool on Sutton Place. The answers are here in this foreign place.

Around me, everyone is busy with the stuff of arriving, rubbing their eyes, yawning, scavenging for things they dropped under the seat, stuffing duty-free into their carry-ons. No one on the plane knows me or why I'm here. I'm just a guy in a crumpled tweed jacket and a denim shirt. My legs, too long for these seats, are cramped up and I'm trying to unfold myself and stretch, and thinking at the same time I'm glad I bought some decent Scotch at the duty-free and that too many people are dead.

Too many people died in New York, Frankie Pascoe most of all. And I owe her. I think about her, waiting for the fatso ahead of me while he shuffles off the plane. I owe Frankie, and the obligation gnaws at me. In my pocket I can feel the sharp edge of my passport against my fingers, and the envelope with British cash in it and keys for a borrowed apartment. I wish to God I had a gun.

I don't have a weapon. Can't, not here. Anyway, I'm unofficial, an ex-New York City cop with a license to work private cases in America and that's about it. No gun. I don't know my status here, but I miss the gun like hell, like you miss a body part.

My fingers fidget with the Swiss Army knife in my
pocket. The woman next to me with the spiky racoon hair says “What's so funny?” and I shake my head and say “Nothing” because I'm laughing at myself. What would I do with a little red Swiss Army knife? Threaten the bad guys? Mostly I use it for the corkscrew attachment, to open wine. A cop with a corkscrew. I could have been a waiter.

“Welcome to Britain. Enjoy your stay.”

The guy at immigration stamps my passport, I ride the escalator down, grab my suitcase off a luggage carousel, head out into the raw London night and climb into a square black taxi. I leave the window open. I want to see what England feels like without glass between it and me. The air is dank as hell. In front of me all I can see of the cabbie is his beefy shoulders and a pony tail. He's a talker.

“American?” The cabbie says without turning his head. “Where from?”

“New York. What's with the fires?”

He chuckles like he knows I missed the joke. “Guy Fawkes,” he says. “Back, you know, 1600s or something. Bloke name of Guy tries to blow up Parliament. They trussed him up, burned him. Something like that. Bonfire Night every year, a bit like your Halloween, only now we have that too.”

We cruise along a highway and into town and it's late, there's not much traffic.

Now I'm hanging out the cab window and laughing.
Everything, every car, cab, lamppost, mailbox, street sign, billboard, every store and cafÃ© is foreign, even McDonald's and the GAP seem different, especially at night in the harsh air. I even hum “A foggy day” just for the hell of it.

London's big. Planet London. I watch the blur of unfamiliar places, small houses, big boulevards, department stores. The driver points out Buckingham Palace, then a long avenue leading away from it, green spaces on either side.

Big Ben, the clock face lit up, slides into view between trees, like a postcard. Then Parliament. I tune out the cab driver and lose myself in the passing city. The cab turns left, drives fast along an embankment, the river's on my right, a few boats are winking on it in the distance. In a square on my left, behind a low iron railing, a bonfire is burning, dying out. Then I see the figure.

The driver points it out, a scarecrow or ragdoll, perched on the spikes of the iron railing. The light turns red. He slams on the brakes.

“Penny for the guy?”

It startles me, this soft, ugly, ragdoll face coming through the half-open window. It brushes against my face. I pull back. A couple of drunks are pushing the thing in my window, in my face, yelling “Penny for the guy?” They laugh, a drunken slurry giggle, then stagger away to some cronies, three other guys drinking beer on the sidewalk. One of them sticks the dummy back on the spikes.

The light changes, but my excitement's gone,
punctured by the creeps with the doll. A faint feel of gauzy dread takes its place. My feet and lips buzz with it and I grab a cigarette out of my bag, light up, take a couple of fast drags.

The narrow lane where the cab turns in, in spite of the renovations and fancy shops, feels claustrophobic, closed-in, old, melancholy. The shops near by are mostly dark, except for a restaurant where yellow light dribbles into the street.

“This is it, mate,” the driver says. “Butler's Wharf. Very nice.” He pulls up in front of a renovated warehouse.

I stick some cash in his hand, haul my suitcase out of the cab, into the building, which is slick enough, the lobby, the elevator. The apartment is on the top floor.

The hallway's silent. Somewhere a dog whimpers. Fumbling the unfamiliar keys, I get the door unlocked. Inside, the place is dark, a quiet, empty place no one lives in. I scratch around the wall for the light.