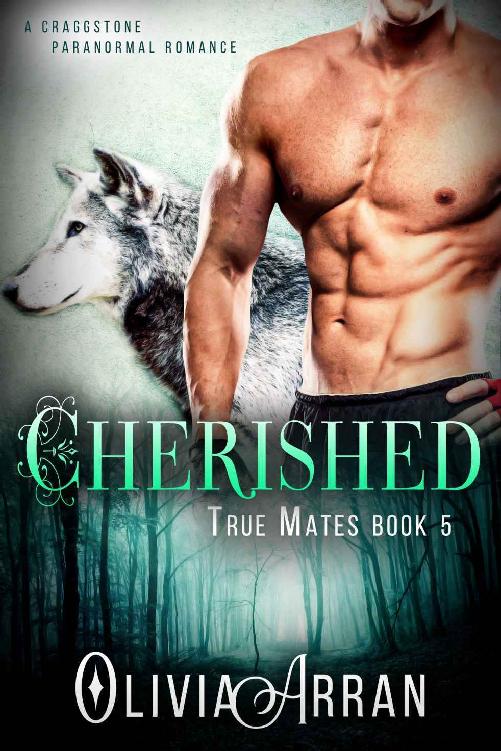 Keep up to date with Olivia! Join her newsletter for information on upcoming releases, giveaways and special offers.

Would you like to receive a copy of Olivia’s next book in exchange for an honest review of 20 or more words?

All rights reserved worldwide. No part of this publication may be reproduced, distributed or transmitted in any form or by any means, or stored in a database or retrieval system, without the prior written permission of the author.

This book is a work of fiction. Names, characters, places and incidents are products of the author’s imagination or are used fictitiously. Any resemblance to actual events, locals or persons, living or dead, is entirely coincidental. Please note that this work is intended only for adults over the age of 18 and all characters represented as 18 or over.

I slipped through the trees, each step falling silent in the dusk-hued forest. From what I had seen so far, there were no guards on the perimeter, and no one keeping watch.

This was starting to feel a little
too
easy.

Shrugging off the unease snaking down my spine, I pressed forward. Easy or not, it didn’t matter. I had a mission to complete, and nothing got between me and my mission.

Which was why Gregg had chosen me for the job. For every job. He knew my training, what I was capable of. Though sometimes I bet he wished he didn’t.

A whisper of awareness caressed my senses. Resisting the urge to tense up, I scanned the surrounding trees, my heightened vision spearing into the shadows, seeking my prey.

Taking a deep breath, I filtered the myriad of smells, searching for whatever had alerted me.

Coyotes, wolves, and humans. All at least hours old, nothing new.

Shoving whatever the hell it was to the back of my mind, I pressed forward. The camp was just in front of me, hidden by a wall of trees and bushes.

At least Jacob hadn’t been lying when I’d finally convinced him to spill his secrets—though of course I had checked, carefully and meticulously, until I was sure. I always did.

Parting the leaves, I clocked three structures, all set in a semicircle facing a large yard.

Now, to shift or not to shift? I pondered the question, my eyes scanning the area. Five men stood guard on a long, low building, the windows barred with steel. The men were facing inward, lounging around playing cards. They seemed more concerned with keeping someone
inside
than someone out.

Idiots
, my wolf growled, echoing my earlier assessment. He lay inside me poised for action, for a nod from me that it was his turn to run. His ears twitched as the unease I had felt earlier wrapped around me again.

Something wasn’t quite right. But what?

The middle building wasn’t guarded at all, and was a lot smaller than the other two. More of a shack really, with a sagging roof and bare windows. Not where they’d be keeping the women and children then.

I turned my attention to the third and final building. This was a proper house, with two stories and a small porch. Again, no bars on the windows, but this one had curtains, and—I strained my eyes, trying to pick out the object—was that a vase of flowers in the window?

Blinking in the rapidly dimming light, I gave up. I would soon be peering in that window anyway.

Better to go as a human. Less noise that way.

No fun,
my wolf huffed, but I’d called it and he’d follow orders. He could be a noisy son of a bitch when he wanted to be, and he knew it. Snarling and snapping had its place, but this plan required a little more finesse.

Setting off at a controlled lope, I skirted the perimeter, coming up behind the low, heavily guarded building. Careful not to send a stray stone skittering or snap a single twig, I crawled up to the first available window.

What the fuck?
Rows of metal beds lined the room, each made up with a single blanket, each with a single lump curled up in the center. No toys, no tables, no rugs—just somewhere to sleep.

A small hand shot out of one of the beds searching the air, little fingers scrabbling against an unknown foe, the blanket-covered lump shaking. A second hand shot out from under the covers in the next bed. A mop of short dark brown hair popped out revealing a boy, maybe five or six. He reached out and grasped the smaller hand, linking fingers, and I could see the boy’s mouth making silent shushing sounds, comforting the younger child until the shaking subsided.

I slumped down from the window, wanting to slide down onto the ground. No...wanting to burst around the corner and beat the living crap out of the men who guarded these children. Held them prisoner. They were being treated like animals, locked up without their mothers, without anyone to care for them or hold them when they had a nightmare.

I locked my legs into place. I had a mission to complete.
Then
I could bring down a whole fuck-load of retribution on these guys.

I crept back into the bushes, fury churning in my stomach, beating at me relentlessly. Just two more buildings to go, then I could—

Tucking my phone back into my pocket, I darted back into the forest and circled around to the building that was little more than a shack. One peek and I finally had eyes on Bert. Surrounded by his men, he was lording it up in a poker game, whiskey in one hand, cigar in another. The room was some sort of headquarters, plans of some kind tacked to the walls, shipment cases piled high and set haphazardly around the small room, men using them as seats and tables. A large package sat on one of the tables, the top ripped open, white powder spilling out.

I watched as Bert leaned back, scooped a finger through the powder and held it to his nose, inhaling it with obvious relish.

He was as high as a kite, and so were most of his men probably.

Backing away, I headed for the last building. Looping around, I cursed the high windows. Unless I was willing to climb I had no chance. A man was guarding the front porch, so that was a no-go. I didn’t have the go-ahead to dispose of him—yet.

Pressing my ear against the old wood, I closed my eyes, focusing all of my senses on hearing. Muffled voices filtered through the rough cladding, vibrating through the wall. I counted…four? Maybe five? All women.

I had what I had come for, and it was time to report back.

Flattening myself back against the wall, I sucked in a deep breath, tasting the new arrival.

Human—a woman. At least I didn’t have to worry about being her smelling me. Human noses were at best…inadequate. Inferior.

I took another deep breath, the unease that had been niggling at me thrusting back to the foreground. There was something—

“Go back inside,” a man’s voice barked out, sounding weary and a little distracted to my ears.

“I will, keep your hair on. I just wanted some fresh air. Can I just pop over—”

Her voice was smooth and carefully balanced, but I could hear a hint of pain, a touch of desperation.

“No, Ana. You know the rules. Why do you try this every night?”

“How do
you
know I try every night?”

“Because everyone reports back to Bert. You know that.” The man sounded bored and a little put out.

Someone wasn’t happy with their position, from the sound of it.

Fuck
, she was asking the exact question that had been floating around inside my head.

“Because he’s the Alpha. But why the fuck am I telling
you
this? Get yourself back inside, isn’t it your night tonight?”

A shaky intake of breath. “No. Not tonight.”

Soft footsteps reached my ears, and the door clicked shut.

What the hell had
that
been about? And why was my wolf straining at the leash, his claws curled, ready to rip this man to shreds to get to the human woman?

My hands were shaking as the door clicked shut behind me, sealing me back inside the house. Every night I forced myself to go out there. Every night I asked the same question—can I see him? Just for one minute, just to hold him, smooth his hair back from his face, kiss his cheek, and tell him his Mom loves him? That I’m doing this for him. That he has to be strong, that I’ll find a way out of here…someday. That I’ll never give up.

“You went out again?”

I nodded, ignoring the looks of sympathy and pity the other women were shooting my way. They’d stopped asking, that’s if they ever had. Most were cowed by the men. Too scared to approach them, willingly anyway.

There was just me and Gina who had any fight left, and the little we had was slowly being eaten away. I slid into the chair opposite her, taking her hand and squeezing.

It was Gina who had spoken before, her brown eyes full of the same heartache I knew my own held. But hers also held fear, and it was a fear I knew very well. One I shared.

It was her night tonight.

You’d think after all this time we would be used to it, to turn off and disconnect, but I didn’t think I would ever be able to. Maybe because I believed that if I did, then I’d stop fighting. Just give up and accept it.

And I would never accept it.

For some reason, tonight had
felt
different, like something had changed. Of course, I had been fooling myself. But just for a second I had clung to the hope that feeling had sparked, burning away my fear and disillusionment, and believed.

“What did you find out?”

I wasn’t even back at the rendezvous point when James’ voice reached my ears. Of course he knew I was back—he was the Alpha after all—but it still rankled that he had picked me out so easily.

Getting sloppy, boy
, my old instructor’s voice whispered in my mind.

Entering the clearing, I faced the group, their eyes weighing heavily on me. It was always like this, the weight of everyone’s expectations pulling at me. They came to me with their problems and I fixed them. That’s what I did. What I’d always done. It was who I was.

“Three buildings. One heavily guarded—the children’s one. Estimate ten to twelve children inside. Big house holds the women—estimate four or five, one guard. I can verify Bert is in the middle shack, plus four men.”

James narrowed his eyes as I relayed the information, his face taking on a brooding look. Shifting his weight, he reached back and tucked his mate, Kara, under his arm, as though drawing strength from her.