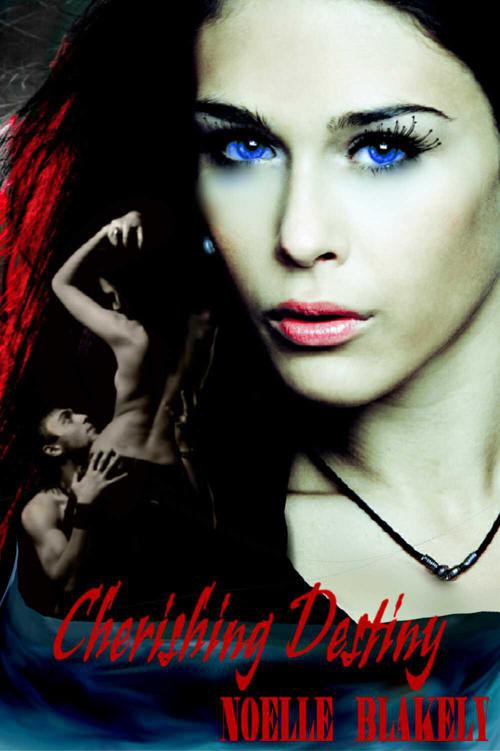 This
book is a work of fiction.  Any references to actual places, people, groups, or
events are used only to enhance the fictional storyline and do not have any
basis in fact.  All Characters and settings are a product of the Author’s
imagination and should not be construed as real.

No
part of this book may be reproduced, copied or distributed in any form,
including but not limited to electronic forms, without express permission.

Whose
support, assistance and encouragement made it possible for me to pursue this
crazy profession.  Geez! Thanks a lot, guys.

Just
kidding!  You all are the best!

She awoke with her cheek pressed into the gritty sand that
coated the floor of the dark cave.  She was almost too disoriented to be truly
considered awake but, little by little, she started to become aware of her
surroundings.

Her breath, which seemed to be coming out in quick, labored
puffs, was stirring up clouds of silt and dust in front of her nose and mouth. It
made her want to cough and sneeze all at once.  She gagged and tried to turn her
head further from the rough, dirty floor.

She only managed to pull her own hair, and she realized she
was lying on her braid. The slight head movement set her ears ringing in a
deafening roar that echoed.  There was a bright spot of white hot
pain centered behind her eyes.  She could, almost, see the
light exploding in little white spots on the back of her eyelids when she
squeezed them shut again. She waited for the pain to subside to a more
tolerable level before opening her eyes again.

She could see the mouth of a cave, clearly outlined by an
area of summer stars and reflected moonlight that was visible within a dark rim
of rock.  She heard the faint sound of water slowly dripping somewhere behind her,
much deeper in the cool darkness.  She could feel her pupils dilating fully,
pushing the brilliant green of her eyes into the thinnest of borders around the
deep pools of darkness at their center.  Her vision was ultra sensitive, and she
used the tiny amount of moonlight to bring the cave into bright focus, searching
as far as her eyes could move without turning her head.  She was not ready to face
that pain again so soon.

The cave, as far as she could see, was empty and relatively
featureless.  The walls were gray rock and the ceiling was neither high nor
low, maybe ten feet, and made of the same unremarkable rock as the walls.  As her
hearing, had detected the faint sound of the water, so was she able to scent a moldy
dampness, but knew it had to be very distant into the deeper parts of the
cavern. The area where she lay was dry and dirty, and when she started to choke
on the dust again, she knew that she would have to try to move again.

The coughing had given her some idea of her injuries.  She
knew that, beyond the throbbing that settled in her head (most certainly a concussion);
she also felt the severe pain of a shattered collarbone.  At least two, maybe
three, ribs were broken and grating together.  She was sure that there were
further injuries, and she rolled extremely carefully, biting her tongue in an
effort not to cry out before she could determine if she was truly alone.  When she
finished rolling onto her back, she was able to scan the rest of the cave and
saw that it continued on into the darkness.  She also observed a shaft running directly
above her up into the rock.  As she changed positions, she added a broken wrist
and ankle to her list of injuries.

Using her heightened senses, she determined that she was alone,
and she felt safe enough to close her eyes and try to remember what happened that
left her in this state.  She remembered the feeling of falling and her body
striking against the rock walls as she half fell and half slid down the steep,
narrow shaft that opened above where she found herself broken and bleeding.

Tasting her own blood on her tongue, where she had bitten
it, and smelling the strong scent of blood from her many wounds, reminded her
that she was already healing, a benefit of the Vampire blood in her veins.  She
knew that she was extremely lucky to be alive because while Vampire blood
flowed in her, she was not a Vampire and, therefore, not immortal or immune
from death.
Not that the true Vampires were immortal any longer either
,
she reminded herself, but that was a fleeting thought she did not pursue.

The Vampire council had named her and her kind Vampyrum.  She
learned that the Vampyrum was actually a species of bat known as the False
Vampire.  Yes, even after all that they had lost, the Vampires still firmly
believed in their own superiority.

To herself and most others, she was known as a Vamphyr,
mortal but with the gift of strength, extraordinary senses and the ability to heal
quickly from all but the most mortal of wounds, among other things.

Maybe I was even the first of my kind.  It was
difficult to say as so many of us came into the world so quickly after the day
the world changed.

She realized that she had been left for dead and knew that
if no one returned to disturb her, she would probably be entirely healed in
three or four days.  A Vamphyr of her strength did not need food or water to sustain
herself for that short period of time.  She resigned herself to the discomfort
of the rock floor and decided to try sleeping through the pain to allow herself
to recover as quickly as possible.

Once she began to remember what happened, it was difficult for
her to remain calm.  She wanted so much to get back to her task, and she was
frustrated that she would be out of commission for the time she would need to heal.
She was angry and wanted to taste the blood of her attackers, the ones who
threw her down the shaft and left her for dead.

She closed her eyes, and she no longer saw the stars.  She
saw only the red of her own fury, and she dreamed of vengeance. She coldly
mused that if she were a true Vampire as the Vampires had been before she was
born, as her own mother had been, those mercenaries would never have been able
to overpower her, cracking her skull, and leaving her to die.

She breathed in and out as deeply as her broken ribs would
allow and used some of the energy she had stored away to dull the worst of the
pain and enter into a quiet meditation that would aid her knitting bones.

The healing process was tiring, and sent her into a deep
sleep where the old Vampires stirred in her dreams.
Her
mother, the beautiful and infamous Aurora Lake, was there too even though she
had been gone for several years.

She had all of Aurora’s memories stored inside of her.  Aurora
had passed them to her through the blood before she died the final death of a
true Vampire.  She passed to her the entire fourteen hundred years of her life
and experience.

She had only been fifteen.  In the years since Aurora died,
she learned to sift through the memories without being overwhelmed by the
wealth of experience and knowledge she carried.

While she drifted in her healing sleep, she dreamed her
mother’s memories, not the older memories, but the ones that showed her how the
world had changed and how she and the other Vampyrum came to be.

She thought about the last time she saw her mother.  She possessed
the memory from each of them.

She remembered them running, running through the town,
running through the forest, running along the shore of a lake.  She could not
say how long they ran that day, but eventually Aurora had collapsed.  She had
lost so much blood.  She was covered in it.  Her beautiful hair had been shorn
haphazardly and stuck out wildly, sticky and crusted with blood. Her clothes
were nothing more than filthy rags, and her bloody skin showed through every
tear in the cloth.  It made her think of what her mother had surely endured,
and she shuddered.

Aurora wasn’t having any of her pity.  She forced herself
to a sitting position and smiled at her daughter.  She held her hand out in a
shaft of sunlight and said, “I truly love the sunshine.  I missed it for so long.”
Her throat was so parched that her voice cracked at the end.

Her mother needed blood badly, but her blood would not
help.  She needed human blood.

Aurora looked at her as if she could read her mind.  “Blood
will not help me now.  I am no longer immortal, and I am beyond my ability to heal.”

“No, mama, you just need to rest for a bit.  You’re going
to be okay. You’re safe now.” She sounded as if she were trying to convince
herself, not her mother.

“I am definitely okay, my love, but I can’t stay with you
any longer.” She smiled and gently touched the face of her beloved daughter.

“I want to pass my life to you,” she said.  “It is
something Vampires can do, and I am not sure if it will work for a Vamphyr, but
I want to try.”  Her eyes were pleading.  “Will you help me, my love?”

“Please.”  She looked so tired just then, but she still
tried to smile.

“What do I need to do?” she asked, steeling herself and roughly
brushing away the tears that were rolling down her cheeks.

When she had passed her blood to the girl and her memories
with it, she pulled her close and whispered in her ear.  “Destiny, I love you
so much.  I wanted to be with you forever, and I am sorry I haven’t been there
for you.  If you think of this moment, you will know how grateful I have been
to be your mother and to have experienced this gift.  No matter what the other
Vampires say, I would not have changed anything that happened because it gave you
to me.  When I named you, it was because I always believed that you were my
destiny.”

My mother’s destiny?
“Mother,
if you can hear me, I believe that I have a destiny too.”

Aurora Lake lifted the wine glass to her lips and listened
to the conversations swirling around her.  She did not actually drink from it,
but allowed the fragrant pinot noir to touch her perfectly formed mouth in the
pretense of enjoying the vintage.   She thought the charade silly and
pointless.  Everyone knew that Vampires did not drink wine despite the care
that the hostess had taken to choose the deepest reds.

World Gone Water by Jaime Clarke
A Barcelona Heiress by Sergio Vila-Sanjuán
The Seventh Daughter by Frewin Jones
A Chance for Sunny Skies by Scott, Eryn
She Survived by M. William Phelps
Forever Yours by Candy Caine
Brother Against Brother by Franklin W. Dixon
The Soul Mirror by Carol Berg
Rebecca Stubbs: The Vicar's Daughter by Hannah Buckland
Alternative Dimension by Kirton, Bill