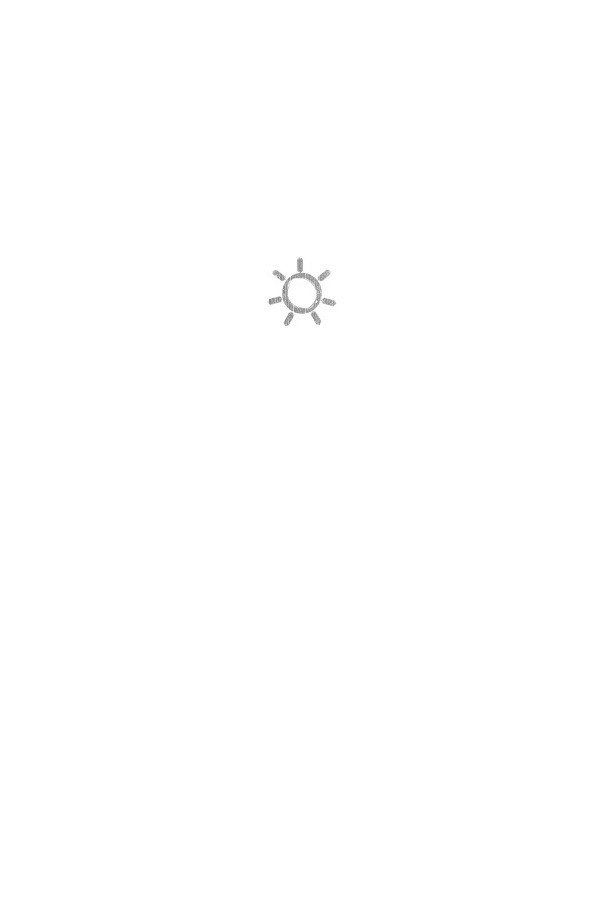 Trent Jamieson is the author of the
Death Works
trilogy, the first volume of which
was shortlisted in both the Aurealis and Ditmar awards, and of the steampunk fantasy
duology
The Nightbound Land
. He lives in Brisbane. 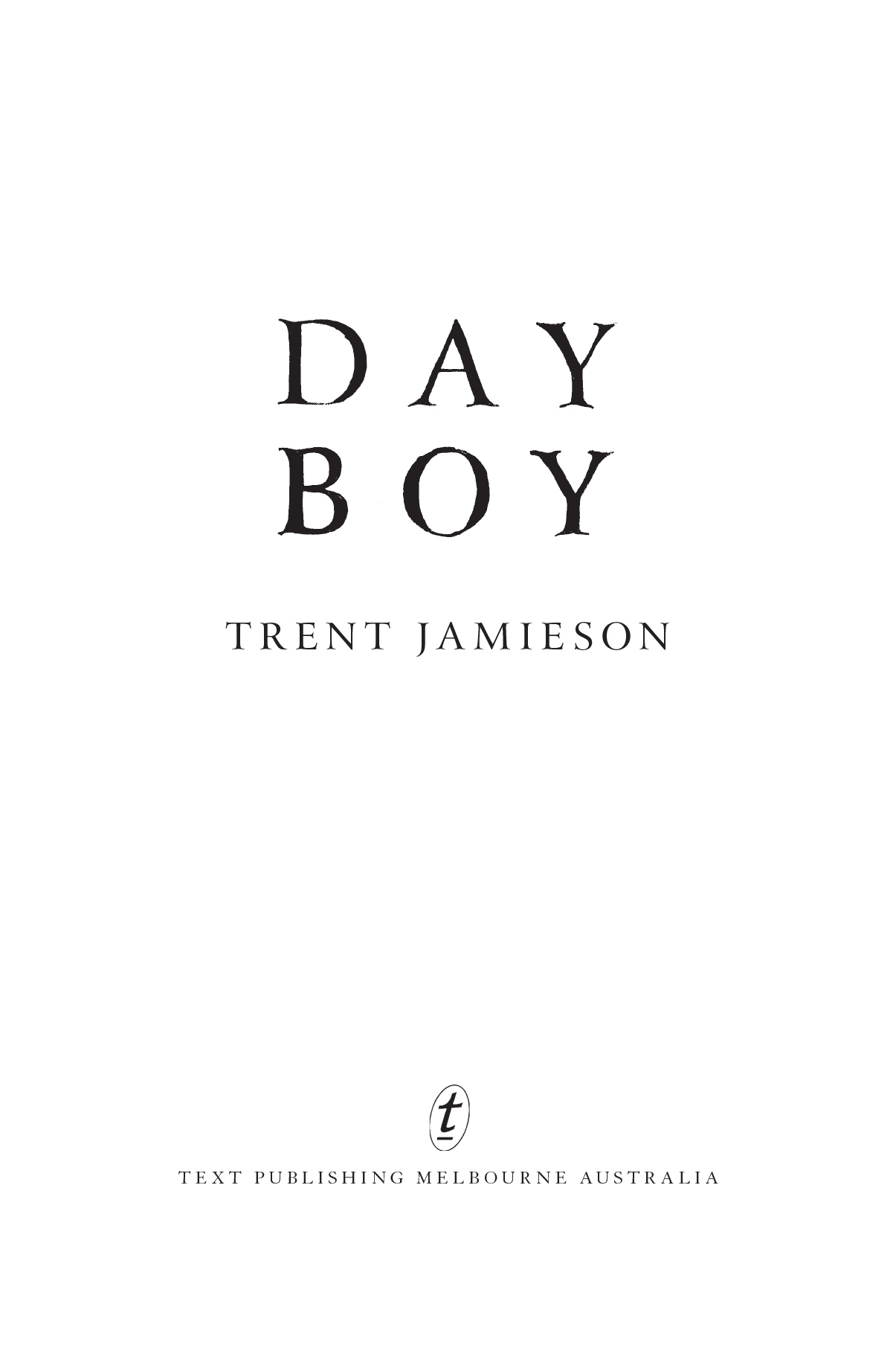 The moral right of Trent Jamieson to be identified as the author of this work has
been asserted.

All rights reserved. Without limiting the rights under copyright above, no part of
this publication shall be reproduced, stored in or introduced into a retrieval system,
or transmitted in any form or by any means (electronic, mechanical, photocopying,
recording or otherwise), without the prior permission of both the copyright owner
and the publisher of this book.

First published in 2015 by The Text Publishing Company

This project has been assisted by the Commonwealth Government through the Australia
Council, its arts funding and advisory body.

For Sophie Hamley, who pulled this story from me word by word, sentence by sentence,
paragraph by paragraph, and chapter by chapter.

This is your book.

I learned to be a man from a monster.

You need to know that if you're to

understand anything that follows.

I am, I believe, a good man; so was heâ

but the monster was always there.

I learned to be a man from a monster;

there's no escaping that.

But the God honest truth is that I miss him.

You will not wound another.

You will wield no weapons unless so sanctioned.

You will not harm our servants.

You will not bar your doors or windows.

You will not hide.

We will visit and you will welcome us in.

The night is not yours.

Our ways must not be walked.

You will be found out.

Do not try to run.

We will catch you.

EVERY STORY SHOULD start with a fight. Fists bunched, all knuckles, blood in the
mouth and laughter.

Every story should start with a hand clenched around a bit of chalk, making the circle
and the seven upon a front door. A door that can't be locked on any account.

The Sun, I draw it in chalk. I draw it simply (a circle the size of my palm, the
seven lines that radiate from it) in the style of the Day Boys. Big enough that there's
no mistaking it. That Sun means my Master is coming to see you: coming for his measure
of blood. Your door will open, and he will enter, talk awhile, if the mood takes
him, and then he will drink.

In truth, for Midfield, and the rest of the towns east and west that cleave to the
city's rule, a single line scratched across the door would be enough. No one but
a Day Boy would dare to make the chalk mark.

It's a courtesy, nothing more, but courtesies hold weight in this town.

I'm just finished with my circle and seven when I spy George, done from his day at
Saul's Butchery. He gives me a wave. He's a big bloke, three times my size at least.
The grin he gives me is lit with weariness, the steps up to his verandah creak under
him.

âThat time again?' He drops onto the bench on his verandah; it too creaks beneath
his weight. He rests his hands by his sides, neat and particular like a lot of big
men. I can smell the day's work on him, sweat and honey. He tends a hive in the hills
when he has time. There's a mark on his cheek from a sting.

Folk are always surprised when their turn comes round; I guess time surprises us
all. Even if it's only twice a month. The beats of the day pass by unnoticed until
they hit you.

âYes. He'll be here tonight.' I slip the chalk back into my pocket.

George wipes his hands on his pants. âYou thirsty?'

It's a hot day, but I won't be drinking, not here. I get a prickle, a little premonition
of hard words from Dain. I can't hide my desire, though, or the thinking better of
it. Dain says I'm an open book, and Master Dain knows all about books.

George lifts his hat, his hair thin beneath. Scratches his scalp. âIt's all right
boy, I won't hold you. When I was your age the day was a million directions, all
of them herding me, all of them saying, this way, come here! Days like this, long
as they are, they're even worse. Go and get yourself in trouble.'

That's George, good old George. I don't give him time to rethink the sentiment.

But I'm barely a block away, sucking back on a smoke that
I've rolled pretty swell,
when Twitcher calls out to me. âMark!' First I mistake him for a crow, caw, caw,
cawing. Then he's caught me up.

Trouble. Always got its sights on me. Better Dougie than a Hunter's what I always
say. But Hunters never come into a town like ours really, they wouldn't dare. The
monsters they stalk are in the south and north, remnants of that last war.

Twitch rolls his eyes; he just wants this done. This heat brings out every kind of
impatience. âSays you know where to go.'

âNot that kind of meeting.'

I cast a glance back to George's place but he's gone inside. Should have taken him
up on that drink. I have another drag of my smoke, flick it to the ground all casual.

If Dougie's got a fight in mind, which he has, he'll be waiting by the field on the
edge of town. No idea what I've done this time but we Day Boys take our insults and
challenges seriously. I grin at Twitcher. âWill you be joining me?'

Twitch gives me a flat look, not a twinkle to be seen. He kicks at a stone. âI better,'
he says.

Twitch shrugs. That passes for conversation in these situations. He walks close
to me, like he's frightened I'll run away. Run away where? Day Boys don't run. I
crack my knuckles, lope a bit, swing those knuckles low and parallel to the cracked
earth. Try to get a laugh out of Twitch.

The boy's as grave as blood; chills my guts a little. So I
straighten up, and we
walk all funereal, him and me, in silence, kicking our boots in the dirt. I stop
to piss, but then I can't, feel it draw up in me. What a misery! All that discomfort
and not a drop of release. Twitch finds a bit of humour in that.

âShould I fight you first?' I say.

And we're both smiling, despite what's coming. And that's how it is when we turn
the last bend in the road, heat and dust rising from everything ahead and behind.

Dougie's waiting for me on the beginnings of the dirt road that heads out of town.
Nothing more than a trail now, barely that, but it leads out and out to the elsewhere
of Hunters and the monsters they stalk, out beyond the calm of the towns that run
along the line to the city. North and south are the Bad Lands, and here is just before
they start.

Right where Dougie and the other boys are. Standing on the edge of safety. He's curling
his fingers closed, then opening them, giving a nail a bit of a chew, his stovepipe
hat pulled low over his face so I can't see his eyes. I try not to squint. I turn
my head, spit on the ground.

He whistles a little tune then stops, pretends startlement.

âYou took your time.' His voice is soft, and polite like a fillet knife.

âSuch a beautiful afternoon.' I smile in the dusty heat, my belly cold, and swing
a fist into his face.

You get the first punch in. Sometimes you might not get another.