Read I Love You, Ronnie Online

I Love You, Ronnie 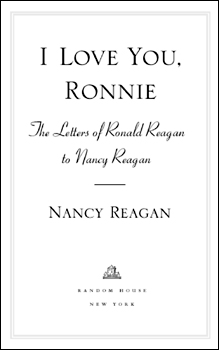 I LOVE YOU, RONNIE 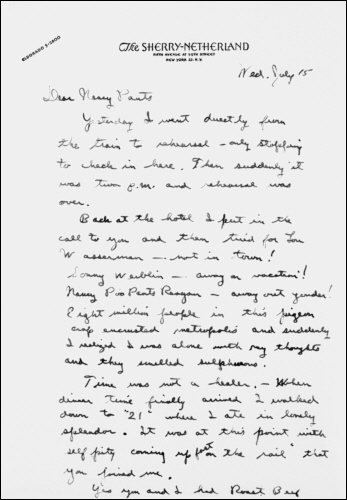 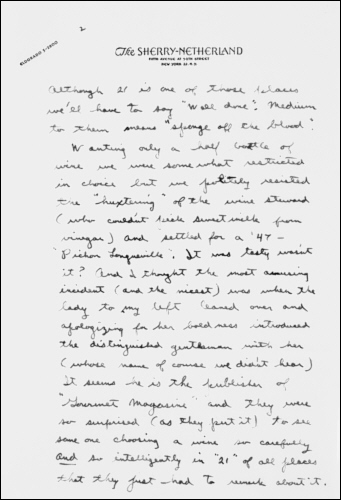 As I reread Ronnie’s letters to me recently, getting ready to donate them to the Ronald Reagan Library, I realized in a new way how very special they are. I’d always intended them for the library, believing them to be of value to historians seeking to learn more about a former president. And yet as I read them once again, fishing around in the shopping bag I kept them in and pulling them out one after another, remembering and enjoying Ronnie’s humor and style, his presence and his love, I was struck by how much they said about him—not just as a president, but as a man. And about us, the love we shared. The letters took me back in time, to the different moments of the life that Ronnie and I have shared for almost fifty years. And, once more, they brought Ronnie back to me, in his own words.

I realized how valuable the art and practice of writing letters are, and how important it is to remind people of what a treasure letters—handwritten letters—can be. In our throwaway era of quick phone calls, faxes, and E-mail, it’s all too easy never to find the time to write letters. That’s a great pity—for historians and the rest of us. If only people could see Ronnie’s letters, I thought, they’d realize so much, including how wonderful it can be to take the time to write what you feel to those you love.

For all these reasons, I realized I wanted to do something more with Ronnie’s letters than send them to the Reagan Library. I hated the thought of their being stuck in a file there, read by a few scholars and researchers yet not by the many people who love Ronnie but don’t have access to the Simi Valley archives. I decided I wanted them to be able to read the letters before I donated them to the library. That way, all the people who admire Ronnie could share in discovering the side of him that he’s always kept hidden from public view. That is to say, his private side. His heart.

I am deeply grateful to Judith Warner for her help in the preparation of this book. And to Martin Garbus, my deepest thanks for his advice and friendship.

And now, last but far from least, my editor and friend, Kate Medina. She was extraordinarily sensitive to what I was trying to do and very aware when I hit those periods when I just couldn’t do anything and had to stop. However, when it was time, she would gently nudge me on, and somehow, with her help, I’d get it back together. I can never thank her enough for her patience and kindness. 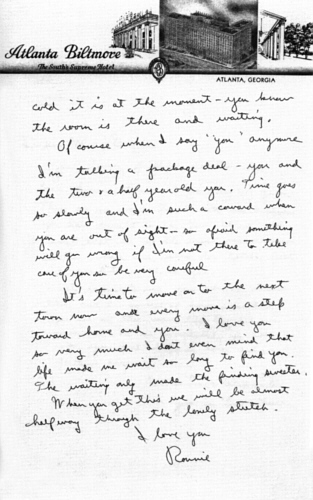 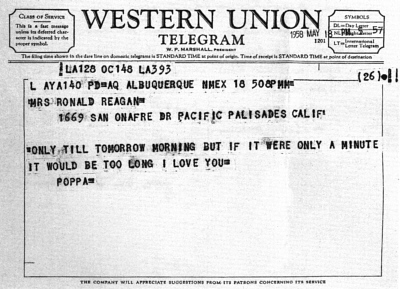 I Love You, Ronnie C
hristmas 1980—it was perhaps the most important turning point in all of our lives.

We were due to leave for Washington in just a few days, and we both had a lot of things on our mind. They were different things, but still, they were there, and they preoccupied us. We’d been thrilled by the campaign and election night, and now we were planning for our new lives. Ronnie was thinking about all that it would mean to become president. He had always been very clear about his positions and where he wanted the country to go, but the idea of actually sitting in the Oval Office was daunting. I, on the other hand, was packing, getting ready to move us to Washington, clearing out closets and cleaning out the car port, which over the years I had filled with baskets and more baskets.

Christmas was Christmas nevertheless. We were there at home in California. Ronnie’s thoughts were of those closest to him—our family, gathered around us for one last celebration in our house in Pacific Palisades. It was a strange time—the last time we would ever have Christmas together in the house where Ronnie and I had raised our children and built our lives.

On Christmas Day, our children and their families, plus Ronnie’s brother, Moon, and his wife, Bess, came to dinner. We exchanged presents. Ronnie made a toast, as he always did, and he summed up, I think, what we all felt: “This toast is for all of us,” he said. “Not for what we’re about to become, but for what we’ve been, to each other, for so many years.”

In the morning, I had found a wonderful letter, just as I almost always found a Christmas letter from Ronnie throughout the years of our marriage.

Christmas was, of course, a special occasion, but it wasn’t the only time Ronnie wrote to me. From the earliest days of our marriage, and even before, Ronnie wrote to me all the time—beautiful letters, with descriptions of the world he saw around him; moving letters, filled with emotion, which deepened as we fell more and more in love.

No matter what else was going on in his life, no matter where he was, Ronnie wrote to stay in touch. I found his letters funny, warm, and imaginative. I loved reading them, and found myself looking forward to receiving them. Whenever Ronnie went away, I missed him terribly, and when his letters arrived, the whole world stopped so I could read them. I always loved not only what Ronnie said but the way he said it: the inventiveness and fun, the natural way he expressed his feelings and described the world around him. I saved every letter, every card, and every doodle.

Anyone who knows me well knows that I’m a saver. I always have been—and especially of anything having to do with my husband. Everyone teased me about it in the past, and grumbled about it when it came time to pack up all the things I’d saved and move. But then, when they were searching for things for the Ronald Reagan Library, they were suddenly very happy with me and the things I saved. For the librarians, the wedding clothes and baby shoes, the invitations and presents, and the boxes and boxes of photographs that I’d held on to over the years were nothing less than a treasure. But for me, the most precious thing of all has always been this collection of Ronnie’s letters.