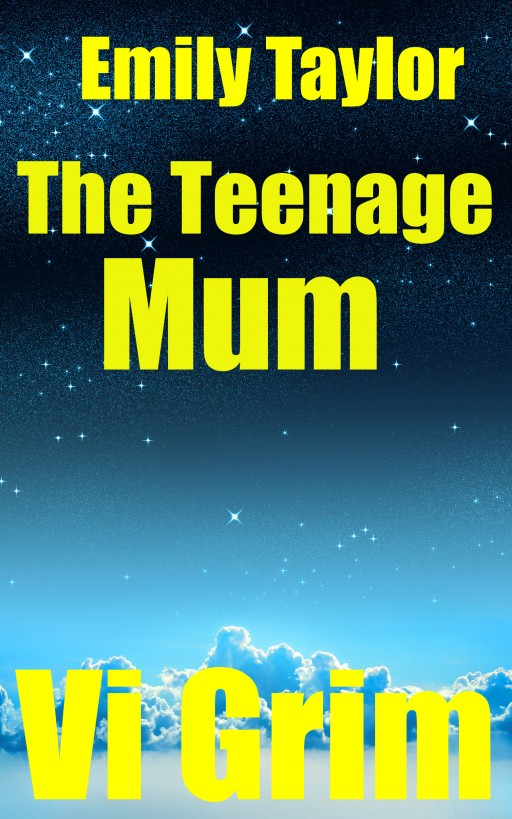 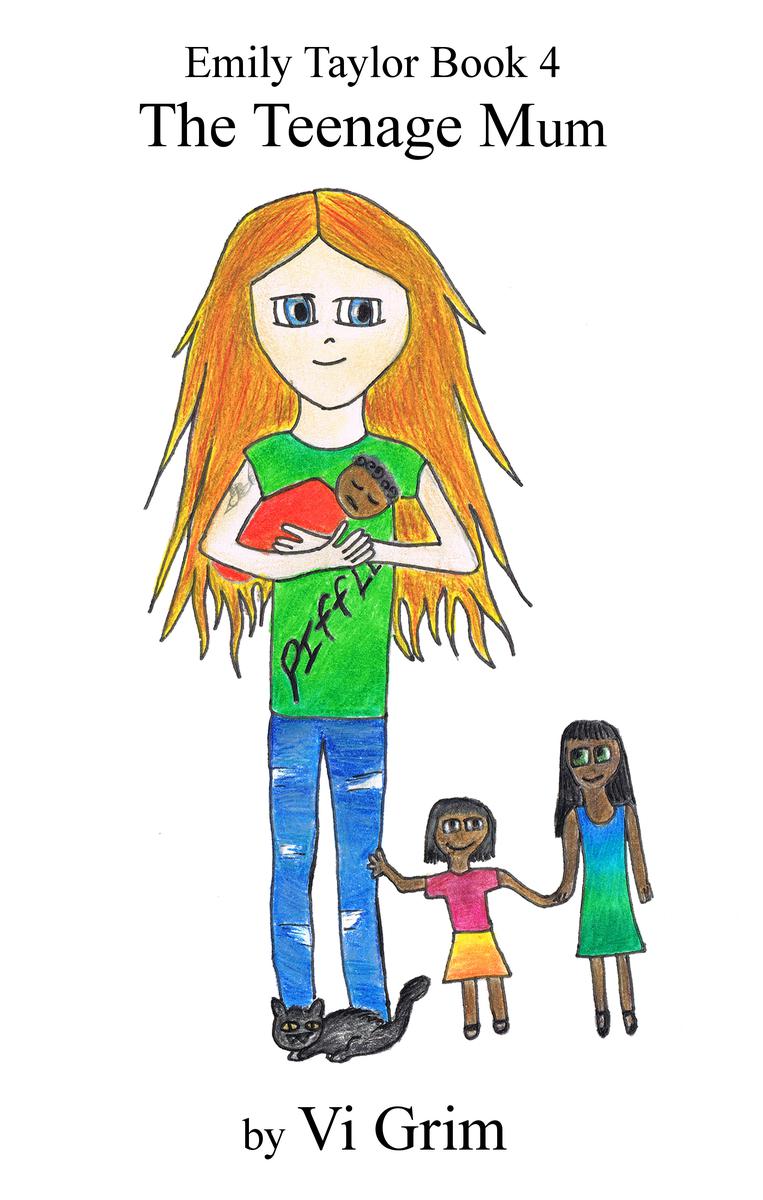 This ebook is licensed for your personal enjoyment
only. This ebook may not be re-sold or given away to other people.
If you would like to share this book with another person, please
download an additional copy for each recipient. Thank you for
respecting the hard work of this author.

Cars and buses
whoosh by as I skip along the side of the motorway, juggling an
empty coke can like I'm Pel
é.
I kick it at a road sign. It hits target and bounces up in the air
in a shower of sparks.

'Goal!' I shout, raising my
hands in the air and dancing about as chips of paint rain down on
me like confetti.
The traffic honks and roars in
appreciation as it whooshes by.
I trap the battered can before
it hits the ground, tap it in the air a couple of times then boot
it at the next sign.
Clank!

Another perfect
shot,
it hits bang on target
and bounces out into the road.

Boooop!
A huge juggernaut hoots as it
shoots by inches away, blowing my hair into my eyes.
Its eighteen wheels
squash and flatten my can, squishing it into the tar.
I'm young, like about
ten, and wearing the bright yellow summer dress with red
strawberries that I wore all that last summer at home. It ain't
summer though, more like winter. I blow out dragon's breath into
the frosty, grey air. I don't feel the cold, not a bit. I skip down
the off ramp heading for home, and bangers and mash, with peas and
gravy for dinner.
Suddenly, horns honk
angrily and there’s a screech of tires. Cars and trucks swerve to
avoid a huge slimeball that's heading down the lane towards London.
A red double-decker bus smashes into it, splattering blue slime all
over the place. A lump of sticky, revolting goop slams into my
face, knocking me off my feet. I jump back up and run blindly,
clawing with my hands to try and get the slime out of my eyes. It
stings! I trip and fall heavily, winding myself. Grabbing the hem
of my dress I wipe the sticky slime away as I struggle to my feet,
gasping for air. I look around. The slimeball is coming straight
for me. I'm frozen; my legs won't work. I scream as the slimeball
opens its huge mouth, its fangs slicing through me as it hoovers me
up.

The roar of the traffic
turns to the booming of surf and I open my eyes and blink in the
bright morning light. Everything's blurry, I can't focus. I'm
bathed in sweat and panting like a dog. I close my eyes again and
breathe deeply, happy to be curled up snugly on my sofa, free from
my nightmare.
I open my eyes again but
still can't see properly, just a line of golden sand with
shimmering sea blue on one side and tree green on the other.
There's a yellow blob on the beach. I rub my eyes and struggle to
focus but they won't work. My world stays blurry and the yellow
blob, a mystery.

My body is on
fire
. The foul, burnt
electronics smell of singed hair hangs about me. Remembering what
happened, I reach up and feel my head. There's just rough stubble;
my hair has gone.

Scruff is gone too. I'll miss
him, stupid dog. And Castor, shot down in flames by the Baron.

What's happened here on Camillo
is worse than my nightmare.
I spose I'm lucky to be alive.
I don't feel it; dead doesn't seem like a bad option at the
moment.
Remembering what happened makes
me shudder. The slimeball chased me into the lettuce patch, sunk
its fangs in and was gobbling me up when Zeus zapped it. I hate
slimeballs, hate them with a passion, they're the most horrible
disgusting creatures in the universe.
Being hit by Zeus's
thunderbolt doesn't agree with me either, everything hurts. Even my
teeth hurt. It feels like there's a dagger in my side. I reach
down. Yes, there's definitely something sticking out. I can't see;
my eyes still don't work. I give it a wriggle. Sharp pain bounces
around my body. I pass out.
When I open my eyes again
they work better, my world is still fuzzy, but not as blurry as it
was. I stare at the yellow blob on the beach trying to make out
what it is.
A head with four spikes
sticking up like a crown, comes between me and the yellow thing.
‘Emily would you like a cup of tea?' asks Zeus.
'I'd kill for a cup of tea.
Does it come with an Afghan?'
'Of course, Earl Grey or
Lapsang Suchong?' he asks.
'Nothing fancy,' I say.
'Gumboot tea, sweet and white, like me, with an Afghan.'
'You don't look sweet or
white,' says Zeus.
'Oh, and by the way,' I say.
'Thanks for saving me.'

'It was close,'
says Zeus.
'He almost got the
lettuces!'

I swipe at him but it sends
such a wave of pain through me that I pass out again.

When I come to, I have a sip of
my luke warm tea. There's lots of sugar in it. He must figure I
need sweetening.
'Are you going to leave that
thing sticking out?' asks Zeus.
'What thing?' I ask.
Seeming not to hear, Zeus
continues, 'You teroids are always sticking things in your bodies,
dangly things in your ears, bits of metal through your tummy
buttons and nipples and rings and pins and studs, who knows where
else.'
It sounds painful. It is
painful, whatever it is.
'Do you want to keep it?' asks
Zeus.
'Keep what?' I demand
grumpily.
'The slimeball fang stuck in
your side. Do you want to leave it there for decoration?'
I scream.
'That's a no then,' says Zeus,
and grabs the fang and pulls.
I scream again, knocking over
my cup of tea as I struggle to get away.
'Stop, stop, leave it alone,' I
shout, stomping my foot painfully.
'So you want to keep it
then?'
'No!'
He goes back into the house
leaving me in my painful, blurry world, listening to the sound of
the surf.
Eventually his footsteps return
and he puts a warm cup of tea in my hand. I sip silently on it and
munch on the Afghan, saving the walnut for last. It's the best bit,
but it hurts my teeth to bite it.
Once I've finished my tea, Zeus
says, 'Right, let's pull it out,' and grabs the fang.
I hit him and he
disappears.

I regret hitting him. The fang
stays in, my world remains blurry, and I get sick. I lie on the
sofa, listening to the surf, having nightmares about slimeballs and
trying to focus on the yellow blob that's appeared on my beach.
Negrita curls up beside me. She snarls and scratches when I go to
stoke her. Remembering Enzo, I reach into my pocket. He's still
there, safe in his cage. I give him a squeeze, reassured by his
presence.

'Is Castor dead?' I ask
Pollux.
'He darn well deserves to be!'
answers a hard, unfamiliar voice.
''Who are you?' I demand.
'Renard,' answers the slug,
'I'm Castor's replacement.'
'So he's dead?'
'No, but he will be soon, when
the sun dries him out.'
That's it; the yellow on
the beach is Castor. I click my fingers and I'm lying on the beach
beside him. His skin is dry and cold to touch. I call to him but
there's no answer. I click my fingers, the biggest click I can
muster.
Bing!
I'm back on the sofa and, by
the looks of the yellow filling one of the windows and the door;
he's in the living room. I struggle painfully to my feet and feel
around until I find the hose, turn it on and squirt it at the
yellow blur.
'Thanks Em, you're a star,'
says Pollux, the other sentry slug.
'You should have left him to
die,' snarls Renard, reproachfully.
I don't like this new sentry
slug.

I must get the
fang out;
it's poisoning me.
Without thinking, I grab it and pull. The pain makes me throw up
but out it pops. I throw it as hard as I can and hear a
plop
as it splashes in the sea. Blood and stuff flows out, lots
of it.

'Do something, quick!' says
Pollux, sounding a bit worried.
I grab the nearest thing,
Negrita and push her against the hole. She snarls and breathes fire
then struggles and twists out of my grip and is gone.
I feel jiggling in my
pocket. I reach in and flick open Enzo's cage. He wriggles his way
out and pushes against the wound. I cup my hand over him to hide
him; I don't want that Renard to see him, I don't trust
him.
'Careful,' cautions
Pollux quietly. He doesn't like Renard neither.

Enzo's touch is cool and
squishy, like someone's holding an ice cream against the wound. I
can feel all the badness being sucked out. My body goes all light
and wobbly and I drift away.

Slimeballs haunt my
dreams. I relive the slimeball chasing me across the paddock,
seeing him suck up the panicked sheep and Scruff. In my dream I can
hear Scruff yapping and sheep's bells clanging inside it as it
pursues me through the sugar cane. Then it's upon me and swallows
me up. I expect to be crushed but find myself floating in space
with Scruff and the sheep. Scruff barks and yaps and the sheep baa
to each other. We gradually drift apart until they're lost from
sight and there's just space with the occasional distant clanging
of bells. Weird.

'Shame, shame, the shame of it.
I'd rather be dead,' says a familiar voice.
I wake up slowly. Someone's
bandaged my side and covered me with a blanket. Negrita must have
forgiven me cos she's curled up at my feet, snarling softly.
'Shame, oh shame,' continues
the voice.
I look around to see Castor's
face filling the window. It's so good to see him alive. I can see,
I can see again!
'I saw your yellow bits,' I
tease.
'Shame, shame, shame, shot down
by the Baron. There hasn't been a sentry moon shot down for
centuries.'

'You're useless,' says
Renard.
What a horrible thing to
say. I click my fingers and am up in his cockpit. He has mean
slanty green eyes that are blood shot around the edges. His face is
covered with scars.
I slap him. 'Shut up!' I yell
before he has a chance to say anything. 'If you can't say something
nice, don't say anything at all.'
He sniggers at me. I punch him
in the face and teleport back to my sofa.

'Shame, shame, shame,' mumbles
Castor.
'Get over it,' I say, and
getting up painfully from the sofa, go across to the window and
give him a kiss.
He blushes and brightens
up.
'I saw your yellow bits,' I
tease again. His face drops.
'Shame, shame.'
'Oh, do stop that. I didn't
really see them, everything was all blurry.' I give him another
kiss.

The Lovely Reckless by Kami Garcia
Child Garden by Geoff Ryman
Red Handed by Shelly Bell
Two Men for Piper [The Men of Space Station One #7] (Siren Publishing Ménage Everlasting) by Marla Monroe
Loki: Why I Began the End by Maia Jacomus
Dial Me for Murder by Matetsky, Amanda
Annie Was Warned by Jarrett J. Krosoczka
Trouble Walks In by Sara Humphreys
Sultry Sunset by Mary Calmes
Marrying Minda by Tanya Hanson