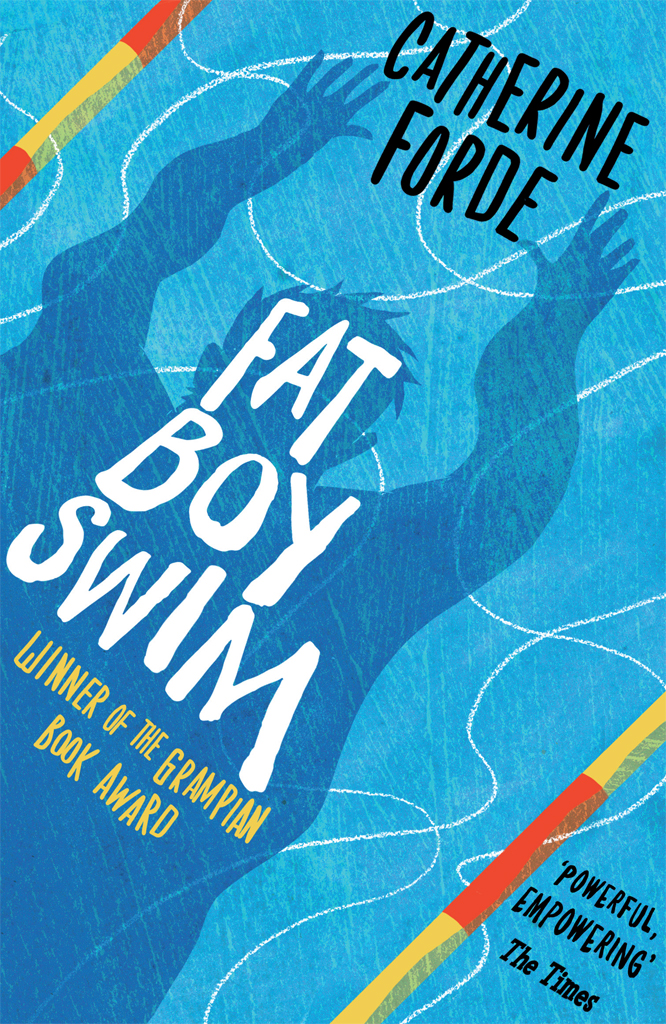 First published in Great Britain 2003
This edition published 2015
by Egmont UK Limited
The Yellow Building, 1 Nicholas Road, London W11 4AN
Text copyright © 2003 Catherine Forde
Cover copyright © 2015 Tom Jellett
The moral right of the author has been asserted
First e-book edition 2015
ISBN 978 1 4052 7931 4
eBook ISBN 978 1 7803 1188 3
www.egmont.co.uk
www.cathyforde.co.uk
A CIP catalogue record for this title is available from the British Library
Typeset by Avon DataSet Limited, Bidford on Avon, Warwickshire
All rights reserved. No part of this publication may be reproduced, stored in a retrieval
system, or transmitted, in any form or by any means, electronic, mechanical, photocopying,
recording or otherwise, without the prior permission of the publisher and copyright owner.
Stay safe online. Any website addresses listed in this book are correct at the time of going to
print. However, Egmont is not responsible for content hosted by third parties. Please be aware
that online content can be subject to change and websites can contain content that is unsuitable
for children. We advise that all children are supervised when using the internet.
To Sean, for your faith.
To Mum, for your tablet and more.

One rasp from Maddo McCormack in goals was enough to set Jimmy stumbling up the pitch, as though someone had given him a wedgie up the backside.

He only shuffled half a dozen steps, each one making his thick flesh judder. The impact of his foot hitting the ground had him wheezing like an old accordion.

Somewhere to his left he could hear the flat clack of hockey sticks as the girls played their interschool final. Voices rose through the heat and drifted across to the field where Jimmy panted.

This summer was off to a bad start. For Jimmy anyway.

Unlike most years it hadn’t crept in: one wee glimpse of sun in April, followed by three weeks of rain and back on with the winter clothes, bit of snow in May, then a disappointing June.

First of May this year, a furnace-blast of sunshine had scorched the west of Scotland. Day after day after day of stifling heat. Night after sleepless stuffy night. Even the ice-cream vans struggled to chime through the thick air.

After two months of weather like this, Jimmy felt he was suffocating under his own sticky weight. Made worse because it was serious school sports season. No getting out of it.

At least today’s match was the pay-off for eight weeks of peace.

Blow the whistle,
Jimmy willed Hamblin, the ref. It had to be full-time, otherwise he’d never have been forced from the sanctuary of the subs’ bench. Although St Jude’s insisted that every pupil had a stint on the field, it was unspoken policy that Jimmy Kelly was only played in the dying moments of a game, and only then if St Jude’s were winning.

His name came hurtling towards him, screeched at maximum volume. A primitive chant. Carrying the threat – no, the
promise
– that he’d be ripped apart if he didn’t snap to it.

He had to look up. Wasn’t going to get away with playing the invisible hulk.

‘Never mind them, moron. Get your eye on that ball! Kick it back up the pitch, Kelly. It’s at your feet, man!’

GI Joe was level with Jimmy on the sideline, eyeballing him. His proximity didn’t make him lower his voice any. He bawled as though his lungs would burst.

‘Come on, big man. Chase that ball. Boot it up the field. He’s on your back. Aaach!!! What you playing at?’

Jimmy’s head went down. But that didn’t matter. He could see what GI Joe was doing without looking. Swinging his whole body round from left to right in utter despair. Like he always did when he tried to get Jimmy to shift. Shaking his head in dismay was never enough. Every bit of him had to join in.

Jimmy knew GI Joe’s face would be beetroot, wriggly veins bulging from his temples under the line where his bristly crewcut began. His forehead would throb visibly from the effort of screeching down the field at Jimmy.

Later, when GI Joe tried to speak at normal pitch, his voice would crack. If you didn’t know what kind of bloke Coach was you might think he’d been bubbling.

Jimmy knew – again without having to look up – that even the charitable guys in defence were throwing him daggers over their shoulders as the play moved off up the field. Muttering curses under their breath. Wanting Jimmy taken off once and for all.

Others were more straightforward with their objections.

‘What’s the balloon up to? Ball right at him and he lets it past.’

Might as well have been a universe away, the lot of them. He’d never catch up.

They were all at it now.

A dozen voices. Subs on the bench leaping up and down behind GI Joe. The rest of his side charging towards him. Circling like vultures.

Flustered, Jimmy could barely tell one team from the other, the oppo just clones of his own side clad in different jerseys. All he knew was sweat on hungry faces, saliva stringing from open mouths as two thundering teams descended on him.

Even Jimmy couldn’t ignore that voice scaling two octaves in his ear, or the clasped entreaty of GI Joe’s Cumberland sausage fingers under his nostrils. He’d have to make contact with that football. After all, it was sauntering almost casually in his direction as though it was out for a wee stroll on the pitch.

He gulped. Straightened up, searching the panting faces in the closing semicircle before him.

Jimmy drew back his left foot, approximated a kick and –
oof
– was felled like an oak. His own defence had surged as one to tackle the nifty mover from the opposition who had sussed it would be tomorrow before Jimmy’s boot touched that football. But it was too late. A superb slide kick shunted the ball just enough towards Maddo’s goal mouth where the opposition striker was poised.

Hamblin, ref duties over, spat his whistle at Jimmy. Almost reluctantly, he peeled back the scrum champing menacingly over the clammy flesh-mound lying winded on the grass.

Extending his long arms, Hamblin corralled the mob away, steering it towards the middle of the pitch. Beyond lynching distance of Jimmy.

Not once, however, did Hamblin check any of the insults his pupils hurled like clods over his shoulders in Jimmy’s direction. Not even when Victor jooked round him and crowed,
‘Fat Boy Fat’
, to an accompanying volley of gobs and laughter.

Hamblin was too busy scowling at Jimmy himself.

Jimmy waited behind on the pitch, wishing the grass could swallow him up, even for a while. Flat on his back, he stared at the blue, blue sky until he felt recovered enough to examine the mucky trench Victor Swift’s stud had gouged in his shin after the final tackle.