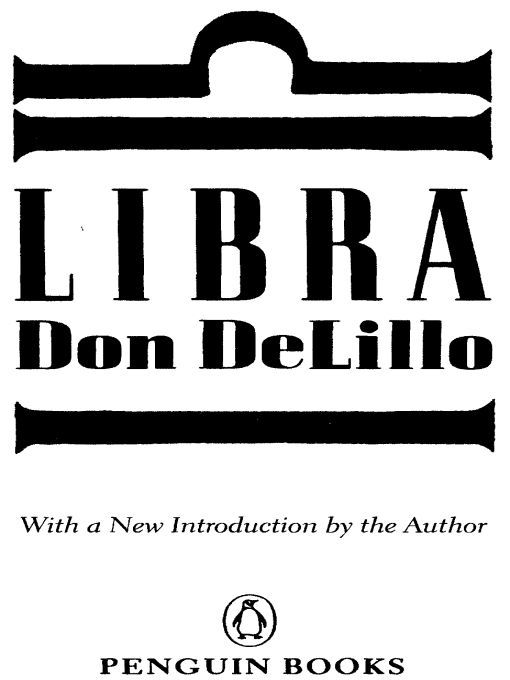 Table of Contents
Title Page
Copyright Page
Dedication
Introduction
PART ONE
In the Bronx
17 April
In New Orleans
26 April
In Atsugi
20 May
In Fort Worth
19 June
In Moscow
2 July
In Minsk
PART TWO
15 July
In Fort Worth
12 August
In Dallas
6 September
In New Orleans
25 September
In Mexico City
4 October
In Dallas
22 November
In Dallas
25 November
AUTHOR’S NOTE
FOR THE BEST IN PAPERBACKS, LOOK FOR THE
FOR THE BEST IN PAPERBACKS, LOOK FOR THE
PENGUIN BOOKS
LIBRA
Don DeLillo published his first short story when he was twenty-three years old. He has since written thirteen novels, including
White Noise
(1985), which won the National Book Award. It was followed by
Libra
(1988), his bestselling novel about the assassination of President Kennedy;
Mao II
(1991), which won the PEN/ Faulkner Award for Fiction; and the bestselling
Underworld
(1997), which in 2000 won the Howells Medal of the American Academy of Arts and Letters for the most distinguished work of fiction published in the prior five years. Other novels include
Americana, End Zone,
and
Great Jones Street,
all available from Penguin. His most recent novel is
Cosmopolis.
In 1999, DeLillo was awarded the Jerusalem Prize, given to a writer whose work expresses the theme of freedom of the individual in society; he was the first American author to receive it.
To request Great Books Foundation Discussion Guides by mail (while supplies last), please call (800) 778-6425 or E-mail [email protected] To access Great Books Foundation Discussion Guides online, visit our Web site at
www.penguin.comor
the Foundation Web site at
www.greatbooks.org
. 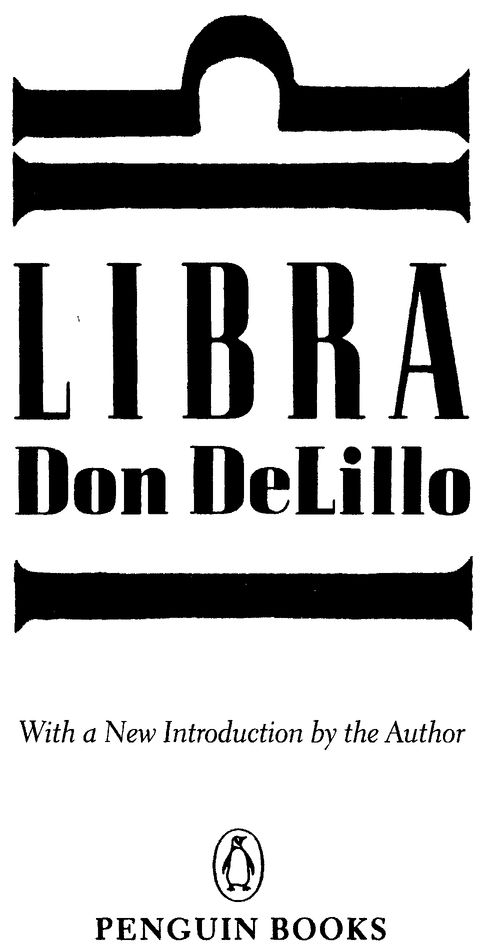