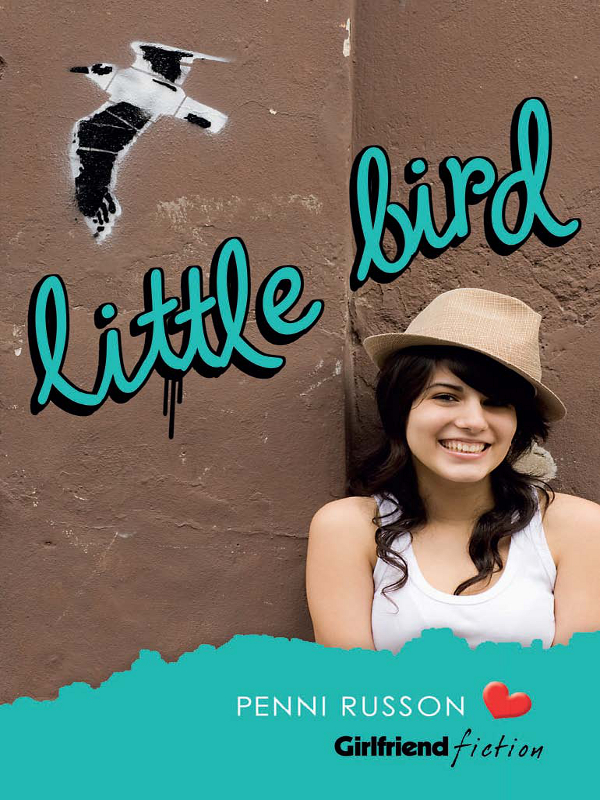 1
My Life and Other Catastrophes
Rowena Mohr

3
She's with the Band
Georgia Clark

5
The (not quite) Perfect Boyfriend
Lili Wilkinson

6
Step Up and Dance
Thalia Kalkipsakis

14
What Supergirl Did Next
Thalia Kalkipsakis 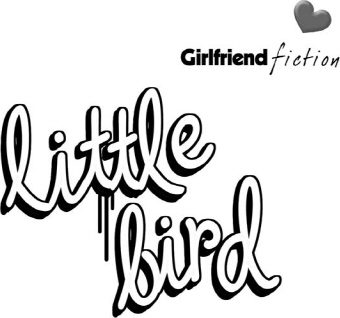 All rights reserved. No part of this book may be reproduced or transmitted in any form or by any means, electronic or mechanical, including photocopying, recording or by any information storage and retrieval system, without prior permission in writing from the publisher. The
Australian Copyright Act
1968
(the Act) allows a maximum of one chapter or ten per cent of this book, whichever is the greater, to be photocopied by any educational institution for its educational purposes provided that the educational institution (or body that administers it) has given a remuneration notice to Copyright Agency Limited (CAL) under the Act.

I was curled up in the seat by the window. Out in the street a little bird bounced along the footpath, pecking up invisible crumbs. It didn't seem to care about the world around it â the busy shopping strip and the people dashing by. It just hopped out of the way and kept pecking, as if it didn't even know how small and crushable it was. The more I watched it, the more sure I became that someone would tread on it. A small child raced along the footpath, and a big red-faced woman laden with shopping bags lumbered after him. Suited men in shiny shoes and suited women in dangerous high heels hurried past the window. Two women walked side by side, pushing big-wheeled prams. A young guy loped past, his head titled upwards, as if waiting for something to fall out of the sky. None of the passers-by seemed aware of the little bird's existence. If I were a bird I'd fly all the time. I'd never come down to the ground.

Shandra stepped out of the change room. I turned away from the window to let the bird fend for itself, without me worrying about it.

âWhat do you think?' said Shandra.

Even though my face was beginning to ache, I forced another smile and nodded, trying to look enthusiastic.

Shandra sighed and stuck her hip out as she gazed in the mirror. She hitched up the stiff bodice. âIt's kind of eggshell, isn't it?' she asked the attendant.

She shook her head. âWarm white,' she assured Shandra.

Colette, Shandra's best friend and first bridesmaid (I was second), was wandering around the back of the shop, flicking through the racks of plastic-covered dresses. She turned and studied Shandra.

âI want ivory,' Shandra said to the attendant. âIvory or alabaster. I don't want yellow. I don't want to look like an old bone on my wedding day.'

I sighed. They all looked white to me. I tried to shift my weight in the chair, but â ouch â it felt as if my skin might peel right off my thighs. I was stuck to the vinyl chair like a roast chicken to a baking tray. Which served me right, I suppose, for wearing a short denim skirt when no one (as Shandra had assured me) wanted to see my blotchy, marbled thighs.

âListen, Darls, you're talking about the cold whites. With your skin tones you need a warm white.' The attendant wore her hair in the tightest bun humanly possible. It pulled her face back so far she looked constantly surprised.

âWell, I didn't hold out this long not to get married in white. And I don't want Damien's family to think I did the dirty on the side.'

I sat forward, searching the street. Where was the bird? The bird was gone. Bounce bounce, flutter flutter, fly away. Something about Shandra's insistence on getting married in white made my skin crawl. I don't know if it was because I didn't want to think about my sister . . . well, you know (ew!). Or if it was because Shandra wasn't quite as pure as she would like people to believe.

âWhat about this one?' Colette asked.

She held up a dress that was very different to anything else in the shop. Shandra had only tried on enormous ones. As far as she was concerned, when it came to weddings, bigger was better. Every time she stepped out of the dressing room there seemed to be way too much dress and not enough Shandra.

I was sure Shandra wouldn't like this particular dress, but I could see why Colette had picked it out. It was lacy and romantic around the bodice, with narrow satin shoulder straps like something from a fancy bra, and it had a much simpler skirt than the others Shandra had tried on. It was lighter too, soft and airy, as if it would actually
move
when Shandra walked.

Shandra shot Colette a âyou've got to be kidding me?' look.

The attendant frowned doubtfully. Well, actually, she continued to look surprised, but in a frowny, doubtful kind of way. She tried to talk Shandra out of even trying it on as they walked into the dressing room.

âWith your freckles it will make you look a bit plain. Like you're getting married in your underwear.'

It was probably the freckles comment that made Shandra determined to try the dress on. Shandra didn't like anyone talking about her freckles.
She won't buy it though
, I thought with a sigh. Shandra had a pretty clear idea of what she wanted. And when Shandra made up her mind about something . . .

Colette sat on another of the vinyl chairs. She stretched out her long legs and sipped her glass of complimentary champagne. I hadn't touched mine.

I nodded. I couldn't think of a witty response. Colette orbited in a whole different galaxy from me.

Colette tapped her middle finger on the arm of the seat. âCome on, Shan,' she muttered. âI've only got an hour of freedom left.' She swigged down the rest of her champagne and then pointed at mine. âAre you going to drink that?'

I shook my head. It smelt sour, like the contents of somebody's stomach.

âDoggone, you King girls are so
good
,' Colette snorted. âThe virgin and the teetotaller.' She sipped again. âNot that there's anything wrong with that.' She raised her glass in a toast. âIf it's not on, it's not on. You remember that, Ruby-lee. I'm a cautionary tale.'

I smiled weakly, not sure what to say. Colette's pregnancy
was
a cautionary tale at my school, even though Colette didn't go there anymore. All the girls knew about it and no doubt most of the staff too. Not all the girls were warned off though. Some were jealous, squealing over baby Maisy when they saw Colette in the shopping centre or in town. They'd take photos with their mobile phones, or demand a cuddle. Last time I'd seen Maisy, months ago at Shandra's twentieth birthday party, she'd been a bundle of blankets and not much more. I'd been too shy to ask for a hold.

Get Me Out of Here by Rachel Reiland
The Final Word by Liza Marklund
A Girl Named Summer by Julie Garwood
Stud by Cheryl Brooks
A Basket Brigade Christmas by Judith Mccoy Miller
To Wed a Wild Lord by Sabrina Jeffries
A Million Heavens by John Brandon
TamingTai by Chloe Cole
The Glass Man by Jocelyn Adams
Galactic Alliance 3: Honor Thy Enemy by Doug Farren