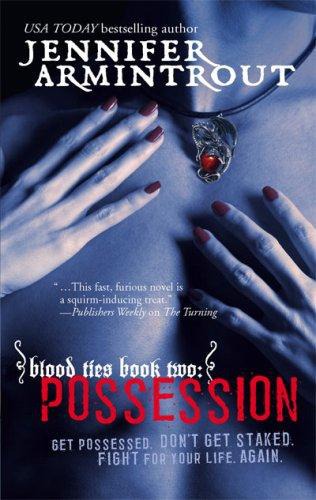 H e didn’t know how long he’d been dead. There was no time, no season, no change, only eternity.

Shadows stumbled around him on the other side of the veil. Two in particular caught his attention. He knew what they were. He’d been one of them. The life he craved was accessible to them. Now, as in his living death, he wanted to leech it from the mortals who couldn’t protect themselves. If he could envy this undead pair, he would, but there was no time. They had no life, so they were none of his concern. On the other side, they couldn’t see him. When he was of the world but not alive, he couldn’t see the ones who’d gone before him, either. Despite their sightlessness, they appeared to follow him. He moved away. He wanted life. It was a fool’s errand, his never-ceasing search for that mortal energy. It throbbed in the people and animals he passed every day, but he could not touch it. Thin though the veil was, it separated him from what he craved. He could reach for it, hold it in his hands, but the film of the shadow curtain always kept him from it. Color, alien to this existence, would have shocked his senses, if he’d had any. The lifeless pair held something between them, shimmering and frightening like the fiery sword the angel held at the gates of Eden. It drew shadows to it like moths to the flame, though he hated such cliché description. He hated more that the thing drew him, as well. The shining rift split wider, and a hand, not full of life but real nonetheless, thrust through. The other shadows clamored for it, sliding over it. Like water on oil, they rolled off the corporeal skin. As if searching specifically for him, the intruder pushed the others aside and grasped him. He stuck.

He hadn’t felt panic since he’d died. Hadn’t felt despair since her betrayal. He felt it now as the rough, real fingers pulled him through the rift. Thick and heavy, feelings he’d almost forgotten happened all at once. Slippery and hot, sensations he remembered being pleasant at one time engulfed him. His formless being squeezed and conformed into a shape at once familiar and horrifyingly foreign. Too bright. Too cold. Too real.

The light stung his eyes. He blinked, but his vision didn’t clear. In his chest, he felt a thump that hadn’t been a part of him for centuries—the beating of a human heart. Alive. He was alive.

He dropped to the floor, screaming and clawing at his mortal prison. The one who’d done it leaned over him and slapped him on the back. The connection of flesh against flesh drove needles of sensation to the bone.

“Y ou dreamed about him this morning, Carrie.”

At the sound of Nathan’s voice, my hands froze on my keyboard. “You’re watching me sleep again?”

This worried me. Besides being phenomenally creepy, my sire’s habit of spying on my nightmares usually flares up when there’s trouble on the horizon. Before our big fight with him two months ago, I’d often wake to find Nathan in bed beside me, staring at me as though I’d disappear if he looked away. Just three weeks after that, when our new blood donor had broken in with the intent to stake us in our beds, Nathan had been sitting in my desk chair, watching over me, waiting for something, anything to happen. Rather than looming in my doorway, he’d come in and sat down on my bed—there really was no place else to go, the room was so small—and settled in as though he’d been invited. Not that I’d been offended. It was his apartment, and Ziggy’s old room didn’t feel quite like home to me.

I studied Nathan as he watched me. I assumed he tried to gauge my mood. He detests arguing with me, and he’d obviously had other hopes for how the conversation would go. Tough.

“So, I’m worried.” At my arched brow, he acceded, “Fine, I’m irrationally angry with you.”

Damn him for looking good. Time stops bothering with you when you become a vampire, and Nathan was frozen at thirty-two. Despite the pallor that comes with seventy years of avoiding sunlight, he remained just as young and handsome as he’d appeared in the photographs he’d saved from his prevam-pire life. More so, actually, because this Nathan was in my bedroom, in living color. Dark hair, gorgeous gray eyes, a body so toned and hard he looked like he’d been a statue of a Greek god in a past life. But it was his eyes that had made me fall for him. Even though he’d been acting tough, and threatening my life the first time we’d met, I’d seen the kindness and sorrow in them. His eyes weren’t just windows to his soul. They were doors that let out things he wouldn’t have been able to hide from me even without a blood tie between us. I’d turned back to my computer, where my latest dissertation on vampire physiology had waited with an impatiently flashing cursor. You can take the human out of the doctor, but you can’t take the doctor out of the vampire. Or something like that. I’d been working on A Case Study of Blood Type Compatibility for Metabolic Efficiency to kill time and distract me from the craziness of the past two months. But it had inevitably caught up with me, so when Nathan had burst in I’d been typing “Crazy Yellow Tube Socks” over and over again. “You said irrationally, not me.”

“I can’t help it.” His embarrassment was evident through the blood tie, but it didn’t quell my annoyance. “What’s going on?”

“Well, for one, I’m tired of this stupid research project—”

“You’re tired of it? I was the one drinking AB negative all damn week.” Though he chuckled, there was a wearing note to the sound.

“And you’ve been watching me sleep, which usually means something major is about to happen. Plus, I’ve been having these nightmares.” I covered my face with my hands, massaging my tired skin. “I’m sure it’s nothing.”

“It didn’t sound like ‘nothing.’” The bedsprings squeaked as he stood. I dropped my hands and gave him a withering look. “Oh, he listens as well as watches.”

The ghost of a sarcastic smile crossed his face as he knelt beside my chair. “You make it sound so dirty.”

I knew he couldn’t help the surge of playful lust that reached me through the blood tie,

because our brains were on a weird, telepathic party line. Unless he blocked me or vice versa, we heard each other’s thoughts and felt each other’s emotions. If one of us had even the slightest inclination toward getting physical, the other one knew—and usually acted on—it.

Unfortunately, the blood tie doesn’t filter negative emotions out, so I always got a heaping helping of after-sex guilt. Thoughts of Marianne, his dead wife, were never far from his mind, so the punishment game usually kicked in within minutes of la petit mort. Once I felt his guilt, I added some of my own over the fact I’d helped cause it, and the resultant snowball effect was a good enough reason to avoid sex with him altogether. At least, not beyond a few just-to-get-it-out-of-our-system flings. Giving those up would be like kicking heroin cold turkey.

Suicide Hill by James Ellroy
Left Behind by Freer, Dave
"A Murder In Milburn", Book 1: Death At A Diner by McGovern, Nancy
Until I Die by Plum, Amy
Twin Fantasies by Opal Carew
Out of Bounds by Kris Pearson
Reclaiming Her Alpha (Paranormal Werewolf Shifter Romance) by Reyer, Celina
An English Ghost Story by Kim Newman
Kissing Toads by Jemma Harvey
Faking It by Elisa Lorello