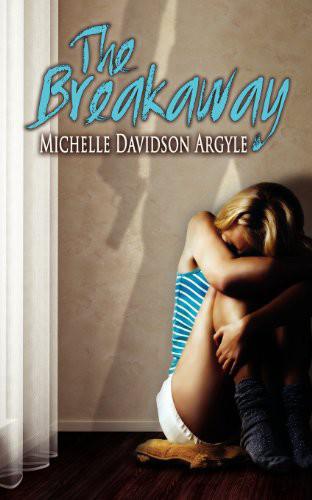 “Lush, literary, and multi-layered,
The Breakaway
is completely compelling. Michelle Davidson Argyle is a talent to watch!”

~Zoe Winters, author of
Save My Soul

“With secrets layered upon deception,
The Breakaway
is a book that kept me up late into the night. It has that amazing quality that left me thinking about the characters long after I was finished reading.”

“Michelle Davidson Argyle is not only a writer of great skill, she is a writer with a very sharp and compassionate understanding of the human condition many of us fail to appreciate. I believed every word of
The Breakaway
. And you will, too.”

“The Breakaway
is a suspenseful, contemporary novel layered with psychological tension. Argyle gives us a peek at the internal struggles of a kidnap victim and keeps us questioning one thing—is Naomi a victim of Stockholm Syndrome, or is she being smart and waiting for her one and only chance to escape?”

“The Breakaway
is a total mind-bender. This literary roller coaster ride of love, hate, right and wrong will leave readers riveted and breathless.”

“An unflinching portrayal of a young woman’s growing attachment to the criminals who kidnapped her, Michelle Davidson Argyle’s
The Breakaway
will leave your heart broken, but your spirit hopeful. You won’t be able to put it down until you’ve read every last word.”

Other works by Michelle Davidson Argyle:

All rights reserved. No part of this book may be reproduced or transmitted in any form or by any means without prior permission of the publisher except for the use of brief quotations in a book review.

The Breakaway
has literally been around for half my life. It was the first novel I ever wrote, and has been through many revisions and edits, not to mention read by countless people throughout the years. This means the book has been influenced by many, and it would be impossible for me to remember and name every person who has made a difference in this novel. There are several people, however, who stand out in my memory for helping to shape Naomi’s story in very significant ways. One of them is a fellow writer, and although she is no longer here with us, her writing has changed my life and was a powerful influence for
The Breakaway
in its later drafts. Thank you, Kate Chopin, for writing such brave, beautiful fiction.

Natalie Whipple, you gave me new hope for this story. In a lot of ways, a door opened when you talked to me about how parts of Naomi’s relationships affected you. I can only hope the story will touch those who need it, just as you have said.

Thank you to Kasie, Candice, Jenn, Ren, and Sara. Without you, Karen’s story would never have worked.

Thank you to Mandy and Angie. You two stuck with me when this story first took shape. Your enthusiasm was a defining factor in my choice to keep writing.

Calista, if it weren’t for your encouragement, I would not have blown off the dust and started writing this book again. Or maybe even writing, period. Thank you from the bottom of my heart.

Becca, you rock in more ways than anyone will
ever
know. You are my touchstone for story logic. You make my words shine.

April, how can I say this? You handed me the missing puzzle pieces I could never find. You understood this story (and me) on levels I never wanted to see before, but now I can embrace them. Happily!

Mom and Dad, thank you for being dedicated parents. That has been my greatest touchstone for this novel.

For always being there. Now and forever.

THE KIDNAPPER LOOKING DOWN AT NAOMI held a book of poetry to his chest. She didn’t know what he was doing with the poetry, but it was the first thing that fueled her hope of staying alive.

“I’m Jesse,” he said, and bent down to touch her arm. His hands were small, but she guessed he was stronger than he looked. “How do you feel? Dizzy? Sick?”

She tensed. Why did he care how she felt?

“Not dizzy,” she said slowly. Her tongue was dry, and her voice was strange through a faint ringing in her head, like the sound of a muffled bell. “I don’t know. I thought I was home. I thought—”

A few things came back; screeching tires, darkness, the smell of leather. Now she felt a flattened, unfamiliar pillow beneath her head. It smelled of dirty hair. She hated that smell, and held her breath. Up until this moment, her life had been simple. Or at least she had thought so. Now it all felt upside-down.

“I won’t hurt you if you do what I say,” Jesse said, pressing her forearm with his thumb. With his other hand he clutched the book closer, if that was possible. Naomi winced at his touch. She wanted his hand off her, but she didn’t dare resist him. The calm side of her brain took over. It told her to stay still, do what she was told, and an opportunity for escape would come later. There was always a chance for things later.

She clutched the bedspread as she looked around. Sunlight peeked through a thin gap in the curtains across the room. There was a patch of blue sky, parked cars. She was in a motel. Her heart picked up pace and it made the ringing in her head louder. What would they do to her here? She didn’t want to think about that. She couldn’t. She shoved the thought away and focused on the moment.

Jesse curled two more fingers around her arm. “What did you see in the parking lot last night?”

“Parking lot?” She looked into his eyes, hoping she would find an answer. All she found was a beautiful green. It was a striking combination with his short, reddish brown hair. That was unexpected, like the poetry. What kind of a kidnapper read poetry? It was the only thing she could cling to—a delicate flower in the middle of a burned field of weeds.

“You mean the parking lot outside the window?” she asked. She had no clue what he meant by asking her what she had seen. What day was it? Friday? She had gone to school, done her homework, spent most of the night with her boyfriend, Brad. His sheets had smelled like his cologne, so strong she thought he might have spilled the bottle. When she complained, he kissed her. Then he kissed her some more. One thing led to another. She hadn’t finished her homework, she realized. They had walked to the park at two in the morning, Brad hauling her camera equipment.

“Think,” Jesse urged. “I need to know what you remember. Try, please.”

Why didn’t he just leave her alone? She didn’t want to talk or think. She touched the base of her skull. A tender wound. Red flakes on her fingers. Her head must have hit something hard. She blinked and scrambled to sit up, groaning as pain shot through her arms and legs. Aching bruises everywhere. None of them hurt as badly as the one on her face. She knew what had caused that one.

Jesse backed away when she let out a cry and fell back to the pillows. “What happened to me?” she whimpered. “What did you do to me?” She craned her neck to find the motel door. It was across from the bed, begging her to run.

“Tell me what you remember.” He was starting to look angry.

She didn’t remember anything! She should be in a hospital, or at least her own bedroom. She should be in Brad’s arms. His bed was familiar, his embrace comforting and protective, until last night. No, it was earlier. She lifted a hand to her left cheek. She still couldn’t believe he had done it.

“Start talking,” Jesse ordered. He was obviously losing patience. Naomi looked up, frantically searching her mind for one scrap of memory. Would he hurt her if she didn’t come up with something right this second? She kept her mind focused on the poetry. A strange side. A soft side.

“The park,” she said, remembering a grove of black eucalyptus trees, misty through a veil of fog. Brad leaning against a tree with his hands pushed into his pockets. “I was taking pictures.”

She remembered squinting through the lens of her camera, deciding what exposure she should set to capture the fog rolling through the grove. “I wanted to go home, so I cut through the parking lot.”

Garbage dumpsters loomed through the fog. Out of nowhere, a set of blurry, yellow lights slammed into her.

“What kind of car?” His voice was more urgent.

“You’re certain that’s all you saw? No license plate? No make or model of the car? Nothing else?”

“Nothing.” She glanced at the book. Seamus Heaney, a poet she had studied last month in her advanced English class. That was weird. Nothing about this seemed right. She wanted to curl up and hide, but instead she looked at Jesse’s face. The stubble across his jaw was a deeper red than his hair. He was dirty and messy, not much older than her, maybe in his twenties. Rough. Dangerous. Not like somebody who read poetry.

She clamped her lips together, darting her attention to the door. He was distracted. This was her chance.

Scrambling off the bed, she ignored her pain and ran to the door. Her body was fluid and strong, her mind instantly focused. She reached for the handle, but Jesse was too fast. He knocked her to the floor so hard she yelled out. The scratchy rug reeked of cigarette smoke.