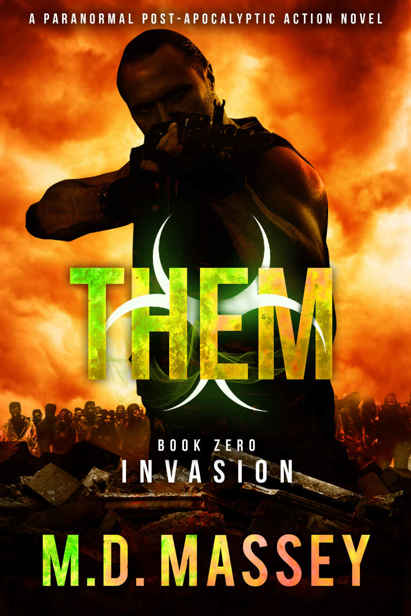 Get your FREE novella now at

All rights reserved. No part of this publication may be reproduced, distributed or transmitted in any form or by any means, including photocopying, recording, or other electronic or mechanical methods, without the prior written permission of the publisher, except in the case of brief quotations embodied in critical reviews and certain other noncommercial uses permitted by copyright law. For permission requests, write to the publisher, addressed “Attention: Permissions Coordinator,” at the address below.

Dedicated to all the warriors who are still fighting

their own personal battles, day by day.

“While my wife at my side lies slumbering, and the wars are over long,
And through the stillness, through the dark, I hear, just hear, the breath of my infant,
There in the room, as I wake from sleep, this vision presses upon me:
The engagement opens there and then, in fantasy unreal;
The skirmishers begin‌—‌they crawl cautiously ahead‌—‌
I hear the irregular snap! snap!
I hear the sounds of the different missiles‌—‌the short t-h-t! t-h-t! of the rifle balls;
I see the shells exploding, leaving small white clouds‌—‌
I hear the great shells shrieking as they pass;
The grape, like the hum and whirr of wind through the trees,
(quick, tumultuous, now the contest rages!)
All the scenes at the batteries themselves rise in detail before me again…”

~from The Artilleryman’s Vision, by Walt Whitman

I WAS JUST PULLING my old Toyota Hilux 4x4 into the Stop N’ Steal parking lot when I saw him standing there, kinda swaying back and forth, just generally waiting to get run over.
Aw shit
, I thought.
Better help him before Randy comes along and locks him up
. Randy was the local constable, and along with the sheriff’s deputies who patrolled this area, he was most of what passed for the law in these parts.

Folks who aren’t from Texas don’t realize it, but there are counties in West Texas bigger than most Yankee states. Most of them are sparsely populated, which means there’s a whole lot of land with not a lot of law to go around. Suits me just fine. I like to spend my time with as little government interference as possible.

Another thing most folks don’t realize is just how close most of the state is to Mexico. That means we get a lot of illegals coming up from south of us, looking for work and a better life. I don’t hold it against them, being as my ancestors pretty much came to Texas the same way, albeit before Texas was a state. Even though I’m mostly a fan of respecting the rule of law, I still try to help them any way I can.

Sadly, this character looked like he’d been sick for days. Nearest hospital was in Kerrville, and he likely had no way to get there, all on his own. Musta just got into town. Coyotes would smuggle illegals just far enough to evade border patrol, then they’d give them a jug of water and say, “Walk that way until you find a town.” A lot of them died each year, lost in the desert scrub‌—‌most often from dehydration, starvation, or exposure. A good part of them were kids. I had an uncle who’d worked as a cop on the border in South Texas for the better part of 50 years, and he’d tell stories about finding kids dead in the scrub. Haunted him for the rest of his days.

So when I see a guy like this one, I do my best to step in and help them get where they need to be. But this guy, he looked like he was really bad off. For one, he stuck out like a sore thumb, which was bound to get him picked up by
La Migra
quick. He was wearing a pair of snakeskin boots that looked like the soles were worn right through, a pair of acid-washed jeans that had seen better days way back in the eighties when they were probably made, and a dime store western shirt. An Astros hat topped it all off, which he’d probably bought thinking it would help him blend in, the poor guy. I pulled my truck up and yelled out the window to him.

“¡Oye! ¿Necesita un paseo?”
Hey! Do you need a ride somewhere?
Nothing. The guy just stood there, rocking back and forth. I could see his eyes were glazed over, and he looked like he was about to pass out. I grabbed a water bottle from the passenger seat, turned the truck off, and got out to help him.

“¿Señor, quieres agua?” I asked as I approached him from the front.

He was still zoning out as I walked up. It looked like he’d need medical assistance, for sure. I unscrewed the cap and walked up with the bottle held out to him; just as I did, his eyes rolled back and he collapsed.

I dropped to the ground next to him and shifted into combat lifesaver mode. The guy looked like he was either vomiting or foaming at the mouth, so I rolled him over onto his side and checked to make sure his airway was clear. A few years in 3rd Batt and a couple of tours in Afghanistan, and you pick up a few things about first aid. He appeared to be breathing okay, so I looked around to find someone to call 9-1-1.

Thankfully by this time we’d started to gather a crowd, mostly tourists who were down here to see the leaves turn at Lost Maples State Park and maybe do a little tubing on the Frio, what with the Indian summer we were having. I tolerated them most days, but just barely. Bunch of yuppies and hipsters from Austin, with the occasional drunk-ass frat boy thrown in for good measure. I kept reminding myself they’d be gone in a few weeks, and good riddance. I also reminded myself that frat boys often brought sorority girls with them, which tended to make the summer and fall tourist seasons a bit more bearable. If only just.

Most of them had their cell phones out and appeared to be filming the action. Welcome to the age of social media, where idiots would rather shoot a viral video than help their fellow humans. Sign of the times, I suppose. I didn’t even own a cell phone, refused to carry one. Like I wanted the government to be able to track my every move. They had gotten enough out of me in the ‘Stan; now I just wanted to be left alone.

I turned to a fat guy in a Hawaiian print shirt, flip flops, and cargo shorts. “You, Peter Griffin! Call 9-1-1, this guy obviously needs help.”

The guy gave me a hurt look and started dialing his phone. “I was going to call…no need to start insulting people,” he mumbled as he dialed.

I sneered and went back to helping my anonymous friend. In the time it had taken to tell the fat guy to call an ambulance, the guy had stopped breathing.

“Aw, hell!” I said to no one in particular. I jumped up and pushed through the crowd to my truck and pulled a med kit from behind the seat. It had a CPR pocket mask in it, because damned if I was going to give this guy mouth to mouth through all that foam and puke. I got it ready as I pushed my way back through the crowd, and of course no one else had started CPR yet. I dropped down next to the guy and cleared his airway again, giving him two quick breaths, then I started chest compressions. I could hear the crowd mumbling behind me as I worked.

“Oh man, this is going up on Facebook right now! The guys are going to flip!”

“Shouldn’t someone call an ambulance? I think they did already, right?”

“Where’s the Border Patrol when you need ‘em? If they were doing their cotton pickin’ jobs, this kind of thing’d never happen.”

And so on. I blocked them out and focused on keeping this guy’s heart beating for him, a task that seemed to drag on into eternity. It was always like that when you were pumping on somebody’s chest, which I’d done more times than I would have liked in the ‘Stan. As I looked down at my hands, willing the guy’s chest up and down, I could almost smell the gunpowder and feel the grit between my teeth. To my horror, before I’d made it through two cycles of compressions I started to feel like I was back
there
again.

Oh, bloody hell. Not again.
My breathing started to quicken and I could feel a full-on panic attack about to hit.
Not good, Sully. Not good at all.

I tried to slow my breathing, which was kind of difficult considering all the work that went into keeping the guy’s blood moving and keeping air going in and out of his lungs. So far no one had volunteered to do two-person CPR with me, and I was getting light-headed along with feeling like my own heart was beating out of my chest. Everything closed in. I couldn’t focus. Couldn’t breathe. Couldn’t think.

Just a few more minutes. Surely just a few more minutes. Ambulance should be here anytime now
, I reassured myself. Only, it might not. Real County covered over 700 square miles, and the local EMS crews could be busy with a drowning, agricultural accident, or motor vehicle collision halfway across the county. Just thinking about that started making me flip out more.

“Balls!” I whispered loudly in frustration. I was starting to see spots, my breathing was coming fast and shallow, and I was about to lose my shit. That’s about the time the guy came back to life.

I was pumping away on the guy’s chest when his eyes popped open. They were rheumy and covered in a white haze, not unlike someone who had suffered flash burns to the eyes. His eyeballs sort of rolled around a bit, then he took in a deep, shuddering breath, starting to moan and paw at the air and ground.

I placed a hand on his shoulder to calm him. “Cálmate hombre, todo está bien. La ayuda ya viene en camino.”
Calm down, everything is fine and help is on the way.

The Idea of Love by Patti Callahan Henry
The Crystal Frontier by Carlos Fuentes
Origins of the Never: A prequel to The Tales of the Neverwar series, with dragons, elves, and faeries. For Young Adults and Teens by CJ Rutherford, Colin Rutherford
Deadly Descent by Charles O'Brien
Cold Touch by Leslie Parrish
El caballero inexistente by Italo Calvino
Licensed for Trouble by Susan May Warren
Delta Stevens 1: Taken by Storm by Linda Kay Silva
The Hat Shop on the Corner by Marita Conlon-McKenna
Number Theory by Rebecca Milton