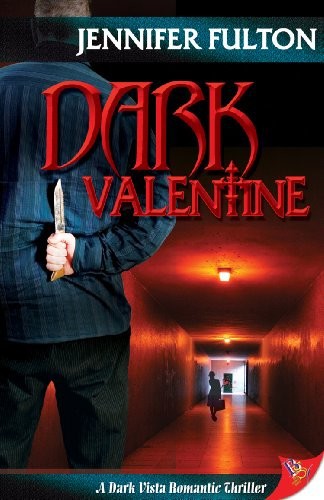 This trade paperback original is published by

This is a work of fiction. Names, characters, places, and incidents are the product of the author’s imagination or are used fictitiously. Any resemblance to actual persons, living or dead, business establishments, events, or locales is entirely coincidental.

Rhianna Lamb knew the feeling. Dangling a cocktail napkin into her wine, she collected the insect flailing in the ruby liquid and lifted it to safety. As she gently shook the napkin beneath the table, she felt someone behind her.

In a throaty bass, a woman asked, “If I tell you I’m drowning, will you save me, too?”

Rhianna looked up and met bold, dark eyes the color of wet shale. They were a little creased in the corners, like the owner’s mouth, and just as shamelessly sensuous. The face did not belong to the woman she’d expected to meet here.

“Well, that would depend,” she responded.

She stole a look at the clock above the bar. Her date was an hour late. Louise was supposed to be driving over from Los Angeles that afternoon. Maybe she’d been held up along the way. Rhianna had tried her cell-phone number several times, but all she got was voice mail. She supposed she should have known better than to plan a face-to-face with someone she’d met online. Anything could go wrong, and obviously had. She and Louise—if that was even her name—had exchanged pics three weeks ago and had spoken on the phone several times, planning this meeting. If Louise had cold feet, why not say so? How rude to simply not show up.

Rhianna let her gaze travel slowly over the stranger who had unknowingly taken her place. She had already decided not to have unrealistic expectations about her date. She would have settled for a seven out of ten, maybe even a five with decent manners and clean fingernails. But the woman standing at her table was fantasy material. A ten, and then some.

Rhianna glanced at the hands held loosely at her sides. No nervous fidgeting. They were streamlined and beautiful, the nails short and perfectly manicured.

“I have other pickup lines if you would like to hear them,” the woman offered.

“Well, since I’ve been stood up,” Rhianna smiled at her, “why not?”

The stranger promptly pulled the two spare chairs out from the table, asking, “May I?”

“Be my guest,” Rhianna invited.

The woman pushed one chair into a gap at a next table before occupying the other. “How to score. The second rule—discourage rivals.”

Rhianna laughed. “You got rid of the extra chair to stop anyone else from joining us?”

“Absolutely. And my proof…ball cap and attitude at nine o’clock?” She indicated an athletic brunette with her back propped against the bar counter. “I think she got the message.”

Rhianna had noticed the woman at the bar just before the insect episode. She’d felt someone watching her but had paid her prickling nerves no mind. She hadn’t come this far to be undone by her own paranoia. “Okay, if the second rule is to scuttle the competition, what’s the first rule?”

Without batting an eye, the stranger said, “She who hesitates masturbates. I’m Jules, by the way.” She stretched out her hand.

First names only. Good idea. Rhianna took the hand. As her cool palm connected with warm, firm flesh, she offered the name she’d been using for the past six months. “I’m Kate.”

“It must be a sign,” Rhianna said with a dry edge.

“Spoken like a true cynic. How about this—I buy you a drink without a bug in it, and you tell me why you’re as romantically disenchanted as I am?”

Rhianna grinned. She had no plans to go down that track. Keeping their conversation strictly superficial, she teased, “What will you disclose in exchange?”

Jules smiled lazily and her eyes dropped to Rhianna’s breasts, earning a taut response from her nipples. “My room number.”

“Very smooth.” Rhianna’s belly took a nosedive and she realized she no longer gave a damn what had happened to her online hookup.

Jules moved her chair a little closer, and Rhianna caught the scent of her. Subtle. Mildly spicy with a trace of something mouth-watering, like rich chocolate. “When I’m hitting on a woman who could have anyone,” Jules said, “I try harder.”

Was such determined banter the norm in this type of situation? Rhianna did not usually meet women in bars, so she had no idea. Even attending the occasional lesbian fundraiser, she had never encountered anyone who could flirt as slickly as this woman. She decided Jules had probably done speed dating.

Trying to sound more lighthearted than she felt, she replied, “I take it the third rule involves paying insincere compliments.”

“On the contrary.” In earnest deadpan, Jules said, “My most brazen flattery is reserved for women who rescue fruit flies from their wine. Everyone else just gets a comment about their great shoes.”

Rhianna burst out laughing, surprised to find herself charmed by this unsubtle pickup technique. “I have to tell you, the drinks aren’t that good here. No one should have to die for one, not even an insect.”

Warm indulgence flooded Jules’s expression. “You sound like a Jain, although I guess you wouldn’t be sitting here imbibing alcohol if you were.”

“I’m impressed. Most people have never heard of the Jain.”

Jules gave a self-effacing shrug. “I knew the comparative religion studies would pay off one day.”

This was how it was done, Rhianna thought, no pretense that anyone was going to exchange a life history or even talk about their pets. Some amusing verbal sparring, then sex. They both knew what they were negotiating, and Jules was clearly at ease with the transaction. Rhianna wondered if she had any idea that she was flirting with a woman who was faking it. Probably not. The trashy dress had turned out to be a good investment, making up for her lack of natural charisma.

Rhianna had left the more elegant clothes she owned back home in her closet for this trip. In her last job as a fashion buyer, she had accumulated a wardrobe of carefully chosen high-end garments that were more subtle than sexy. None of them had seemed appropriate for the occasion she was planning when she set out for Palm Springs.

Striving to send the right signals and not to allow her body language to betray her, she tilted her head back just enough to emphasize her breasts. Then she slid a finger slowly around the neckline of her dress as if to loosen it a little, a laughable idea for a bodice so skimpy she might as well be wearing lingerie.

“Tell me honestly,” Jules said. “Is there a line you
haven’t
heard tonight?”

“Actually, I’ve been sitting here for more than an hour and you’re the first woman who’s talked to me.”

“Seriously?” Jules glanced around the room with an expression of incredulous derision. “That’s the best news I’ve heard all day.”

“There’s plenty more where that came from if you want to hang out with me. But first, are you taken?”

Rhianna hesitated. She hadn’t been “taken” for almost a year, and hadn’t wanted to be. “Not lately.”

The stone-dark eyes glittered. “I would be honored to end that, er…dry patch for you. Interested?”

“Hmm…let me think about that.” Rhianna hoped her stalling tactic sounded mischievous instead of dubious.

Her companion responded with a knowing smile. “Oh, don’t be coy. You’ve been thinking about it ever since this afternoon. I saw you cruising me by the pool.”

Rhianna stiffened in surprise. “You’re staying at Casitas Laquita, too?”

“As luck would have it.” Jules’s stare burned so hot Rhianna’s skin felt flushed. “Convenient, huh?”

The woman she’d seen lounging under a shade umbrella earlier in the day had been wearing dark glasses and a visor. Rhianna pictured Jules in a tankini. Yes, hers could definitely be the body that had made reading impossible. Rhianna had fantasized about stretching out alongside that body, letting skin slide against skin. She had even imagined a kiss. Now, incredibly, she was just inches away from the lips that could deliver on that daydream. She promptly froze with anxiety.

I need a stiff drink.
Several, in fact.
“I didn’t recognize you fully dressed,” she said unevenly.