Wonders in the Sky (7 page)

“At Hadria an altar was seen in the sky and about it the forms of men in white clothes.” 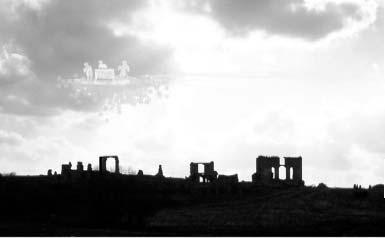 Fig. 3: An interpretation of the Hadria sighting

This illustration attempts to capture the scene, which suggests an event remarkable enough for historians to have noted it, and for a record to have been preserved. We suspect, however, that a confusion of locations may exist with the case of 218 BC in Amiterno. White clothes are indicative of sacerdotal garments.

“As it was fully expected that there would be war with Macedonia, it was decided that portents should be expiated and prayers offered to win âthe peace of the Gods,' of those deities, namely, those mentioned in the Books of Fate.
At Lanuvium the sight of a great fleet had been witnessed in the heavensâ¦.
”

A “sun” shone at night for several hours. The original text reads: “Consulship of Tiberius Gracchus and Manius Juventus: at Capua the sun was seen during the night. At Formice two suns were seen by day. The sky was afireâ¦In Cephallenia a trumpet seemed to sound from the skyâ¦By night
something like the sun
shone at Pisaurum.”

These phenomena are grouped together by a chronicler, but they were not observed at the same time or in the same region. It is frustrating for us not to have more detail.

Note that this is the last of Lycosthenes' restored cases; all further references from Obsequens' book were also in the original.

A huge luminous body lit up the sky, and three moons rose together.

Pliny writes in his
Natural History
, Book II, Chapter XXXII: “Three moons have appeared at once, for instance in the consulship of Gnaeus Domitius and Gaius Fannius.”

Another citation from Dio Cassius (Roman History, Book I) states: “At Ariminium a bright light like the day blazed out at night; in many portions of Italy three moons became visible in the night time.”

The observation of triple moons in the night sky is a rare but explainable atmospheric phenomenon. We include the case because of the ambiguity about the coincidence of several phenomena making a strong enough impression to be recorded by serious authors.

103 BC, Amelia and Todi, Italy
Shields clashing in the sky

During the War with the Cimbri, “from Amelia and Todi, cities of Italy, it was reported that at night there had been seen in the heavens flaming spears,
and shields which at first moved in different directions, and then clashed together
, assuming the formations and movements of men in battle, and finally some of them would give way, while others pressed on in pursuit, and all streamed away to the westward.” The description of the objects' behavior is puzzling, radically different from what would be expected in the case of a meteor shower. Nor does it fit well with an aurora borealis. Note that Obsequens locates the sighting at Rimini in the Emilia-Romagna region of Italy.

In Tarquinia, over a wide area, a fiery meteor was seen, which flew away quickly. “
At sunset a round shield (orbis clypeus) flew west to east
.”

As noted before, the reference to “flying shields” appears several times in the old chronicles. In the absence of additional detail, it is impossible to determine whether the object was a meteor that seemed disk-shaped. We mention such cases with reservation. The document does specify that the object was “round”, suggesting a defined structure.

91 BC, Spoletium in Umbria, N. Rome, Italy
Globe, flying up!

“Near Spoletium a gold-colored fireball rolled down to the ground, increased in size; seemed to
move off the ground toward the east and was big enough to blot out the sun
.”