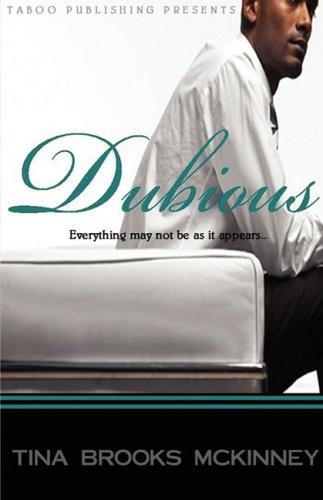 All Rights Reserved. No part of this book may be reproduced in any form or by any means including scanning, uploading, electronic, mechanical or photocopying or stored in a retrieval system without permission from the publisher.

This book is a work of fiction. Names, characters, places and incidents are generated from the author’s imagination. Any resemblance to actual events, locales, living or dead is entirely coincidental.

In lieu of posting dedications in this novel, I want to give a warning to my fellow readers and writers. Cyrus Webb, of Conversations Book Club is a liar and a theft. Please do not support anything that he is affiliated with. He has cheated authors out of their money and their books. If you're scheduled to visit with him--proceed with caution. DO NOT LEND HIM MONEY AND DON'T LEAVE YOUR BOOKS WITH HIM.

While there are many legitimate book lovers and promoters out there, he is not one of them. Beware of this crook! Ask questions before you decide to proceed. Most of us will give you honest opinions.

I will shout out some of my legitimate friends, Savvy Book Club, Between Friends, Page Turner Book Club, Press & Curl Sisters.

Typically, my acknowledgements are long but I’m not going there this time. The people that are in my life know who they are and how much I appreciate them. I do want to send a special shout out to the new people that haven’t been listed in any of my previous publications. Again, I ask that you not bash me because I didn’t list your ass separately. I still love you but this is the hardest part of writing a book. With that said, here we go. I would like to thank first and foremost God, I prayed on this novel because of the subject matter. I knew folks would start to look at me funny when it hit the streets. Let me go on record as having said, I didn’t try none of this shit in the book. It was purely my imagination. In fact, the whole premises of this story came from my getting my hair braided and a subsequent conversation that was going on while I was there. I have not slept with a dog, nor do I have a dog so please do not think I have this twisted stuff going on at my house.

On my dedications page, I blasted a crook but there are many book clubs that are supportive and one of the many clubs, in Jackson Mississippi, was the Savvy Book Club. They stepped up to the plate when Cyrus showed me his ass to kiss. I need to say a special thank you to Ms. Rose, the president. She showed me much love and continues to do so. I would also like to shout out my fellow authors that have taken this journey with me on this book. Authors – Oasis, Shelley Halima, Wanda D. Luv, Trice Hickman, Dwyane Burch, Rodney Lofton and so many more. It was your strength, faith and hope that encouraged me to do this. Special shouts out to Brenda Hampton for her work on the cover and layout of this book!

To my avid readers please know that this book is a stretch from my normal works. I actually did this for you to let you know I cannot be pigeon holed into one genre. If a story needs to be told, I want to be the one that told it. This book does not denounce or promote such activities—they exist and I wrote about it.

Finally, to my family, my husband and number one supporter, my children Shannan and Estrell, my parents, who I’m blessed to still have, Ivor and Judy, and my sister Theresa. I love you all. Lawd knows ya’ll have put up with my ass throughout my writing life. I know you are sick of me saying “I’m on deadline”. Thanks for putting up with me in spite of my shortcomings.

I could go on and on but since I’m paying for the pages, I’m stopping here. Please don’t misconstrue my intentions. If you are in my life, I love you. I wouldn’t have it any other way.

“
My drought ends today!” I slapped my fist against the cool glass that covered my maple desk and winched in pain. “Ouch!” I shook my hand trying to soothe the ache away.

In retrospect, the soreness was nothing compared to the hurt in my heart. But it ended today. I grabbed my DK bag from my bottom drawer then fished through it for my keys.

I was becoming more frustrated by the minute because the keys were eluding me. Is this a sign from God telling me to sit my black ass down? The thought stunned me. For a brief second, I stopped searching.

“
Naw, the good Lord knows that if I don’t get laid soon, I’m going to go postal up in this camp. I know he doesn’t want that!” I knew something had to change because I had started talking to myself, and I wasn’t sure what that would have escalated to. I shook my bag, and short of flipping it over on the top of my desk, I found them.

I was about to go on a mission.

I stopped only long enough to tell my secretary, Shakira, that I was taking an extended lunch. The look she gave me was priceless. I hit the parking deck moving faster than the law should have allowed. The clacking of my heels against the concrete was the only sound I heard.

It was barely eleven in the morning, and I had written work off. What made it so bad was I didn’t even look to see what was on my calendar for the rest of the day. The urge to be fucked was just that strong. It had been two long years since I’d held my husband in my arms, and I was sick and tired of the bullshit.

Sliding into the driver’s seat, I flung my purse into the back and snapped on my seatbelt in two fluid movements. My reflection from my rearview mirror caught my attention. The image that stared back scared the hell out of me. I looked like I was one of those crazy and deranged people they talk about on the Michael Baisden show. I snickered as I put the car in
drive
and peeled out the parking deck only stopping long enough to punch in my exit code.

My plan was simple: I was going to seduce my husband. He was going to give me the loving that I’d been craving for by hook, crook, or any means necessary. I was tired of pleasing myself at night and sleeping in our king-sized bed alone. I was not made for that crap. I needed me a nice hunk of meat to warm me up and then hose me down, preferably with his mouth.

The sad part about this whole situation was I didn’t realize it had been two years until I had come across an old anniversary card that I had stuck in my desk. It reminded me of just how long it had been since Randy and I actually talked face to face, fucked, or anything else. He was so caught up in running his own business; he never took time out for us.

Although I wanted to place all the blame on him, I had to admit my part in the situation. When he had first started working those crazy hours at the kennel, I did nothing but complain. He had accused me of being selfish and wanting him to fail, even though I had put up the money to finance his dream. Hurt that he could even think such a thing about me, I decided to never say another word about the time he put in. At first I thought it was admirable, and I felt good about my investment. But that shit had gotten real old. Desperate times called for drastic measures.

Lost in thought, I had driven right pass the mall. “Damn,” I said, hitting the steering wheel for emphasis.

I waited impatiently for the light to change then risked a ticket by doing a U-turn in a lane that was clearly marked for no such turns. My eyes search my rearview mirror, praying that no blue lights were flashing behind me. Thank, God.

I was behaving so irrationally, I was scaring myself. To my surprise the mall was crowded, and finding a parking space was not easy. Slowing down to an empty spot, I debated on whether or not to risk my luck by parking in the handicapped spot. Thankfully, I notice another spot farther down the aisle.

Bypassing my favorite store, Macy’s, I went right to Victoria’s Secret in search of the perfect raunchy outfit that would make Randy want to suck the lining out my pussy. It was short, black, and sexy, and the matching thong was see-through.

I spent a few extra minutes picking just the right scent that would tickle his nose but still please his mouth. Satisfied with my selection, I hurried to the register and paid for my items.

I could hear my cell phone chirping in my purse. Since it was not the ring tone that I had assigned to Randy, I didn’t answer. Truth be told: I would not have spoken to him anyway because that would have spoiled my plans. With my bags in tow, I rushed back to my car.

During the drive home, I fantasized about the afternoon of loving I had planned. The hardest part was going to be getting my husband there to participate. If someone would have told me three years ago that I would have had to resort to trickery to spend some time with my husband, I would have told them they had lost their damn mind. I thought about how my marriage had spiraled downward and said to myself, “What happened to us?”

I jumped in the shower and went over the details of my plan as I gently shaved my pubic hair. This was something that Randy had always asked me to do, but I had dismissed the idea because the new growth was bound to itch. The last thing I needed was an itchy coochie while cross-examining a witness. That thought made me laugh out loud. Laughter was foreign to me.

I can’t remember the last time I had done it.

I stepped out the shower, hurried into the bedroom to dress. Resisting the urge to tie my hair into a ponytail, I opted to leave it hanging down instead. As I spread lotion on my legs, I could not help but to imagine Randy’s hands on my legs instead of my own. Not wanting to waste another minute, I snatched the phone from my nightstand and called Randy.

He picked up on the third ring. “Randy speaking.”

I could hear him sigh as if I had interrupted him at a critical moment. I fought the urge to get mad. “I know that you are super busy, but we’ve got a problem.”